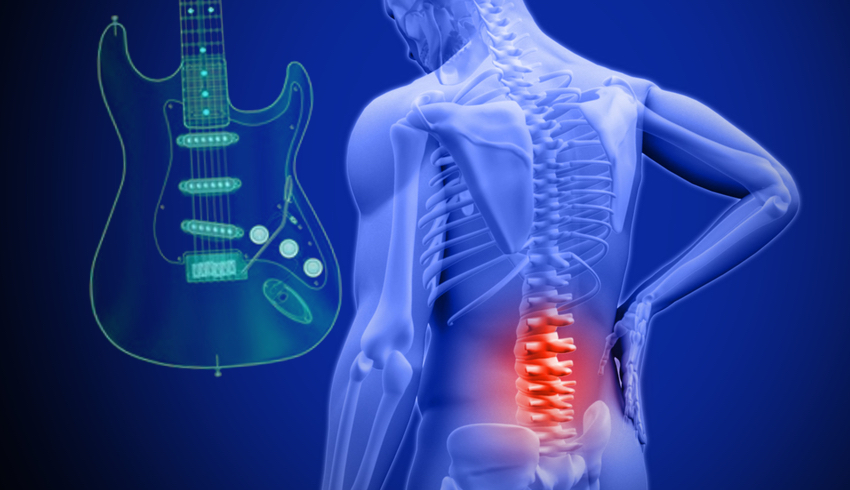 Back pain is a problem that affects thousands of guitarists around the world – notwithstanding their age. If this applies to you, here’s a few pointers to help you cope with this problem.

Before we start – back pain is a condition that should be taken very seriously, so if you suffer from this, you should seek professional medical advice at once.

Though people from any age can suffer from back pain, it’s true that the older we get the more prone to such problem we are, due to the inevitable fragility of our bodies as we age.

It can happen to any of us, as we age, and even experienced guitarists such as Eric Clapton had to cancel gigs due to back pain. 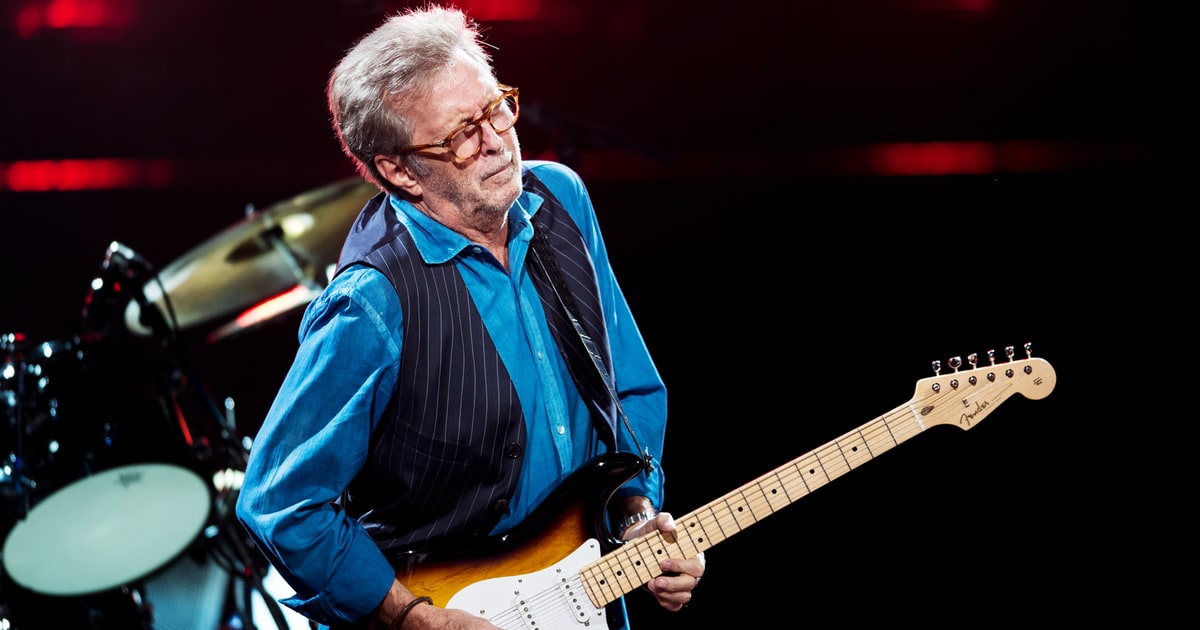 Having said that – there’s more at play than just age, and in fact playing guitar itself can be the cause of back pain, due to many different factors such as poor posture, or even simply playing on for too long without rest. Which means – there are a few things you can actively do to prevent – or at very least minimise – back pain. Here’s some of the most important tips:

When it comes to back pain, posture is (almost) everything. Chances are there’s something in your posture, in the way you play guitar, which is contributing to your back pain.

For instance, even though hanging the guitar low can look “cool”, it’s not the best for your back – setting the strap so as the guitar is higher is more helpful.

Also, make sure to have your back straight, and don’t lean your head too much forward – which some players do trying to keep looking at the fretboard.

There are also more comfortable straps which evenly distribute the weight across the shoulders and waist. 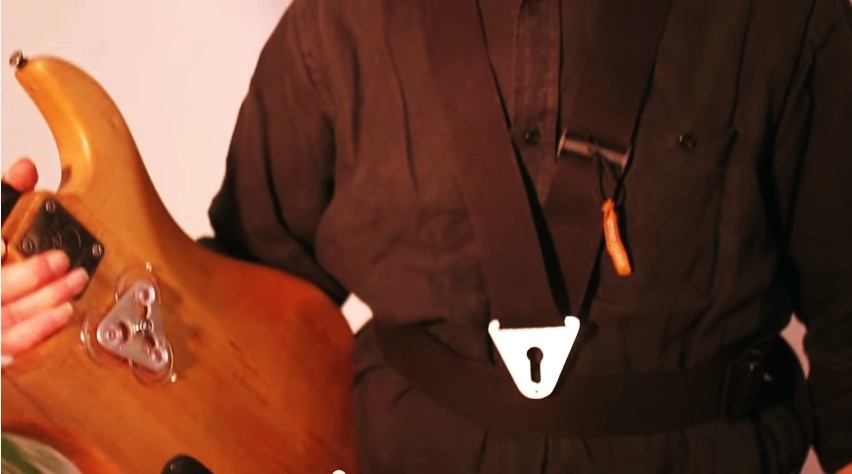 This type of strap is connected to the center of balance of the guitar, and while it doesn’t look like the coolest of guitar accessories, it allows better posture to be developed and could help you prevent back and shoulder pain.

Here’s another “back friendly” guitar strap: 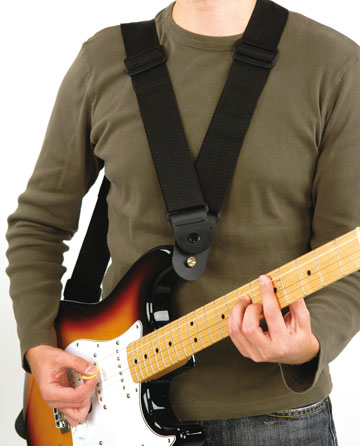 Playing sitting down can be a good way to relieve the stress from your back and shoulders – but you’ll still need to pay attention to your sitting posture, simply sitting down in whatever way you choose won’t be enough!

A good sitting position is the one known as the “classical” stance, which can help to prevent or at least mitigate back pain issues. This is the sitting down position adopted by those who play classical guitar – you simply rest your guitar on your left leg, around the inner thigh. With the body of your instrument seated between your legs, you hold the neck in a more upward position: 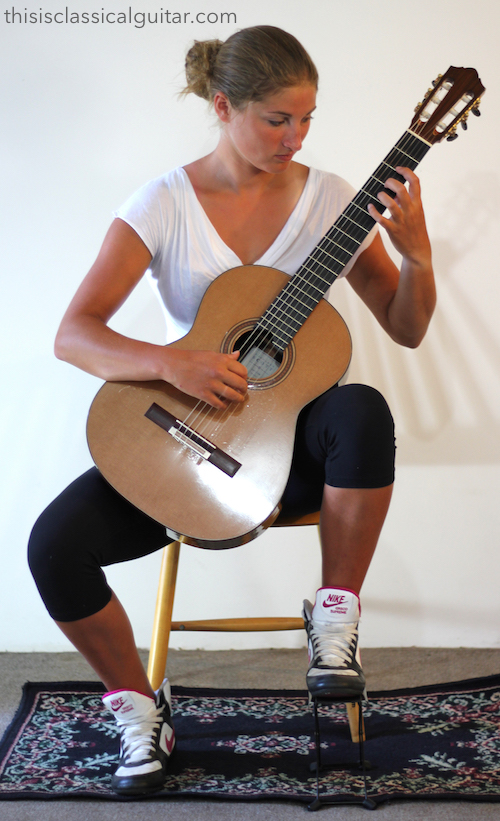 A foot stool to rest your left foot is also recommended.

Getting a proper guitar stool can also help you to adopt a good posture which could prevent you from developing back pain: 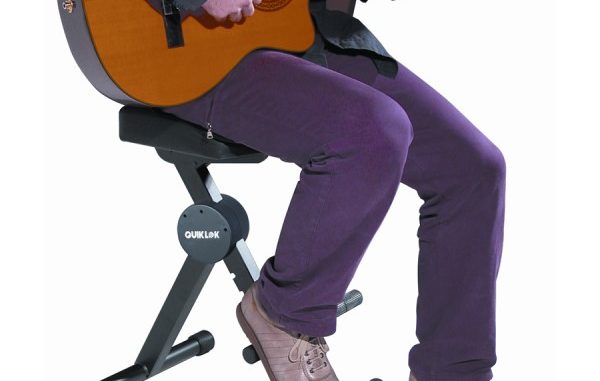 Another simple and fairly obvious way to prevent back injuries is to choose a guitar that’s light. For this reason, after a certain age, many players give up playing a Les Paul – which traditionally weights around 5.4kg/12lb. Even the ones with weight relief can be fairly heavy for some. Maybe Jeff Beck and Eric Clapton had a point… two players who made their name on Les Pauls, only to move to a lighter Stratocaster later.

But even Strats can be heavy to some. Their weight can vary depending on specific models and wood used, but is generally around 7.5 lbs / 3.4kg. There are even lighter guitars out there, such as the famous Parker Fly, which weights just 2kg – a favourite of Adrian Belew, who as far as we know has never cancelled a gig due to back pain… maybe he’s on to something, there!

The search for a lighter guitar can go from the sublime (the Parker Fly, of course) to the ridiculous. Trying to minimise the mass of the guitar body can lead to some frankly bizarre guitars… but we’ll give them that – they are certainly light: 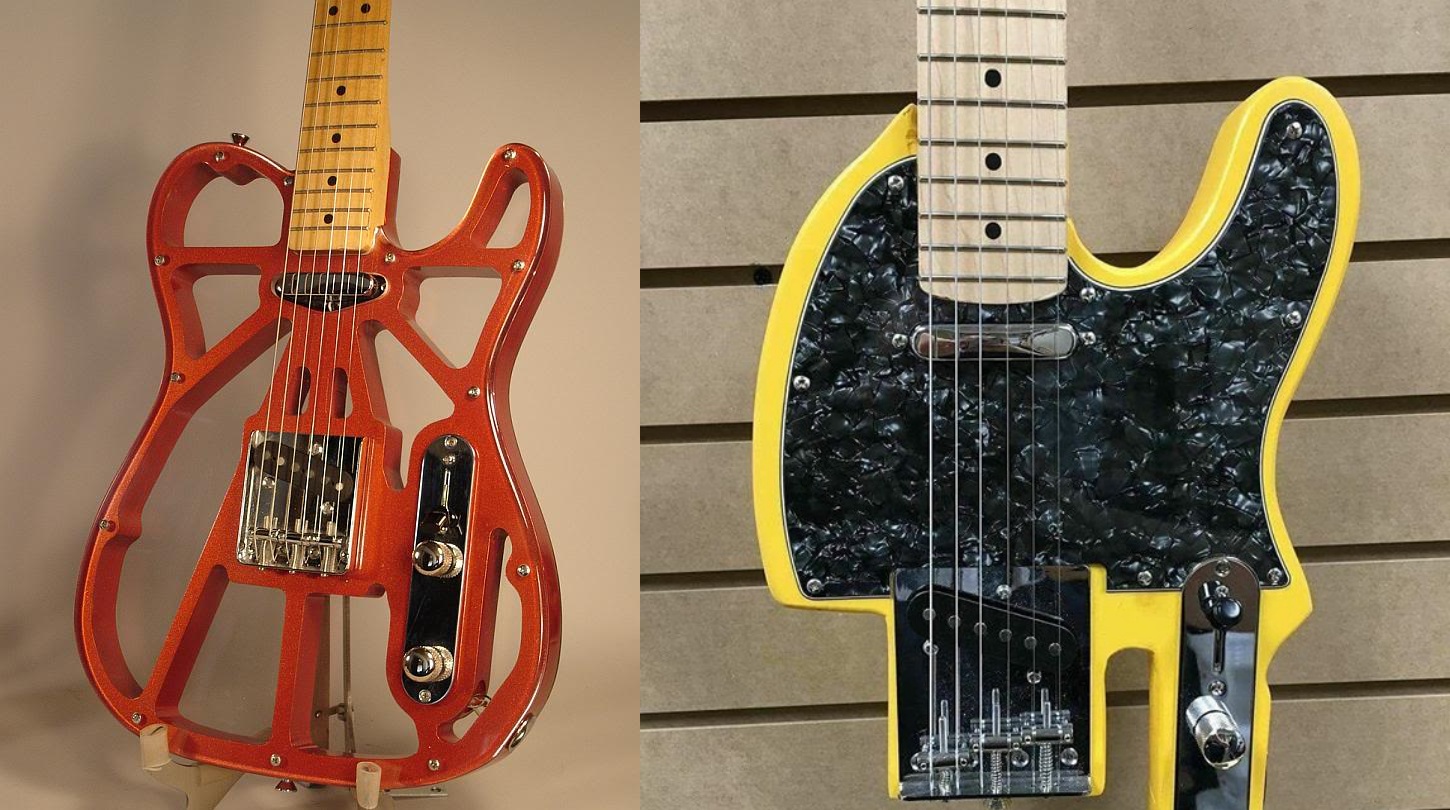 Taking the “carved body” concept a bit too far? But light guitars, for sure…

One of the best compromises at the moment, is the Eastwood Custom Shop LG-50, a tribute to a rare Guyatone model. Weighting just 2.5kg / 5.5lb, this guitar makes even a Strat seem particularly heavy, and is a great choice for players with back pain or elderly guitarists who simply can’t cope with a heavier instrument:

There are also a few simple exercises which can help you to prevent injuries. Check this Premier Guitar article for some valuable tips.

6 thoughts on “How To Play Guitar If You Suffer From Back Pain?”