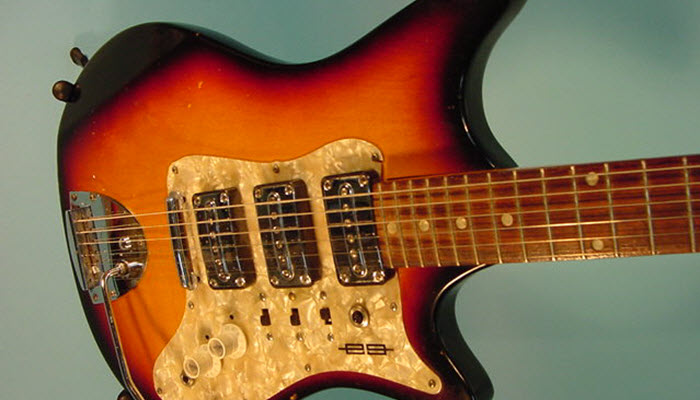 Uilke Egmond (1878-1959) founded a music school and a music shop in Valkenswaard, that was named Musica. In the shop he sold instruments imported from the Eastern Europe. In 1935 the business moved to Eindhoven. The import of instruments ended and they decided to make the instruments on their own.

Egmond was the largest luthier in Europe and they were more known for quantity than quality. Cheap instruments were made in large numbers that everyone could. The cheapest models had a price tag that was one tenth the cost for a comparable model of a Gibson or a Fender.

Here is a fine example of the Egmond Thunder: