I have been looking for an electric Mandocello. I don’t know if such an instrument has ever been made commercially. I personally would love to own and play one.

I have always been haunted by the sounds of the mandolin family of instruments. From an early age, my father played mandolin in a mandolin orchestra, with, sometimes, as many as 35 members. As a child, I remember going to the concerts. Occasionally, during a practice, I sat beside my father in the middle of the orchestra, listening to the classical or Russian folk tunes, or to popular European melodies, all in tremolo or rhythmic picking styles. The conductor was a high school music teacher and they played well into my father’s 70s. Walter, the conductor, was arranging and conducting for the orchestra right up until the year before he died, in his early 90’s.

In my time, I have collected, and have played, mandolin, mandola and mandocello in various bands and in various styles of music. Below are a few pictures, one is pictured alongside my EASTWOOD Savannah to give you a comparison of the size. 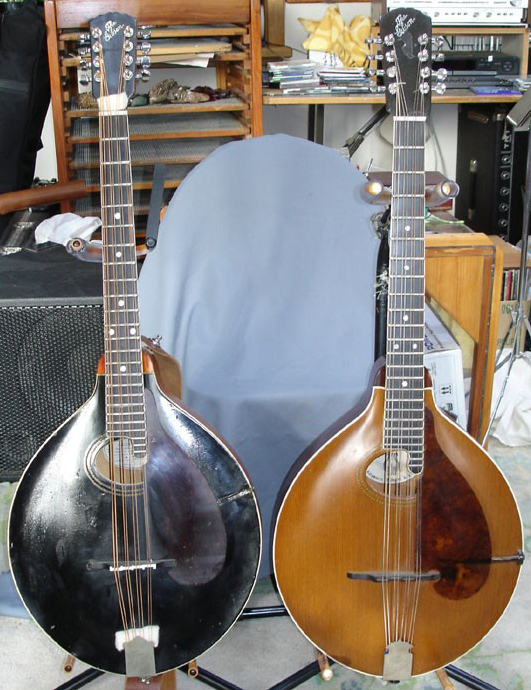 The mandocello has the same scale length as a guitar but the strings are a heavier gauge and give a deep, mellow, resonant sound like a regular cello. It is tuned, like the cello, C (.074), G (.048), D (.034), A (.022), (low to high). It can also be strung and played as an octave mandolin. It is in the same range as a baritone or bass voice and with a tremolo style of playing, can sustain a note similar to the bowing of its counterpart, the cello.

Being a fretted instrument, the mandocello can be chorded, and the voicings are quite unique in sound. The mandolin has similar chords, being tuned the same, only a 5th higher. However, with a higher frequency, and having a shorter scale length, there is little sustain and the chords are more percussive in sound.

Chords on a mandocello can sound quite full and deep and complement the guitar chords beautifully when played together. Because the notes are different (sort of the reverse of a guitar), access to a different melody line is possible.

In short, it is an instrument of great potential. The drawback, as I see it, is that the double, heavy-gauge strings make chords and playing solos hard on the left hand. You need a gorilla grip to move up the neck with moveable chords and fast solos. As well, the body is not as large as the cello. So the sound is not as deep and resonant as it could be. 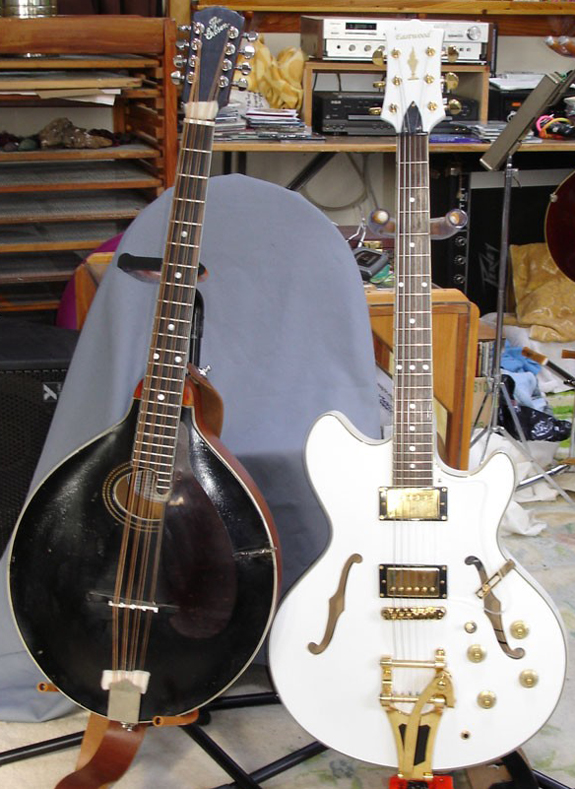 Here is where an electric version of this instrument would bring out its many fine and unique qualities and allow it to take its place in a modern context.

The lower action of an electric instrument would make this a faster, easier instrument to play; less force and more sound. The sound can be amplified and processed to bring out that rich deep tone, (close to a baritone guitar but played mando style). The sustained note of tremolo-style picking can offer an expressive harmony line or solo that blends with the human voice, and with any of the violin family, or as a rhythmic drone to a guitar solo.

I have a piezo pickup in my old Gibson mandocello and play it acoustically or amplified. It sounds great and can fit into any style of music I wish to play along with. Even though I have had the neck adjusted and reinforced, and put bass frets on, it still has a hard action to work with. Think of the difference between an acoustic and an electric guitar or a stand up bass and an electric bass.

If there are any readers out there in cyber-land who would be interested in owning an electric mandocello for a reasonable cost I would really love to hear from you. If you are interested, please would you write to Mike Robinson of this newsletter and give him some feedback? 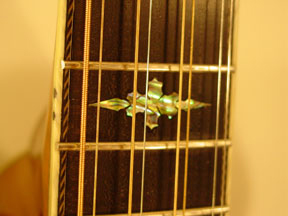 Should there be such an instrument already in production commercially and available at a reasonable cost, I would like to know about this as well. 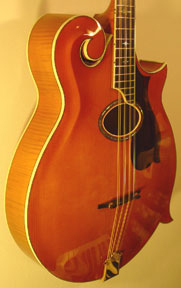 7 thoughts on “In Search of an Electric Mandocello”