It’s Tuesday and I am in Marbella Spain for a weeks R+R. Saturday night we wrapped up our inaugural participation at the annual Frankfurt Musikmesse. The fair runs four days and is the International version of North America’s NAMM Show – but much larger in scope. What a great success. We met with many customers – new and old – and had a great time! Here are a few pictures of the people and products we saw.

Here is Arne, owner of Taranaki Guitars in Germany and dealer for EASTWOOD Guitars: 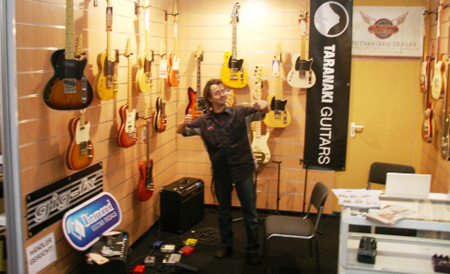 Here is Bryan and Brian from St. Blues Guitars, which were also on display at the Taranaki booth. Nice to meet you guys: 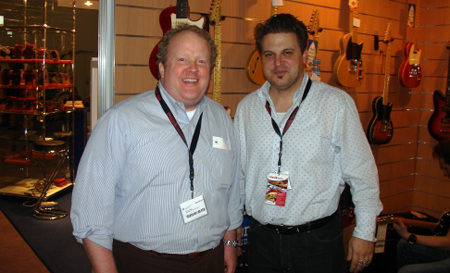 Here is Wendell Ferguson and John Newman manning the EASTWOOD booth. Wendell was dazzling the crowds with his finger picking: 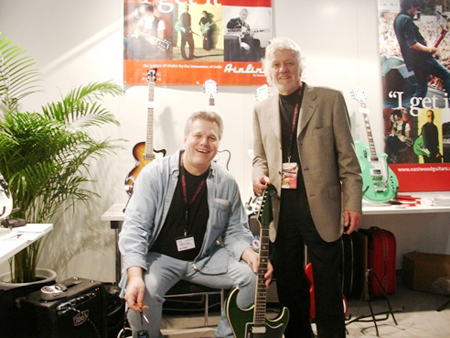 Our new AIRLINE TWIN TONE guitar got quite a workout at the show, and it was especially cool to see a couple of original SUPRO Dual Tones on display: 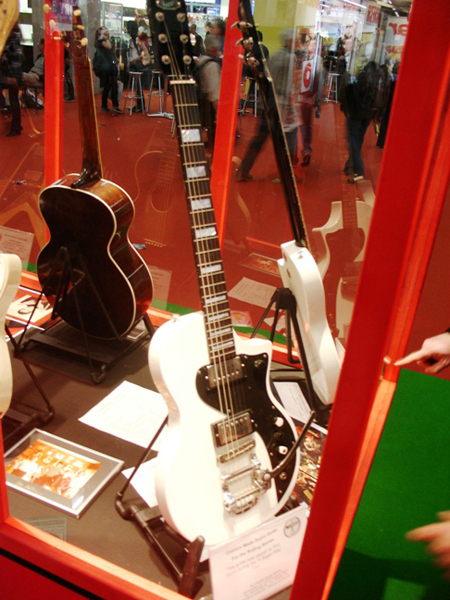 Our Eastwood Airline Twin Tone guitar is a tribute to the Supro Dual Tone guitar – one of which was used by Keith Richards: 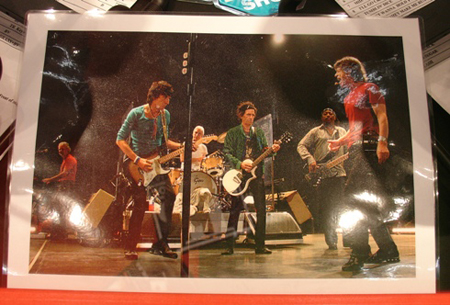 Our ESTWOOD Twin Tone got plenty of interest at the show, and was purchased by this 14-year-old lad: 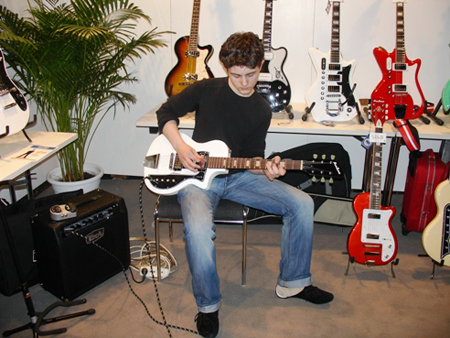 …Whom I’m making the early prediction will be one of the next great British Blues Guitarist – except he is from Germany – and as I am away until the 28th, I don’t have his name and website address! One of the other EASTWOOD boys took it back to Canada! I’ll post an update with the info soon.

Check back in a couple of days, I have a bunch more pictures I am sifting through.