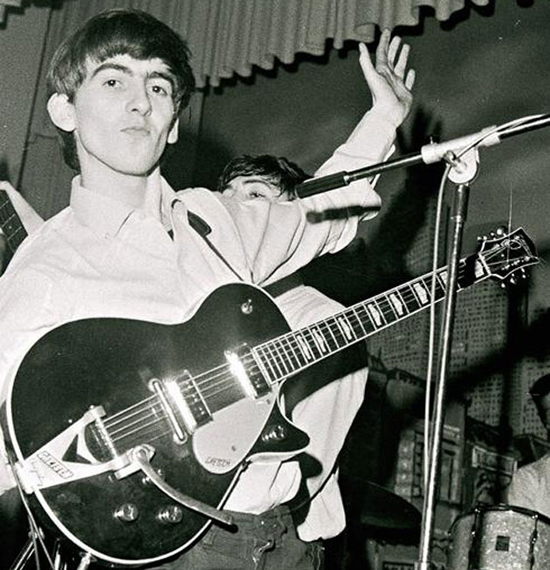 If you somehow missed this story at Winter NAMM 2011…well…it’s time you heard about the George Harrison Tribute Duo Jet from Gretsch Guitars. If you’re a fan of the Beatles and George Harrison, then I probably don’t need to give you a background on his black Gretsch Duo Jet G6128T. It was the guitar he played in the early Cavern Club days, and there is a very interesting history behind Harrison’s Duo Jet. For more on that, check out this video:

You gotta admit: that is a pretty awesome story. And the builders at the Gretsch Custom Shop have gone all out in creating a replica of Harrison’s G6128T Duo Jet. I’ve never even heard of x-raying a guitar!

It turns out that the Gretsch Custom Shop George Harrison G6128T-GH Tribute Duo Jet will be a limited to a run of 60. It’s due out in May 2011, and if you want one, you better have your checkbook handy – the MSRP is $20,000. But if you’re a collector, this guitar is a must have, right?

For more on the George Harrison Tribute Duo Jet:

And just for fun, here is a gallery of George Harrison pictures, many of which show him with his beloved Gretsch Duo Jet: