No, Chris Haney had nothing to do with guitars, but it’s likely you’ve played the game Trivial Pursuit at some point in your life. Chris Haney was one of the co-creators of Trivial Pursuit, but there was little that was trivial about the former journalist who died Monday at the age of 59. Haney died in a Toronto hospital after a long illness. 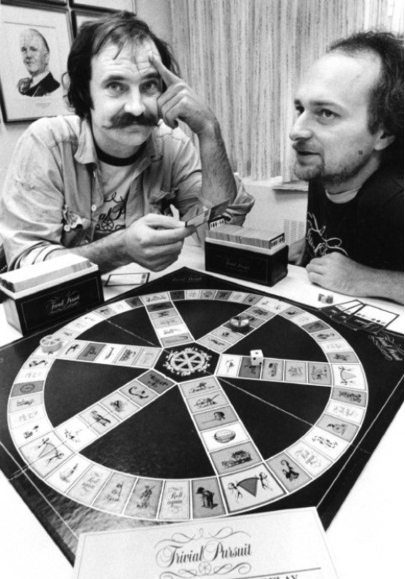 Trivial Pursuit was born when Haney and friend Scott Abbott got together for a game of Scrabble in the late ’70s. Their banter turned to ideas for their own game and by the end of the evening they had come up with the formula that would eventually turn them into millionaires. Released in 1982, it took off after a slow start. “We had no idea just how successful it would become,” Scott added. “We didn’t realize it would transcend games players and become, with the Cabbage Patch Kids, what Time magazine in 1984 called an American social phenomenon.”

The duo sold the rights to toy giant Hasbro in 2008 for $80 million US. Like all his friends, Abbott chuckled when asked to suggest a defining anecdote about Haney, suggesting there were too many to choose from. “He was not a scholar in the conventional sense,” Abbott laughed. “He had no use for the classroom. He always said, ‘I quit school in Grade 12. It was the biggest mistake I ever made. I should have done it in Grade 10.’

Why BLOG about Chris Haney at MRG? As some of you know, my passion for golf is equal to my passion for goofy guitars. Four or fives times each week I have the honor to play a couple of GREAT golf courses here in Toronto – The Devil’s Pulpit and The Devil’s Paintbrush – both of which are ranked in the top 20 in the country and both exist due to the vision of Chris Haney and Scott Abbott. In the late 1980’s they followed their passion for the game and built the Devil’s Pulpit which opened in 1990 followed by the second course two years later. 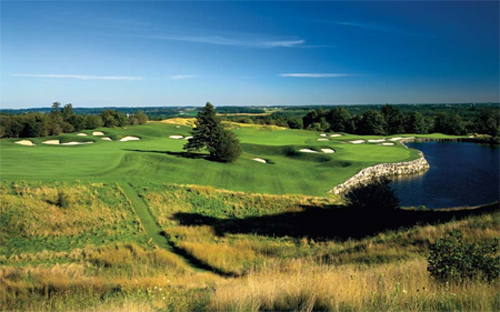 So, if you are a guitar player, trivia fan and you like to play golf, you should some day plan to take a walk in the house that Haney built. Both courses are a worthwhile experience, and Chris was very proud of them. Sad to see Chris go so early, a crisp reminder of our mortality and the need for some personal legacy. Fortunately by virtue of the Devil’s Pulpit and Paintbrush, Chris succeeded in doing that, and in my mind FAR beyond the legacy of Trivial Pursuit.