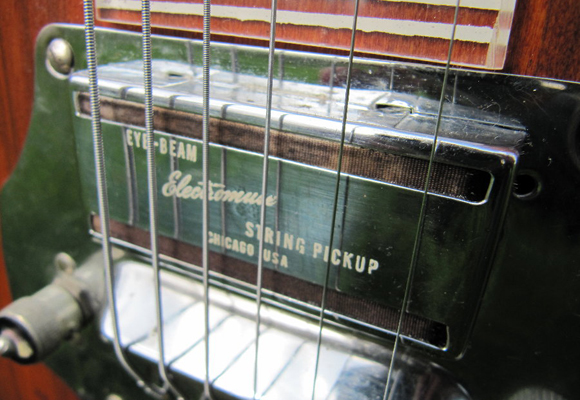 I don’t remember what drove me to my first lap steel. Maybe I needed a new sound for a song my band was working on, or perhaps I just felt like my guitar playing was in a rut. Whatever the reason, once I discovered it I was instantly hooked.

I started with an old Electromuse (it looked like a boat paddle), and then had to figure out what to do with it, and so I commenced the seemingly endless quest for the right tuning, picks, bar, and tone. Now, this was before we all had the Interwebs at our fingertips (back when I’d visit the library once a week to review the three emails I’d acquired since last login), so how-to videos via youtube simply were not an option. I was left to my own devices.

I plunked away on my steel, but I was missing something. My sound was thin, and noisy, and out of tune…nothing like what I was hearing in my head. I chipped away at it without much luck, until I met Spider Webb Welten.

Willbern “Spider Webb” Welten owned a music store in Sparta, IL (also noteworthy as the film-shooting locale for some scenes from the original movie version of In The Heat Of The Night). Welton’s was a small, quirky store that shared its quarters with a wig shop/hair salon run by his wife, and it featured a few glass counters, about twelve guitars wrapped in plastic (for that cozy, backwoods, Invasion of the Body Snatchers ambiance), and some miscellaneous cases which, I would soon find out, housed lap steels and pedal steels.

Upon my first visit I took in the air, tainted with the chemical aroma of hair product, as a skinny, elderly man came out from the back and asked how he could help me. As soon as I told him I was looking for a set of steel strings, the old man perked up. ” C6TH, E9TH or both?” he inquired, and I could already tell I was in way over my head. “Uh…it’s for a lap steel?” The old man frowned and corrected me, “it’s not a ‘lap steel,’ it’s a straight steel, son” and he walked behind the counter and pulled out a pack of 6-string “straight steel” strings. Then he took out a card and scratched down A/C#/E/A/C#/E, with the words ” Top A Tuning ” underneath. As I paid for my strings, I asked if he had any other tips. In the course of the next hour, Webb pulled out three lap steels (straight steels), three pedal steels, an assortment of finger picks, and a magazine that had his picture on the cover. I realized that this was the guy, and I had happened to find him in middle-of-nowhere-southern-Illinois by complete chance.

Following are some of the tips that I learned from Spider Webb that day. These small nuggets of information that the steel guru shared have been invaluable, and I hope they will also help you on your journey to steel enlightenmen:

Here are a couple of videos of me playing the Airline Lap Steel Guitar, available from www.eastwoodguitars.com for only $349:

I’ve owned two of Eastwood’s Airline lap steels, and I believe they are the best steel on the market for the money. The Airline has plenty of string height at the nut, and a bit wider string spacing than other steels in the same price range. The body has plenty of mass and weight, giving the steel a great tone, both clean and driven. Add a bit of delay and fuzz for an over the top tone, or try some modulation effects or a POG for a cool organ effect. 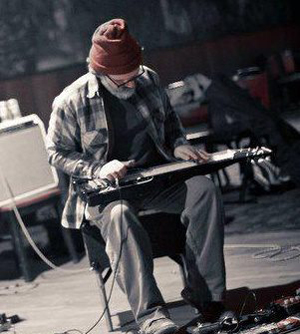