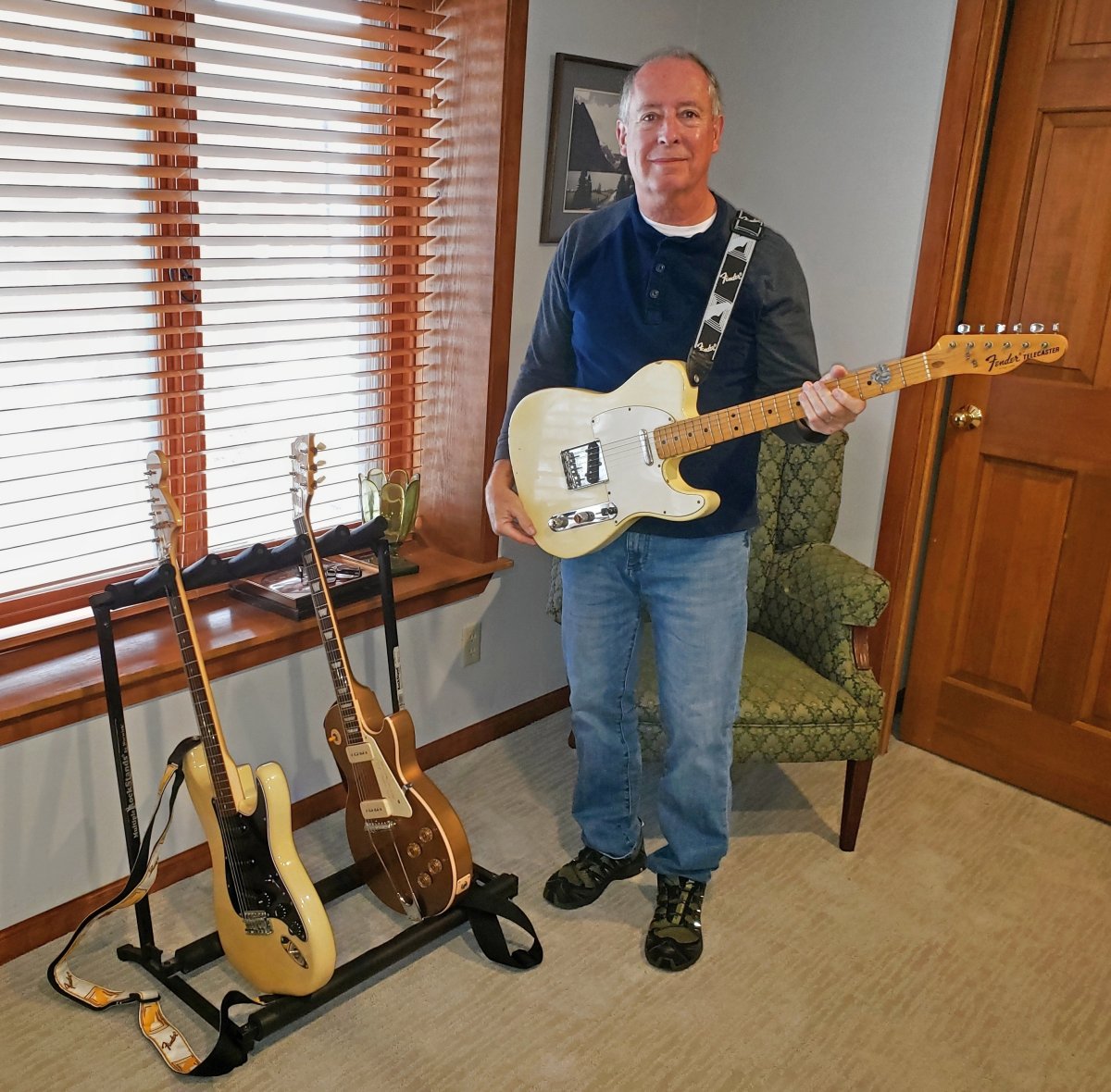 If you love playing music, one of the most precious thing you can do is to pass on this love to a new generation. Guest blogger Tim Cotroneo writes about a grandfather leaving a guitar legacy for his grandkids.

John Rawson’s dedication to playing the guitar is matched only by his love for his grandchildren. The 67-year-old White Bear Lake, MN-native has discovered a unique way to pass along his zest for music to the youngest members of his family.

Rawson spun a rhythmic twist on an inheritance model he learned from his own father. “My Dad invested $2,000 into a Certificate of Deposit for each of his kids. When they graduated from high school, he handed over the CD with the hopes that they would use it for furthering their education. I followed my Dad’s investing template, only I’m giving each of my grandkids a collector guitar,” Rawson said.

The recently retired computer programmer’s affection for music was ignited as a teenager when he played a Gibson EBO in a neighborhood garage band. Rawson’s guitar journey continued as he went to college, worked in the computer industry, helped his wife Dianne raise two children, and then watched as his daughter and son started families of their own. Rawson’s latest chapter includes hand-picking guitars that speak to him, with the eventual goal of gifting these choice 6-strings to his three grandkids. 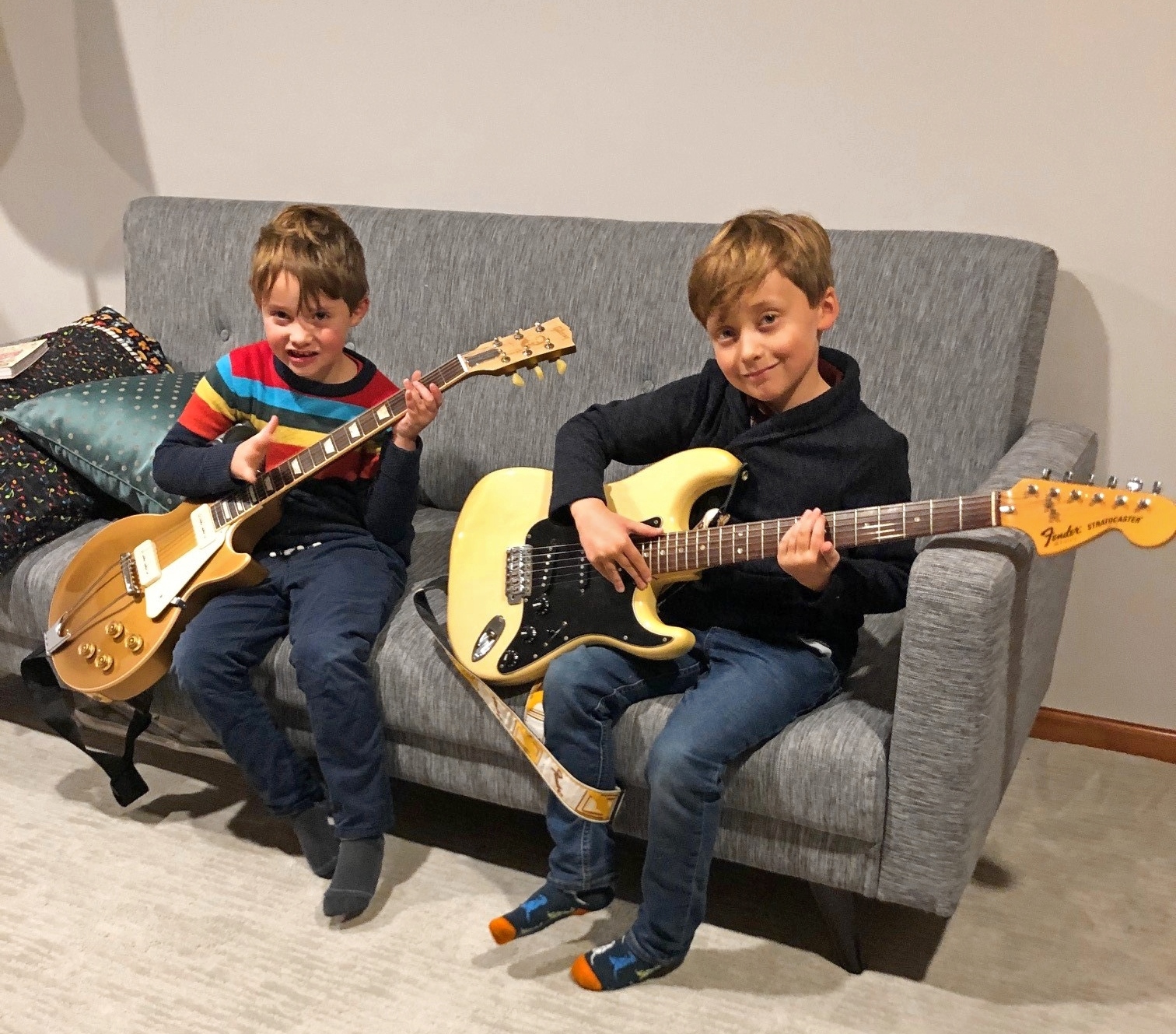 The kids are alright: John Rawson’s grandsons enjoying his guitars

Play What the Legends Play

Rawson’s early days in rock and roll shifted to playing bass guitar in church bands. Along the way, he nurtured an appreciation for his guitars, as well as for the instruments elevated by rock and roll legends like Jimi Hendrix, Santana, and Jimmy Page. When asked if he had a bass playing favorite, Rawson replied, “I’ve always admired Paul McCartney with his Hofner bass”

The Fender line of guitars has always held a special place in Rawson’s heart. The Fender Stratocaster was released in 1954 and versions of the guitar were played by rock icons such as Eric Clapton, Stevie Ray Vaughn, and George Harrison. One of the first guitars Rawson picked for the collection dedicated to his grandkids was a 1978 Stratocaster. This revered model is earmarked for his now 8-year-old grandson Walter.

A Gibson Les Paul is waiting for Rawson’s 6-year-old grandson George. This 2013 guitar is one of only 400 made, and it features Les Paul’s signature. This special run guitar mirrors a 1952 original which includes a trapeze tailpiece. Rawson’s 2-year-old granddaughter Charlotte will inherit a worn, but well-loved, 1977 Fender Telecaster. This is the same model that Bruce Springsteen often plays in concert. 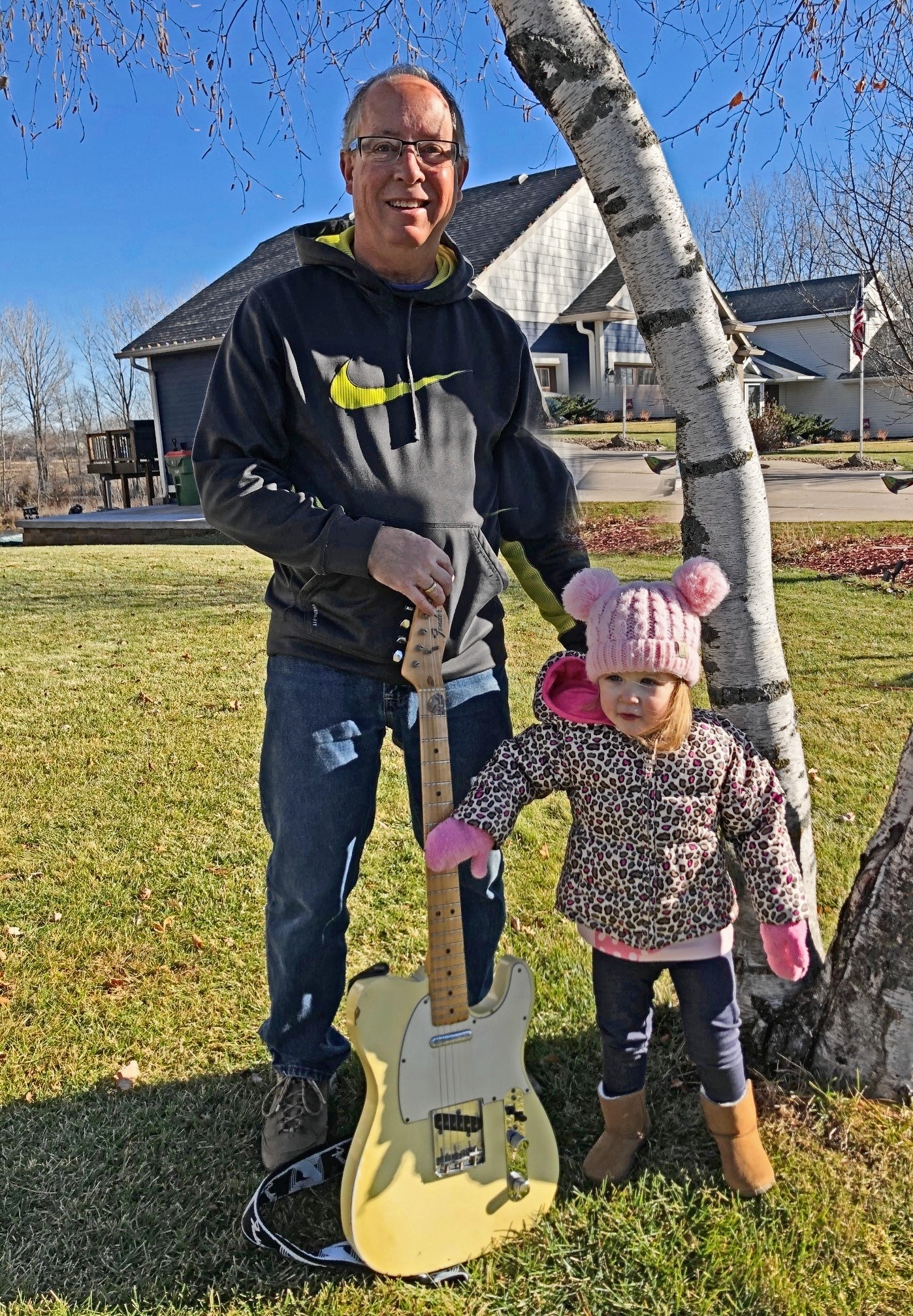 Rawson and his 2-year-old granddaughter Charlotte

Every Picture Tells a Story

A sentimental journey of photographs now accompanies the collector guitars. The pictures chronicle each grandchild from birth to today. Rawson has the photos neatly tucked inside the individual guitar cases dedicated to his three grandkids.

The oldest grandchild is still a decade removed from his high school graduation and the day he’ll receive his collector guitar. What are Rawson’s hopes and dreams between now and then? “I would love it if the instruments appreciate in value. A best-case scenario would be that the kids enjoy receiving a great time-capsule guitar, or that the guitar is worth enough to help pay for some college expenses. In any case, they’ll know the gift is a token of their grandparents’ love for them,” Rawson said.

During Rawson’s musical “long and winding road,” his passion for collector guitars has added a dimension to his life that only fellow guitar aficionados can understand and appreciate. When asked if sees another vintage 6-string beauty in his future, Rawson grinned and replied. “Not today; but ask me again tomorrow.”

One thought on “Leaving a Guitar Legacy”