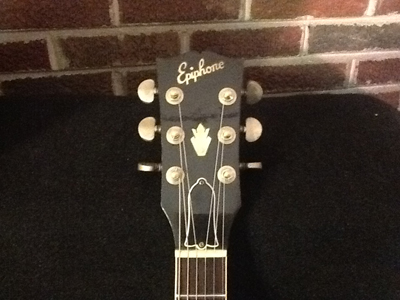 A couple of months ago, I received a call from a friend who runs a drum shop in Southern Illinois. He’d taken in a guitar on trade-a semi-hollow electric Epiphone was as much as he could tell me-and he needed help figuring out exactly what it was. Always up for a good guitar mystery, I eagerly accepted his request for help, and as I waited for the guitar to arrive, I began to speculate on what it might be. Maybe it was an MIJ thinline, or even a 60s Casino, ala John Lennon. My excitement grew. 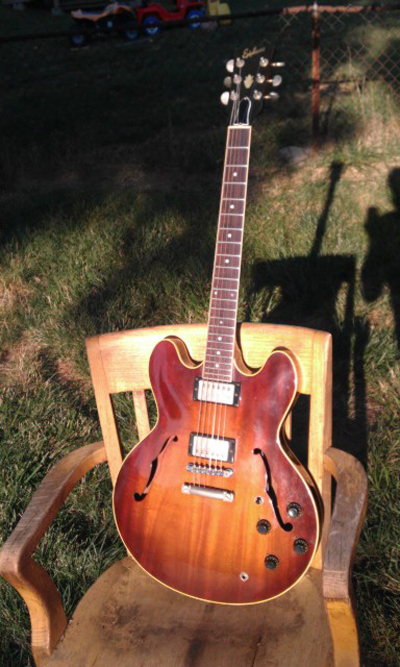 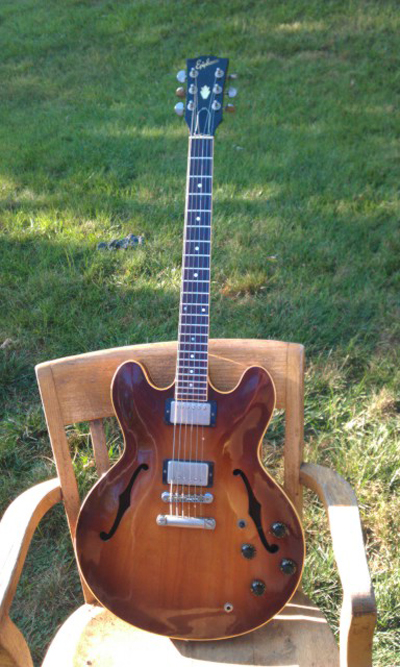 The guitar was delivered a few days later, and I ripped the box open like a kid on Christmas morning. With packing peanuts flying, I pulled out a hard shell case that could have housed a 335. Inside the case was a label-less, serial number-less semi-hollow electric guitar with Epiphone on the headstock, just like my friend had described. The guitar looked and felt like it was USA-made, but I needed to examine it more closely.

I noted the guitar’s Grover tuners, and the nut looked original and to Gibson spec. The brand was inlayed like a Gibson, with the finial in the center, which is typical of a standard 335. I also noticed what I call “ears” on the headstock, which occur when Gibson cuts the neck blanks for their guitars and then reuses scrap pieces by gluing them to the headstock portion of the blank, creating laminate lines that can be seen on the back of the headstock. The neck and heal were made of mahogany, with no laminate joints, and the fret board was rosewood with dot inlays. However, the headstock had no serial number, no volute, and no stamp to indicate that it was USA-made. 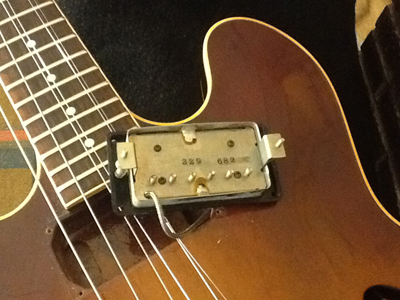 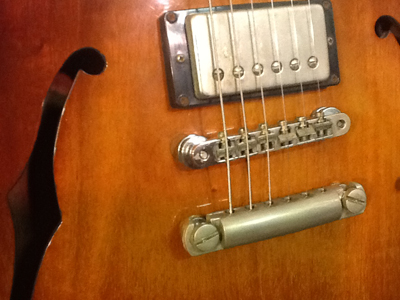 The body of the guitar appeared to be a laminate mahogany top, back, and sides-not maple, like a typical 335- with a subtle, tobacco-burst, nitro lacquer finish. The bridge was a Gibson-stamped ABR Tune-o-matic, and the wiring was braided like a Gibson as well, but I could find no label or markings inside the f-hole.

Since I was having a hard time dating the guitar without a serial number, I decided to remove the electronics to get a look at the pots, switch, and pickups. Tone and volume potentiometers typically have a series of numbers on them that identify the manufacturer and the production date. Unfortunately, these pots were liberally covered in solder, which made the numbers completely indiscernible. The pickups, however, did offer me a clue. 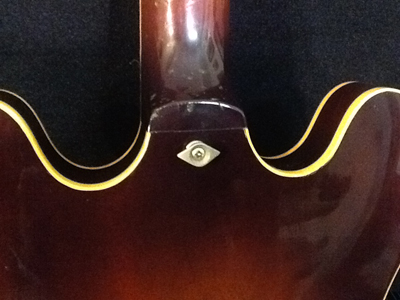 In 1980, the Norlin Corporation began to take the first steps toward production of a reissue Les Paul guitar, and they assigned engineer Tim Shaw the task of reproducing a PAF-style humbucker for the project. Due to financial constraints set by Norlin, Shaw could only approximate certain aspects of the original pickups, but the final product was a PAF-style pickup that was superior to the pickups that Gibson was producing at the time. Tim Shaw pickups are easily identifiable because they have a separate, ink-stamped series of numbers on the bottom that indicates the type of pickup (bridge or neck), as well as the date of production. The pickups in question were stamped 329 682, which revealed that the production year was 1982.

I was looking at an Epiphone-branded, Gibson-made, USA-manufactured 335 with no serial number and no label, but with pickups that gave me the guitar’s production year. My conclusion was that the guitar must have been either a prototype, or maybe a personal build for someone who worked for Gibson at the time. Either way, my friend had himself a great playing and sounding instrument, and I’d had fun doing the detective work. 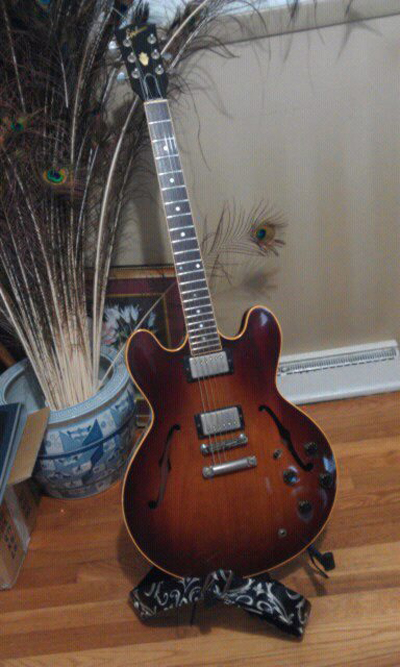 15 thoughts on “Checking Out a Mystery Epiphone Guitar”