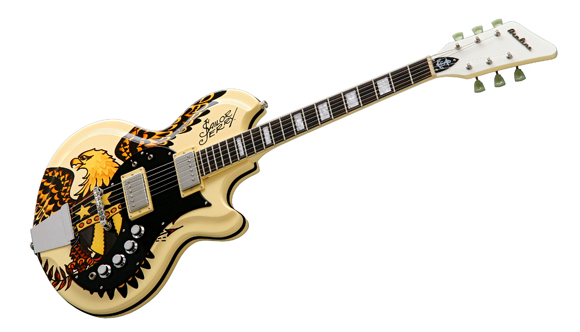 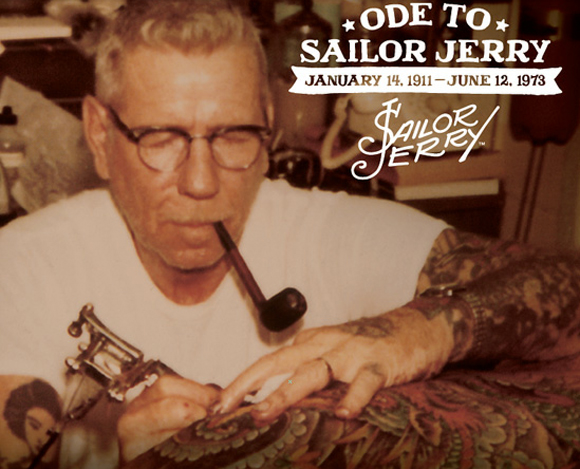 The Guitar: Earlier this year Eastwood Guitars and Sailor Jerry teamed up to produce a Limited Edition tribute to the 1960’s Airline Tremolectric model. The guitar has been customized with Sailor Jerry’s iconic artwork both front and back. Also a cool anchor logo on the truss rod cover. A very limited run of these start shipping June 12th.

The Contest: On June 12, 2012, we’re raising a glass to Norman “Sailor Jerry” Collins to commemorate his passing in 1973. This year, to honor his life and legacy, we will be giving away this Limited Edition Airline guitar valued at $1200 USD. Here is a link to the contest details, hurry because it ends in a few days! http://sailorjerry.com/Social/Sailor-Jerry-Day-Twitter-Rewteet-Contest/ 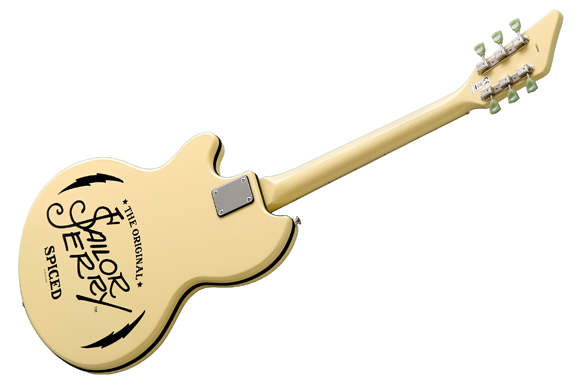