Our family vacation this year started in Houston, where we dropped in to see Jimmy at Southpaw Guitars. Great guy, great shop, full of some weird and wonderful lefties. Every lefty players should take the time to visit. 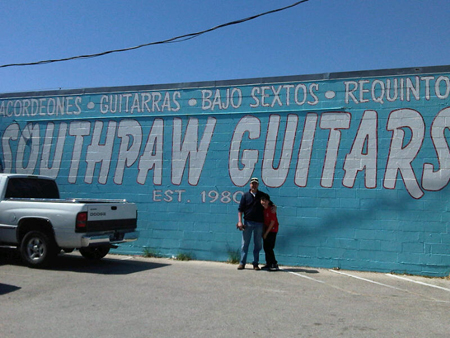 Next we made the mistake of planning a peaceful seaside family beach vacation on South Padre Island. You see, my wife was there with her family 35 years ago, so now that our son is 12, she thought it would be cool to revisit that trip. A truly great place to visit, but our timing could not have been worse. Check this out.

So we cut that short and headed up to San Antonio. What a great city, plenty of family things to do there and plenty of great restaurants. Will certainly look forward to going there again. Then I was lucky enough squeeze in a one-afternoon whirlwind stop in AUSTIN, TX for the 2011 SXSW festival. First I had lunch with Lance Keltner who took some EASTWOOD’s for a test drive on YouTube.

Then I dropped my wife Kay and son Troy off at the Austin Duck and dove headfirst into the SXSW crowds, battling my way to the Pitchfork outdoor stage, waiting for Edwyn Collins to appear. One real surprise was catching a set by Toronto based one-man-band Diamond Rings. Great set of energetic pop tunes, quite like Depeche Mode. An hour later the legendary Edwyn Collins cruised through a perfect 30-minute set of new and classic tunes. As always, “Rip It Up” had the crowd dancing away in the hot afternoon sun. Great to see Edwyn again as well as his son William pitching in for one of his new tracks. 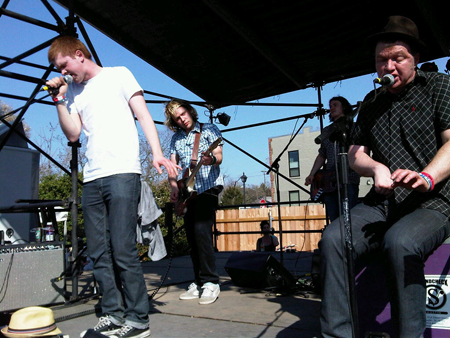 A rather LONG walk across 6th to the far side of SXSW and GINGER MAN bar. There was a lineup so I missed the end of Steve Wynn’s set, but got in just in time to see him switch hats and the BASEBALL Project took the stage. 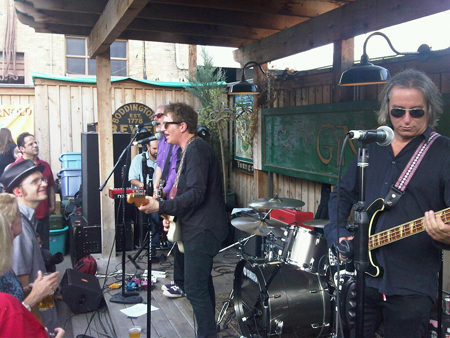 Great tunes, great players and a really great crowd made for a memorable set. A little icing on the cake for me personally was Peter Buck pulling out his EASTWOOD Nashville 12 string for to tracks. Cool. 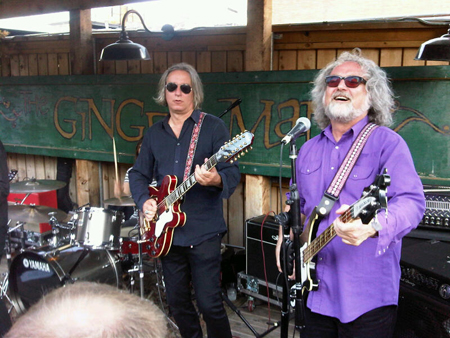 Hard to beat that for a quick afternoon drop-by at SXSW, but it got even better when Mike Watt took the stage!