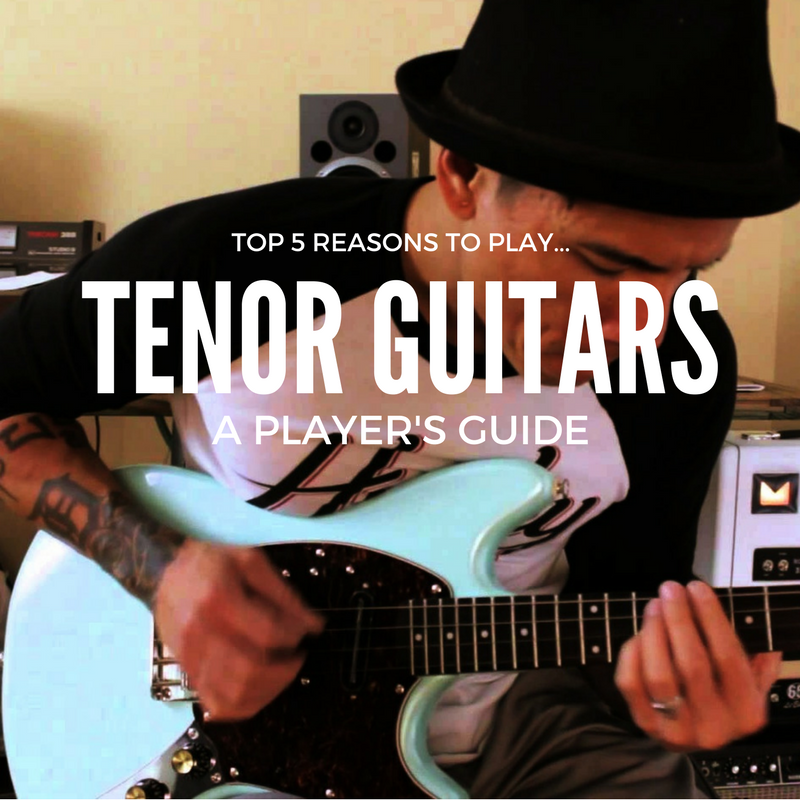 Have you ever though about getting yourself a tenor guitar? Perhaps not! But lots of guitarists are discovering the joys of playing this 4-string model – and you could be next! Find out why…

What is a tenor guitar? A brief introduction…

A tenor guitar is a 4-string guitar, generally with a suitably narrower neck than the usual acoustic or electric guitars we’re all used to, which have 6-strings of course.

Even though tenors have been around since the 1920’s, they’ve been pretty much a niche instrument limited mostly to jazz as an alternative to the traditional 4-string banjo, and only relatively recently have they started being used by a new wave of folk musicians, such as Seth Lakeman. 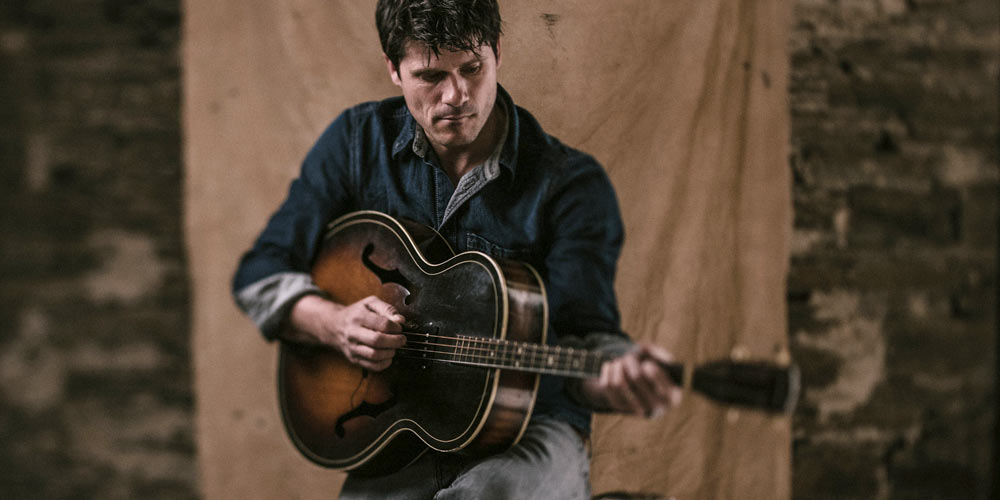 Seth Lakeman and his tenor guitar. He recently also started to use a Warren Ellis Tenor 2P.

But in the last few years, it’s true to say that tenor guitars have been enjoying a revival, and thanks to a wider range of musicians from different styles playing the instrument, such as Warren Ellis from Nick Cave & The Bad Seeds, and now even indie rockers are discovering the joys of the tenor guitars – in no small amount thanks to the Eastwood Warren Ellis range of electric tenor guitars.

However, besides being until recently not that widely available, there’s still a sense that most guitarists simply  don’t know what tenor guitars are for – so why bother playing one! Well, if you were wondering if you should get a tenor guitar, then read on! And if buying one never crossed your mind before, then you definitely need to read this!

Hey, we don’t want to diss the ukes! Ukes are great fun to play – but because they are almost toy-like, their use can be very limited. Not that there’s anything wrong with that – on the contrary, people love ukuleles because they sound and look the way they do, after all!

But even though they are very different instruments, there are similarities, too, and it’s no wonder many uke players also end up turning to tenor guitars when they fancy… something else.

Both have 4-strings, and you can play a tenor guitar using a standard ukulele tuning, too! So if you want to make the transition from ukulele to something that can sound bigger and which can more easily fit into a plugged-in band context, but without having to learn new chords, then a tenor guitar is the perfect instrument.

Tenor guitars, however, are much more versatile, and can be tuned in many different ways and still sound good. Also, if you choose an electric tenor guitar you can totally rock out through amps and effects in a band, just like a normal guitar… you can do a lot more with it, basically.

2) Tenor guitars are great for beginners

Like the ukelele, tenor guitars can be suitable for those learning to play a stringed instrument, because they can be easier to play than a 6-string acoustic! After all, like the humble ukulele, tenors also only have 4 strings, as we’ve just mentioned!

Whether you’re not comfortable with the close proximity of the six string son a regular guitar, or simply can’t come to grips with the more complex chord shapes of a 6-string guitar, the tenor might prove to be just what you need. We’ve heard of many people who simply couldn’t get around playing guitar well enough, and who are now happy tenor guitar players.

You know the old cliché that some people choose to play bass because they only have 4 strings and therefore are easier to learn? Well… with a tenor you CAN do the same, and rock out on an actual guitar that just happens to have less strings than usual.

Which leads us to… 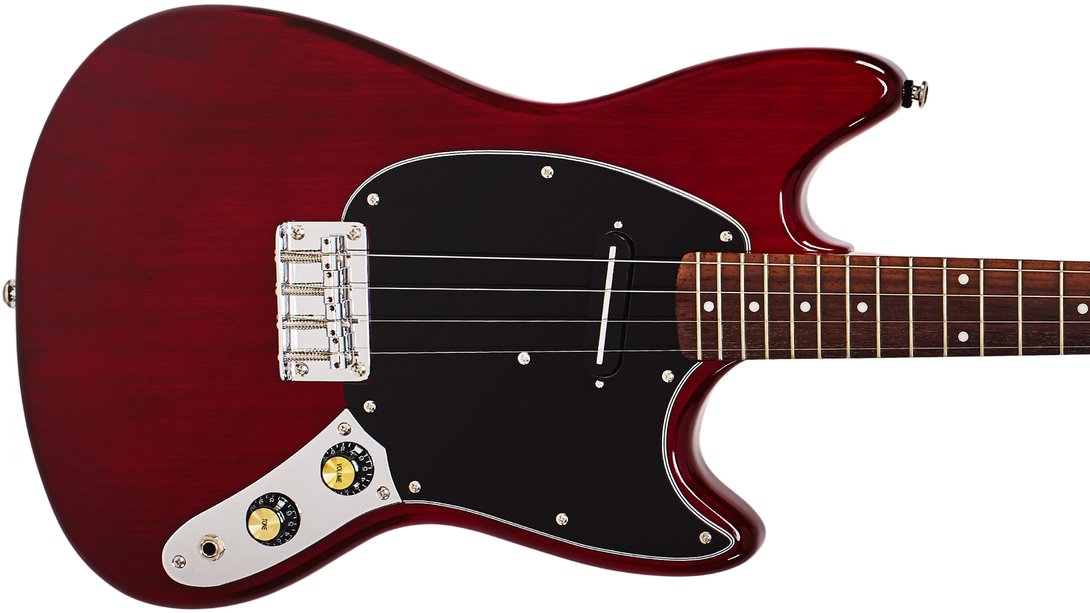 As any Keith Richards fan will know, you don’t always need 6 strings… and, in fact, you may not even need 5! With the Warren Ellis Tenor guitars, for instance, you can easily consider them like a simpler electric guitar, which just happens to have 4 strings! That’s right – you can, for instance, tune a tenor guitar to EADG, the standard 6-string tuning minus the top two strings, or DGBE like standard guitar tuning minus the bottom 2 strings.

Which means – playing a tenor guitar doesn’t really require learning new chords… unless you want to!

One of the great things about tenor guitars is that when you start playing one, and start experimenting with different tunings than you’d normally use on your standard guitar, it really feels special – like a whole new world opening in front of you, easily.

That may sound a bit too dramatic, but it’s true – whatever style you play, you may feel inspired by the different sounds you’ll get from the alternate tunings you use on a tenor guitar. Even though the tenor guitar was introduced in the 1920’s as a jazz instrument, it doesn’t mean it’s limited to this – especially when it comes to electric tenor guitars.

Anyone playing indie, psych or even metal, will find that the tenor guitar can be very inspiring – and make you play things you wouldn’t come up with on a standard 6-string guitar – because of the different tunings, and even because of the limitations imposed by less strings. Sometimes, less is indeed more…

And if you needed any more convincing, look no further than Warren Ellis himself! The multi-talented artist who collaborated with Nick Cave in various musical projects (The Bad Seeds, Grinderman, various soundtracks) is without a doubt one of the main reasons a whole new kind of tenor players is emerging – thanks to the Eastwood Warren Ellis signature range.

Music is above all about being creative. It’s no coincidence such a versatile and productive musician such as Warren Ellis plays so many different instruments – but it’s not even about how well you play it. Grab something new, experiment and create your own sound and style. You can do it with a cheap kazoo, or with an expensive synth… but if you’re a guitarist, there’s no doubt that a tenor guitar is a pretty good start!

6 thoughts on “Tenor Guitar: Top 5 Reasons Why Every Guitarist Needs One”