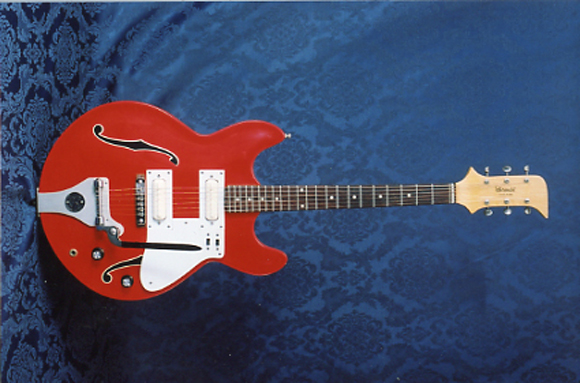 Back in the late 1960s, amplifiers were big. No, I don’t mean as in “popular.” I mean as in big! I had a giant 350-watt solid-state Mosrite that ran a whole band. It was so big, I had to buy a VW Bus to schlep it around. Back then, probably no big amp brand was bigger—as in more popular—than Standel out of California. Those were the amps to have (I suspect my Mosrite was really made by them). Standel got so big, the company introduced its own guitar lines. And, just as Mosrite probably didn’t make any amps, Standel didn’t make any of its guitars. 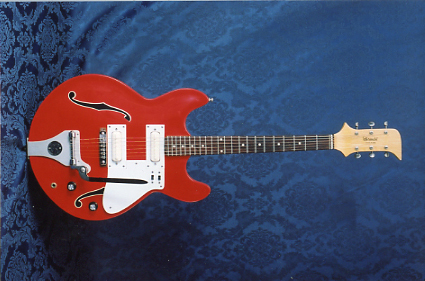 Standel was originally founded by Bob Crooks of Temple City, CA (a northern suburb of L.A.), in 1953 to make high-end tube amplifiers. The company describes itself as a “boutique” manufacturer, meaning it was basically a custom shop. Transistors—which can amplify an electrical signal in a way that’s analogous (!) to tubes—were invented around the same time, but it took some time for them to be applied to musical instrument amplification. I’m no amp expert, but the earliest application of transistors to guitar amps I’ve encountered was by Kay and its Vanguard series that debuted in 1963. Bud Ross, in Chanute, KS, built a reputation for hot-rodding amps by putting tuck-and-roll vinyl on them, and, in 1965, produced a transistorized amplifier that he took to NAMM and Kustom amplifiers—also “big” in both senses of the word—were off and running. I don’t know when Standel embraced the new solid-state technology, but it wasn’t long thereafter.

Kustom, like Standel, would go on to produce—or really commission—its own line of guitars. Exactly when Standel introduced its first guitars is a mystery remaining to be solved. Likewise, who made most of Standel’s guitars also remains to be elucidated. By 1969, at least, Standel was sourcing its guitars from legendary luthier Sam Koontz in New Jersey. This Standel Custom guitar is from before that arrangement.

Pretty much inspired by the Country-Western bands that congregated in and around Bakersfield, CA, a whole bunch of guitarmakers sprang up in Southern California, including Semie Moseley and others. Standel did sell some solidbody guitars with a tell-tale German carve around the top that I suspect might have been built for them by Semie. But Crooks apparently preferred hollowbodies, since most Standels are made that way.

Looking at the Southern California guitarmaker landscape at the time—excluding Fender and Rickenbacker, of course—the most likely source for this guitar is Murph. This looks for all the world like a Murph Gemini. Murph guitars were made in another northern L.A. suburb of San Fernando, CA, by Thomas Patrick Murphy from 1965-67, mainly as a vehicle to help promote the pop music act put together by his children. The best known models were the Squier and a heart-shaped Satellite that Dan Forte (aka Teisco del Rey) loves to feature. The Gemini was a thinline hollowbody with a pair of f-holes. The Murph Satellite had a headstock with a little Woody Woodpecker peak at the tip. Visit www.murphguitars.com for more information on Murph guitars. 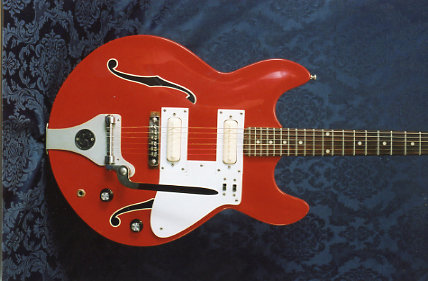 You can’t just look at a Murph and this Standel and say “Aha.” There are both similarities and differences. In addition to the similar body shape, the Standel head shows its own resemblance to Mr. Woodpecker. Murphs had more than 10 coats of paint; this appears to be plastic-covered, but could be really just very thickly painted. Both lines had 3-bolt necks. The Gemini had a similarly shaped pickguard with extensions up under the pickups, although these pickup covers are unlike any Murphs. The bridge and vibrato are also different. The Murph Gemini used a threeway toggle, but the Squier used a sliding switch, as here. The two biggest differences are the presence of an elevated “belly on the top,” yielding a mild German carve, sort of. Murphs had flat tops. Lastly, Murphs did not have zero frets. Of course, Standel could have deliberately sourced hardware from a different supplier just to make their guitars different.

So, like those annoying History Channel shows where you sit through an hour to find out that they can’t really prove that the wreck they’re exploring really is the Santa Maria or not, we can’t say for sure that Murph made this Standel. If they did, that would place it somewhere between 1965 and 1967, probably closer to the latter. If Murph did supply Standel’s guitars, then Murph’s demise in 1967 might explain why Standel switched to Sam Koontz a year or two later.

All Standel guitars appear to be quite rare. Until we find an example from another known maker that’s identical, origins will never be conclusive. Who knows? We could even find out that, for awhile, at least, Standel did, in fact, actually build its own guitars! And, for the record, give me a small amp any day!