Hi everyone thanks for your responses to my columns, so far especially Horst the “Maranello lover” for his eloquent email….

This past month or so I found myself having the same conversation several different times with several different people. That conversation centered around the question, “what were the greatest guitar solos on record”? I tend to go for the usual ones, but there are some great guitar sounds, not necessarily just solos, that are also worth mentioning. So folks here are my thoughts on the ten “Greatest guitar songs”. My list is a list not in any particular order, so here we go. 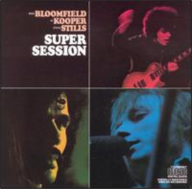 This is the most flawless 5 minutes of solo guitar I have ever heard. Mike’s tone and note selection here are perfect. Period. I marveled over this song at 13 years old and still do. A 59 “Burst” through a blackface Twin Reverb, if not for this record you could probably still buy a ‘Burst” for $500 (not really). 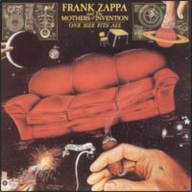 Frank’s tone on this cut is similar to his tone on many of his 70’s era tunes like Inca Roads, Punky’s Whips and cuts from the Apostrophe album, but this solo in particular is so chock full of nuts I can’t say enough about it.

The SG sound here sounds like he’s choking the guitar to death. What a solo! There was magic in the studio that day, for sure. 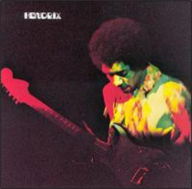 Not much to say here aside from the fact that this is the greatest guitar solo every printed on tape! Unlike the Bloomfield cut I referred to earlier, this is not a seamless, flawless solo; it’s just the most riveting, gut wrenching piece of guitar work I have ever heard. I turn people onto it who are not fans of Jimi, rock, or guitar in general and they are stunned. Jimi, Jimi, Jimi. 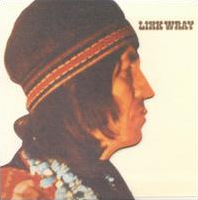 This song actually made me shiver when I was a kid hearing it for the first time. It’s what rock and roll guitar should be, raw, slightly out of tune and showing very little dexterity (off handed compliment if I ever heard one). The guitar Link is using on this cut is a Danelectro Guitarlin set in the middle position, with the pickups in series.

There are several versions of this song available. I like two of the earlier ones, one of which is the version where Link switches on the tremolo in the fade. Cool! The other version, which is my favorite, appears on a Link Wray compilation, on the Edsel label. 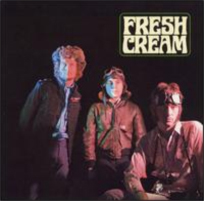 EC at his best. His entrance on this cut is what a solo should start like. Bang! Here I am. Eric’s tone is big yet cuts through. To my ear, it sounds like Eric is playing an SG. Clapton’s work on this whole album is unparalleled (see NSU and Dreaming) but this is “the” one. His enharmonic approach is refreshing and different. Most of his work in the future was mostly root or relative minor based. You’ll know what I mean when you listen to his solos on “While my guitar gently weeps” and “Something”. I have always felt that Clapton’s best work was when he was around musicians he did not tower over like Bruce, Baker, The Beatles and Duane Allman. 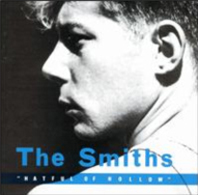 Johnny Marr (The Smiths): How Soon is Now?

Rarely do you find a song with a great guitar hook in it, a song in which the guitar sound defines any sound you hear afterwards that, even remotely sounds the same. This song has two of them. I don’t know much about Mr. Mars or the Smiths, all I know is that when I heard this song I stood with my mouth open thinking “my God that is a sound I will remember for the rest of my life.”

The first one is a rhythmic heavily tremoloed effect while he’s playing a chord. His strumming is in sync with the trem, where as, you don’t hear his attack, only the chord. A very powerful sound indeed. The second is when he slides back a half step using a fragmented voiced chord up an octave or so from the first hook, also breathtaking. BTW Morrisey’s vocal on this tune is also spectacular. 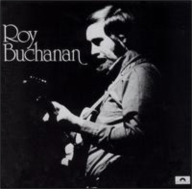 Even without knowing Roy’s story and subsequent fate, if this tune does not bring you to tears or at least give you a case of “chicken skin” you are dead already!!!

Hearing this song on Roy’s 1972 PBS TV special was a defining moment in this mans life. I could not believe anyone could put so much emotion into a song. To this day for me the actual playing of this tune has to be done at the right time in the right place among the right people. The Telecaster at its greatest moment is when it’s in Roy’s hands. The simple act of switching pickups in this song is earth shattering. This is more a spiritual experience than a musical one on my opinion. 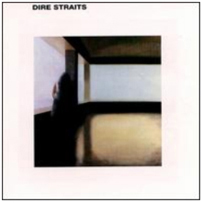 I knew that this song would be a hit based solely on the guitar playing. When was the last time you heard that statement? It was the 70’s for Chrissakes, and here comes this upstart Brit playing a Strat so clean you could actually hear his technique. And it was good, very very good!

I love this song for the sheer reason that it gives every guitar player the hope that if you play good enough you can play yourself into a hit record. His tasty playing during the song is so restrained and tempered that when in the last part of the song he goes into that famous triplet riff it sounds like the world is coming to an end. 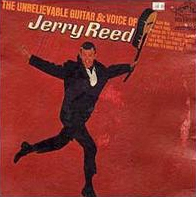 That’s his name and that’s his nickname. If I could play like any guitar player in the world it would be Jerry Reed. This guy is a monster picker, for sure, as well as, a talented songwriter and a not half bad screen personality (the Snowman in “Smokey and the Bandit”). Check out Jerry’s chops on this particular tune, he’s finger picking a gut string and it sounds like a multitracked guitar part being played by several great guitarists, but its not. It’s just Jerry being Jerry. 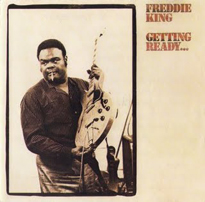 The first time I heard this song as I am sure I am not alone was by Jeff Beck on the second Jeff Beck Group album. Upon hearing Freddy’s version, a few years later, I initially still had Beck’s version in my mind as the reference. As time went on and I listened to King’s version more, eventually I fell in love with the simplicity in his approach. The stunning fact is, that like many of Freddy’s solos, he never moves from the one position he starts in. This was to me. to become a very important lesson on how to play the blues authentically. We sometimes get caught up in moving around and that movement becomes the idea, not the bending and squeezing of the few notes. Larry Londin’s simplified drumming also lends a hand to the tasty feel set up in the recording as well as Leon Russell’s signature piano sound, all simple and all tasty. Yummy!!!

Well boys and girls that’s it for now. Please contact me with your comments criticisms and suggestions I love ‘em!