While the 12 string guitar has been around for over a century, its role as a foreground instrument only surfaced in relatively recent rock and roll history. This blog takes a closer look at 12 unforgettable songs that wouldn’t be the same without the leading sounds of a twelve-string guitar! 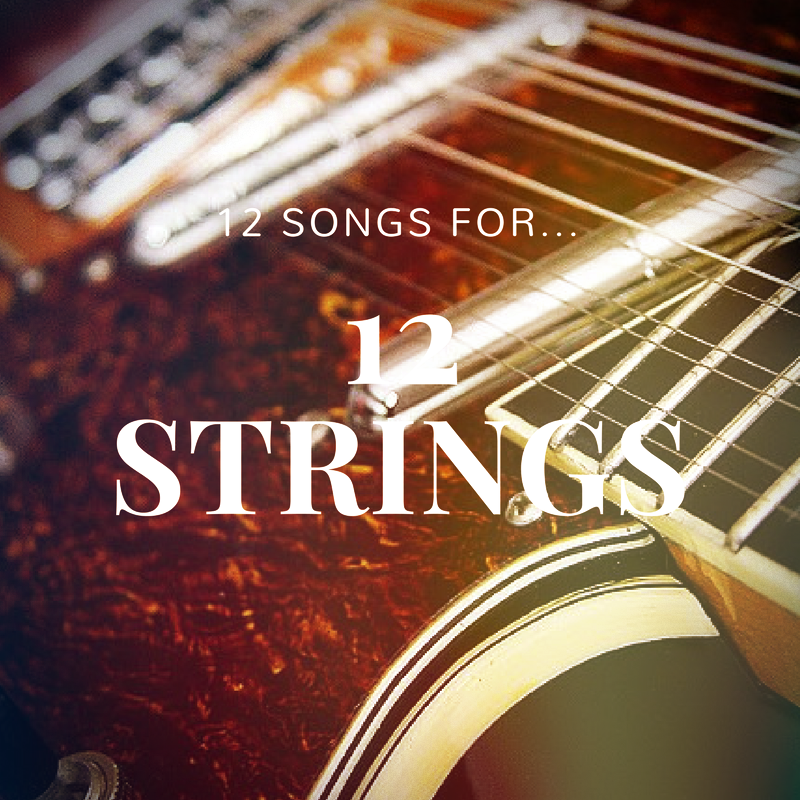 Sure, the instrument was favored by the likes of early blues artists Leadbelly and Blind Willie McTell in the 1920’s and ’30s, but at that time the instrument would have been used as an accompaniment at best, on most cases. That said, their use of the twelve string in blues music is perhaps the main reason the twelve-string began to come to prominence in the rock and roll world of the ’50s and ’60s. Their influence, along with the skyrocketing popularity of the electric guitar at the time gave musicians the idea to see what a twelve string could bring to their songs. The result? In a word… “Jangle!” We all know the sound. It is instantly recognizable as a twelve string guitar, and when you hear it, it truly makes you want to have one.

The following is my top twelve list of songs that evoke that feeling. Whether you love or hate the song, you can’t deny the infectious sound of the twelve string, nor can you help but wonder “would the song be the same without it?” To keep things interesting, I’ve only allowed myself to list one song per artist.

What sort of list of twelve string songs would be complete without mentioning “the Byrds”?! They’re easily one of the first groups to come to mind when you think of that twelve string jangle. Influenced by the Beatles and the film “A Hard Days Night”, Byrds guitar player Roger McGuinn picked up a Rickenbacker twelve string to incorporate into their sound. Their cover of Bob Dylan’s “Mr. Tambourine Man” was the first single to be released by the Byrds, and went on to become the first smash hit in the world of folk-rock.

The Beatles – Ticket to Ride

As George Harrison and the Beatles can be credited with bringing the twelve string guitar to mainstream pop music, they are definitely deserving of a spot on this list. They’ve got more than a couple songs that could stand here in place of “Ticket to Ride”, but that intro riff just showcases the twelve string perfectly. Not to mention, its pretty simple to play!

Rush – Closer to the Heart

Fast forward a few years, and you can hear the twelve string being used in a very similar way to those early bands who pioneered its use. The guitar introduces the song here, and really just sets the tone for the whole song. In addition to the arpeggiated melody played in the intro, this song makes great use of the “full” sound you can get by strumming on a twelve string. With the full band playing, the guitar really fills in its spot and can clearly be heard as a twelve string.

Boston – More than a Feeling

Perhaps their biggest hit, “More than a Feeling” was featured on Boston’s debut album in 1976. Again, we have the twelve string guitar introducing the song with arpeggiated chords. There’s a distinct “pretty” sort of sound you get when you hear a suspended chord resolve on its major counterpart, and there’s no denying that doing so on a twelve string just adds to that “prettiness”! The intro to this song makes good use of this, as well as a chord progression that makes it sound circular and complete.

Here’s another example of those suspended chord transitions! In fact, it even revolves around a D chord shape like in the previous song – but with a capo on your third fret. There really isn’t much to this song as far as guitar playing goes, but who doesn’t know this riff? The whole song is based on  those simple chords being strummed on a twelve string guitar. It simply wouldn’t have the same vibe if a six string was used in its place.

Anyone who grew up in the ’80s or ’90s will know the opening riff to this pop-rock anthem. Heck, anyone who listens to the radio should know it! For the “ballad” era of rock and roll, this song stands easily as one of the most recognizable. The descending Dm arpeggios in the beginning of the song are played on a twelve string, and the octave pairing of the G strings is what really gives the riff its mysterious, “shimmering” sound.

Led Zeppelin – Over the Hills and Far Away

Of all the great songs Zeppelin has written with a twelve string guitar, I always come back to “Over the Hills and Far Away” as my personal favourite. If you think it’s fun playing that intro riff on your six string, pick up a twelve string and give it a go. Instant satisfaction!

Pink Floyd – Wish You Were Here

Just by reading the title of the song, you get the idea that the songwriter is yearning for someone (or something) from the past. Then you hear the subtle twelve string enter with an effect that makes it sound like it’s coming through an AM radio, and the mood is set! It’s one of the most recognizable songs in Pink Floyd’s catalog, and a fantastic example of a twelve string guitar being put to good use.

Stripped back and straight to the point, “Wild Horses” is a rock ballad that gives us the raw simplicity of a twelve string being played as a rhythm instrument. Fun to strum along with, and an all around great song, it’s not a surprise that this one is often covered by rock bands around the world.

For whatever reason, it seems that there’s a universal acceptance that the key of D is where the 12 string “belongs”. Roger Hodgson’s “Give a Little Bit” is another one of many that are built around this key using a twelve string guitar. Not that there’s anything wrong with that… it’s another timeless classic!

I chose to put “And You And I” on this list not only because it’s a great song, but also because the twelve string is really put through its paces here. From the opening of the song with its brilliant natural harmonics to the strumming patterns used in the verses of the song, the twelve string really shines in the forefront throughout.

Featuring one of the most well-known twelve string riffs in rock and roll history, “Hotel California” is likely one of the songs to have been on the tip of your tongue when you read the title of this article. It’s a classic that’s here to stay, and it’s hard to imagine the recording without the mysterious jangle of the twelve string.

If you felt inspired by those twelve 12-string guitar songs, here’s a look at four amazing Eastwood 12 string guitars:

The Classic 12 is the perfect choice for that jingle-jangle Sixties vibe… it’s a veritable time-machine! Groovy.

The Eastwood Sidejack 12 is a totally rockin’ twelve-string guitar! Inspired on the legendary Mosrites as played by surf-music greats The Ventures and punk-rock icons the Ramones, the Sidejack 12 STD or the Sidejack 12 DLX (with Bigsby) go further than your jingle-jangly and can rock, too: