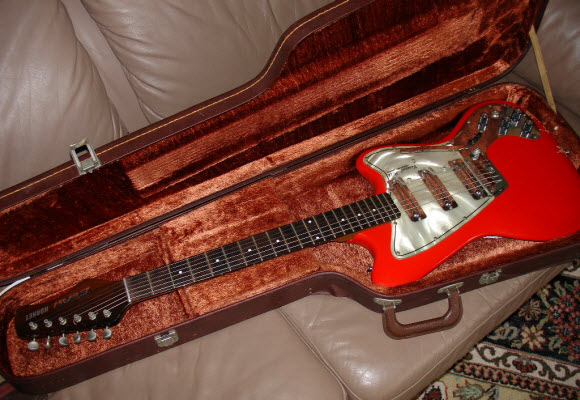 There is not much information available out there on these fabulous late 60’s guitars. The Coral Hornet is certainly in my top ten all time favorite guitars. Why? The body was ultra thin. So thin in fact that the control cavity was mounted on a raised metal enclosure because the body was too thin to hold the pots and switches. The pickguard was completely unique, I’ll try to explain… 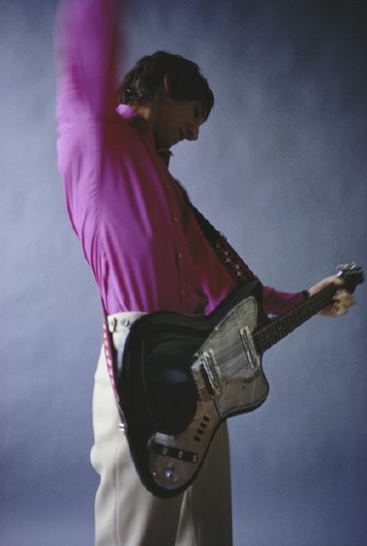 It was two piece – a Plexiglas top with some sort of invisible etching on the bottom, then a weird swirl underlay (like mother of pearl drum skins?) in a thinner layer was mounted underneath, the the Plexiglas was screwed on top. So, when you moved the guitar around the swirl looked 3-D due to the plexi etching.

They were branded with a “Vincent Bell Signature Design”. Vinny invented a number of electric guitar models for Danelectro and Coral. He designed perhaps the first electric 12-string guitar, and invented the electric sitar in 1967, using it on such hits as “Green Tambourine” by the Lemon Pipers, “Band of Gold” by Freda Payne, and “Heartbreaker” by Gene Pitney. This past Friday night I was lucky enough to get some passes to “The Who – Quadrophenia” at the ACC in Toronto. A fabulous show from a fabulous band, here is a early photo of the great Pete Townsend with a Coral Hornet.

I suspect very few were made as they are quite rare. Danelectro reissued them in 2009 as a “dead-on” model but in my opinion, not so dead on.