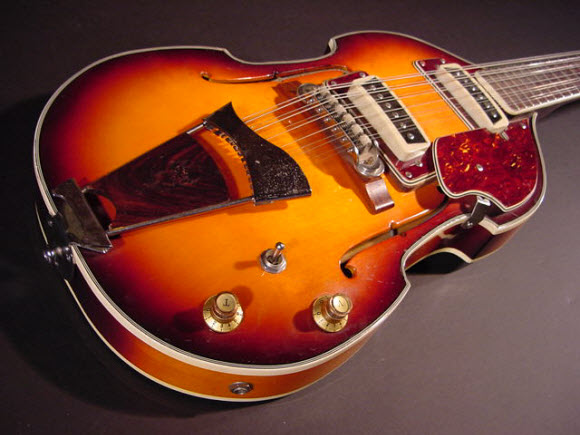 As much as I would like to, I can’t really shed a lot of light on this brand. What we do know, is they were from Japan, mid 60’s to early 70’s. All the typical copy-era models that you would see from Teisco and a handful of other brands. Slightly better than average quality, similar to the Domino guitars. So, likely an American importer that found a niche and filled it for as long as he/she could. Rather than ramble on about it, I’ll simply offer up a bunch of photos so you can let your imagination run wild!