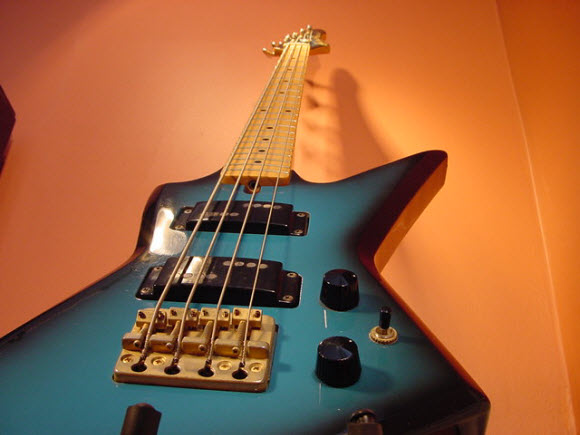 Aria was formed in Japan in 1953 by Shiro Arai as Arai and Company. They began retailing acoustic guitars in 1960, although the company didn’t actually start manufacturing their own until 1964. Aria arranged for Matsumoku, the musical instrument maker, to build the guitars for them under contract. Arai and Matsumoku started building acoustic guitars in 1964, and then electric guitars in 1966, using Arai, Aria, Aria Diamond, Diamond, and much less frequently, Arita brand names. The Aria brandname was changed to Aria Pro II in late 1975, though this has been used mostly (but not exclusively) for electric guitars and basses. All guitars were made in Japan until 1988, when production of less expensive models was switched to Korea.

Aria Pro II did some copies of famous American guitars like the Fender Stratocaster and the Gibson Les Paul though it also did its own style of guitars. In the 70s and early 80s the company came into its own in the United States with a series of high end professional instruments. The company had professional endorsements from Herb Ellis, Yngwie Malmsteen, Neal Schon, John Taylor, and many more. Cliff Burton of Metallica used an Aria SB Black N Gold I as well as an SB-1000 bass but was never an official endorser.

Here is the Aria Pro II ZZ Deluxe Bass. These were manufactured between 1982-1987.