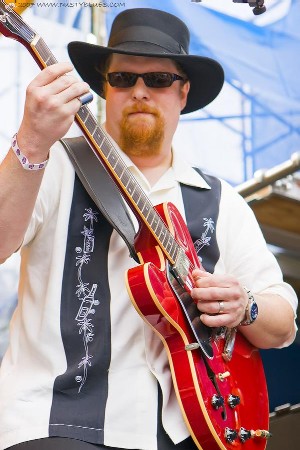 Tom will perform some of his original compositions like “Worry and Wonder” and “Zeb’s Blues” as well as some tried and true blues standards. In addition to his performance, Tom will discuss his guitar and what he looks for in an instrument. He’ll also take questions from the audience so come prepared. This will be a listen and learn session.

All Fat Tone After-Hours events are free however we ask that attendees email us to confirm attendance as seating is limited. In appreciation for coming, all attendees will receive a $25 gift certificate good at Fat Tone Guitars.

Tom started playing professionally in Chicago at age 19, landing his first gig with L.V. Banks, in a beauty salon on Chicago’s south side. Tom worked with L.V. Banks on and off for four years. It was also during this time that Tom was introduced to Muddy Waters last guitarist, John Primer. Tom toured the United States and Canada for 2 years with John as a member of his band, the Real Deal Blues Band.

In late 1999 Tom was asked to join Chicago blues guitarist Eddy “The Chief” Clearwater’s band. Tom toured with Eddy Clearwater for three years as bandleader, and toured across the U.S., Canada, and made his first trip to Europe. It was during this time that his status as one of Chicago’s top sidemen was solidified, also freelancing with Carey Bell, Phil Guy, A.C. Reed, Atlanta vocalist Sandra Hall, and countless other Chicago bluesmen and women.

In November of 2003, Tom was approached by harp legend James Cotton, who was in need of a guitar player. Tom accepted and has been touring with James now for over a year. In July of 2004 Tom toured Japan for the first time with James Cotton, as well as Switzerland.

Tom also tours extensively with his own band The Shufflekings. 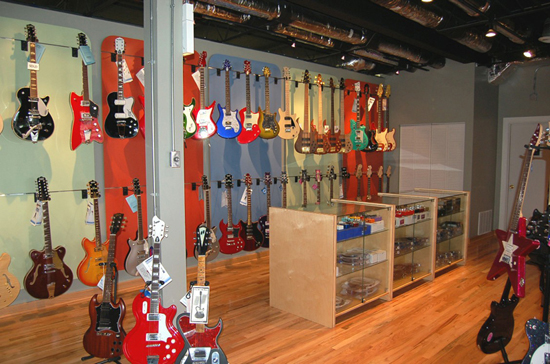 This is Fat Tone Guitars first after-hours showroom performance. Fat Tone after-hours events are designed to allow local artists to showcase and discuss their music as well as their tone AND their gear. All after-hours events will be held at Fat Tone’s showroom in Northbrook, IL and begin at 7pm. Events are free and light food and drink will be served. 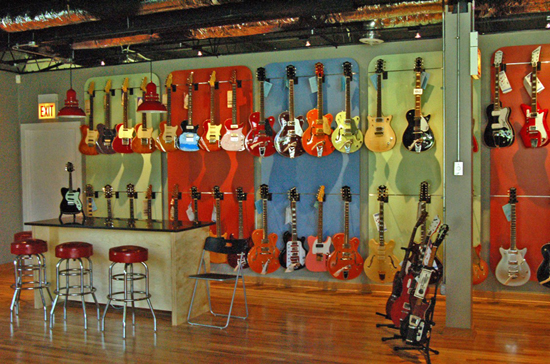