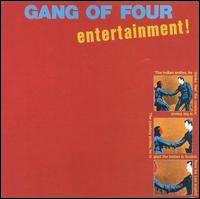 With the magic of You Tube, this month in Notable we direct you to Andy Gill’s guitar playing on “He’d Send in the Army”, circa 1980. He turned my thinking upside-down when I saw The Gang of Four that year. Watch the video. Unbelievable. Recently Andy sent a “quote” to add to EastwoodGuitars.com, to which we are greatful.

The thing we all love about guitars from the 50’s and 60’s is the sense that they were inventing new instruments – not yet shackled by electric guitar conventions. Take that idea – put it with something that is made and finished very well – you have an Eastwood guitar – a guitar for non conformists. [Andy Gill – The Gang of Four]