This month’s column focuses on my pet peeves and some very important and yet overlooked aspects of guitar playing and your enjoyment of your guitar: tuning and set-ups. 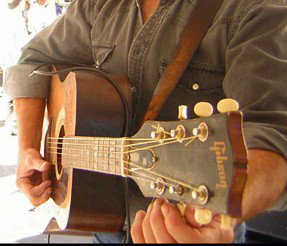 Everybody deserves to have a guitar that plays well, stays in tune, and is in tune with itself. This is not just the privilege of globetrotting superstars, but everyone who owns a decent instrument.

Before I go any further, let me give you the proviso that I am not a guitar tech, set-up guy, or luthier. I’ve been playing for almost 4 decades and I’ve picked up a lot of valuable information along the way. What I do know is when to go to an experienced guitar technician / luthier to get problems solved. The whole purpose of this column is to inform those of you who were curious about some of these things but were afraid to ask or just plain didn’t know. You experienced guys and gals – Eddie Van Halen and Django Reinhardt: who’s better? Discuss.

In preparation for our upcoming cross-Canada tour this summer as a member of The Bachman Cummings Band, I decided to take my 2005 G&L ASAT Deluxe to my friend Brian Mascarin, a very in-demand luthier and guitar technician in Toronto, to have him dress the frets for me. Now you would think that the frets on a $2,500 guitar like a G&L would be set-up to perfection. Not so.

Consider the journey that guitar took to get to me: it was made in California in a very temperate climate, traveled across the continent in a truck, possibly in freezing weather, and arrived in Toronto where it hung in a music store for the better part of two years by its neck! And with the same set of strings!

I detected an annoying buzz under the D string that I couldn’t get rid of so I took it to Brian. He said it is not uncommon for some guitarists to come directly from the music store with a brand new Gibson, Fender, or Paul Reed Smith to his shop where he sets up the instrument to its new owners specs and tweaks any minor flaws that the factory may have overlooked. Keep in mind that with the worldwide explosion in popularity of the guitar, these manufacturers have to pump out literally hundreds (thousands?) of guitars every month. It is not realistic to assume that these instruments are 100% ready to go in every way for every player’s needs.

The need for a set-up by a qualified expert is even more crucial in the case of instruments made offshore: drastically different manufacturing climates, month-long trans-oceanic journeys with varying degrees of temperature and humidity, and high volume factory output are factors that have to be considered. No one can dispute the very high levels of quality and workmanship that goes into guitars made in Asia but keep in mind the changes and the journey your instrument has undergone before it got to you. No wonder it needs a bit of tweaking and TLC! 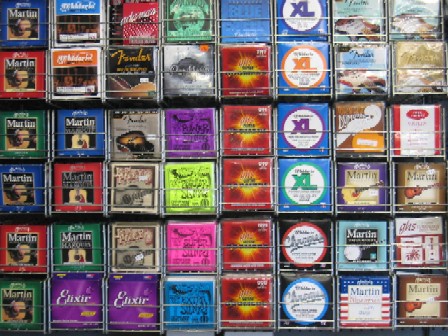 Guitar Strings on the Wall

Quite often I hear of guitar owners complain that their newly purchased axe just doesn’t play the same as it did when it was purchased (Hey! It was in tune when I bought it!).

Did you change the strings? Of course you did. You took off the now tarnished and oxidized strings that the factory installed and put on a fresh set of your favourite brand with your favourite gauge – you know the super slinky .008’s with the .056 E string! Or the good guys at the store or e-store threw in a set of strings for you. Now the neck has a bow in it and the strings are an inch off the neck.

Why? Because you changed the geometry of the instrument. Here’s a real nugget for you – a guitar’s playability is affected by the gauge of string you use! A set of strings exerts hundreds of pounds of tension on a guitar’s neck. When you change the gauge or thickness of those strings, the tension on the neck changes. Your guitar was set up with a certain gauge of string at the factory. Unless you replace the strings with exactly the same brand (string characteristics in the same gauge vary from brand to brand owing to different manufacturing techniques and different metals used), your guitar will play differently. The only way to accurately determine the gauge of a string is with a micrometer and not many music stores have one of those under the counter.

What to do? Pick a brand and a gauge of string, get your guitar set-up for that string and stick with that string. When you experiment with different brands or gauges (and you should!), get the guitar setup again for that particular string.

The truss rod is what is adjusted to add or reduce – relief – or bow in the neck. As I said in the opening, I am not a repair guy and I’m not going to tell you how to adjust your truss rod. I personally don’t think you should because the potential for permanent damage is huge. This is when you should go to an experienced technician. 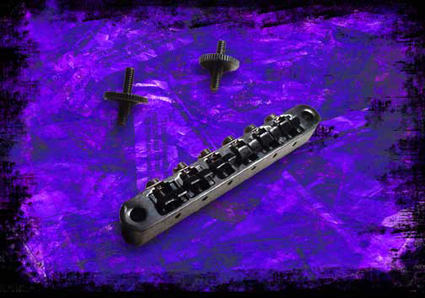 Ever wonder why some chords play in tune and others don’t? That’s intonation – the guitar’s ability to be “in tune” with itself. Without going into a long boring treatise on the tempered tuning system developed in the 16th century or whenever it was, suffice to say that your electric guitar, thanks to Mr.McCarty and the engineers at Gibson in the 50’s, has a bridge with little moveable saddles on it called a “tune-o-matic” bridge.

These little saddles adjust the string “length” relative to the 12th fret, which theoretically is the midpoint of the note. There are many resources on the net to get more details on the theory, but the idea here is to let you know that if you have a decent electronic tuner, a small screwdriver and a bit of patience, you can intonate your guitar so that it plays more in tune with itself.

Here’s how you do it:

Here are the names of three very qualified technicians / luthiers in the Greater Toronto Area:

4 thoughts on “Guitar Tuning & Set-Up Tips of the Stars!”