Greetings to all who love rock and roll, and thank you all for your comments and encouragements on this column. 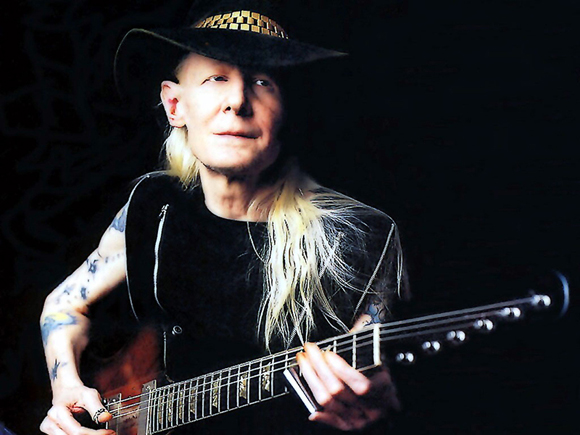 When you talk about great authentic white blues guitar players, you are surely talking about some rarified company. The key word being authentic, and in my estimation authentic white blues guitar player means that when you listen to this person playing you think it’s a black man playing. Stevie Ray Vaughn a great blues guitar player always tried to get that real blues sound. When I saw Stevie Ray for the last time a few months before his death we spoke backstage at one of his shows and I told him “man you sounded like Albert King”, Stevie smiled and said that was the biggest compliment I could have ever given him. That is what we who strum the strings in the blues strive for, to sound like our idols, the great bluesmen. Johnny Winter did this as well as anyone, and proof of this is that he was accepted amongst the great bluesman as an equal, and shared the stage with many of them with great dignity and restraint.

Johnny was born John Dawson Winter in Beaumont Texas on February 23rd 1944. Johnny (as well as his brother Edgar) were born with albinism, and being an albino made Johnny stand out, but that did not stop him from playing music with his brother Edgar. His first record was recorded when Johnny was only 15 with his band Johnny and the Jammers, but it was Johnny’s self-titled first album on Columbia that established Johnny Winter as an A-List 60’s rock icon. His second album titled Second Winter was a three sided album (a double album with a blank forth side) that further marked Johnny as a guitar hero right up there with Jimi Hendrix, Eric Clapton, and Mike Bloomfield. 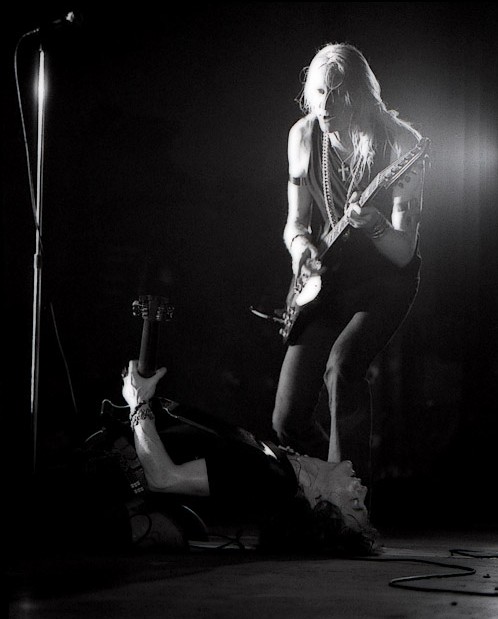 Johnny’s next few albums were also fantastic albums, Johnny Winter And (1970), and Johnny Winter And Live (1971) were big sellers and were just ass-kickin’ rock and roll records. Those two albums contained great tunes such as “Rock and Roll HootchieKoo” (penned by Johnny Winter And guitarist Rick Derringer) and “Mean Town Blues”. 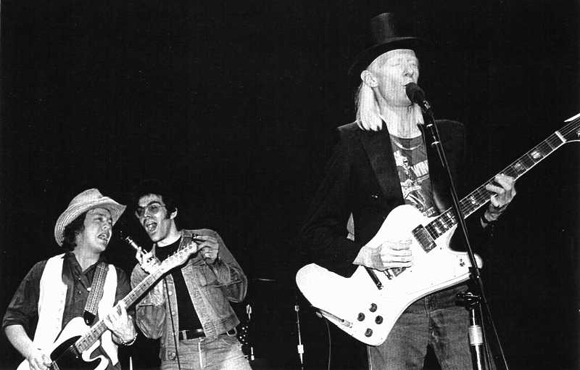 Johnny Winter’s years of drug addiction caught up to him in 1972 and after a hospital stay (no ‘rehab in the pre Betty Ford era) he released “Still Alive and Well” in 1973, this was to be Johnny’s last decent selling release.

Even though Johnny’s days of gold records were behind him his name alone could sell out any club, or 3000 seat venue. Johnny always delivered at a live show; his fiery approach to guitar playing was eaten up by audiences all over the world. 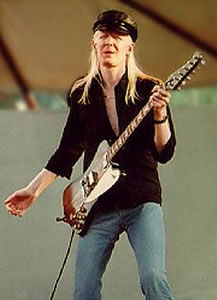 As a slide guitar player (playing guitar using a glass bottle-neck or copper tube) Johnny was unparalleled in his day, just check his slide work on Bob Dylan’s “Highway 61 Revisited” from Johnny’s album “Second Winter”. And when you talk about sheer rock and roll guitar, Johnny Winter can stand up with any rock guitarist. His vibrato (the bending of notes on the guitar) which is the signature of any rock and blues guitarist is unmistakable. 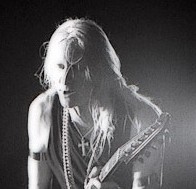 Johnny kept it real for the blues crowd as well, and in 1983 he produced a great record for blues legend Muddy Waters called “Hard Again”. Reticent of Muddy’s age Johnny laid back on his playing on the record and let Muddy control the dynamic range of the record, a great tribute to Muddy and Johnny as well.

To this day Johnny still can bring it live, even though he sometimes has to be led to the bandstand, which is no surprise when you understand that his lifestyle over the past 40 years makes Keith Richards look like Bruce Jenner.