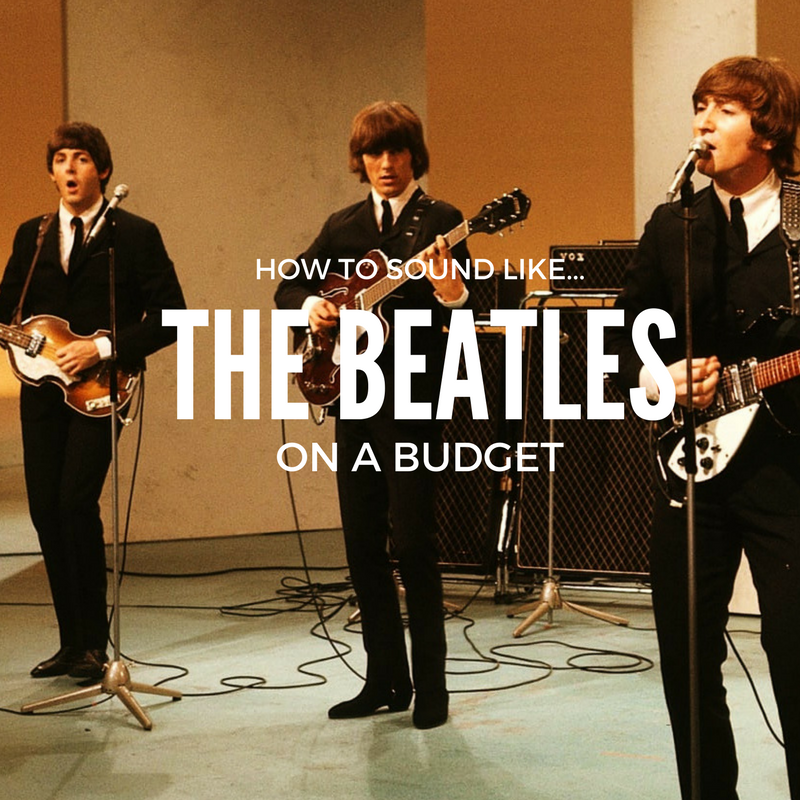 The history of Beatles gear is well documented – but not everyone can afford the same equipment as they used. This guide aims to show that YES, you can get similar sounds using modern and considerably cheaper gear.

The Beatles are so influential, that pretty much most of the gear they’ve used (and been photographed with) has become almost as iconic as the Fab Four themselves. The Beatles’ history has been well-documented and we all know they used Rickenbacker guitars, Gretsch Country Gentleman, Vox AC30, Hofner Violin Bass, Gibson J-160e acoustics and so on.

Unfortunately, not everyone can afford the same gear – most of which still in production and available today, thanks, in no small part, to the band’s popularity and continued influence. 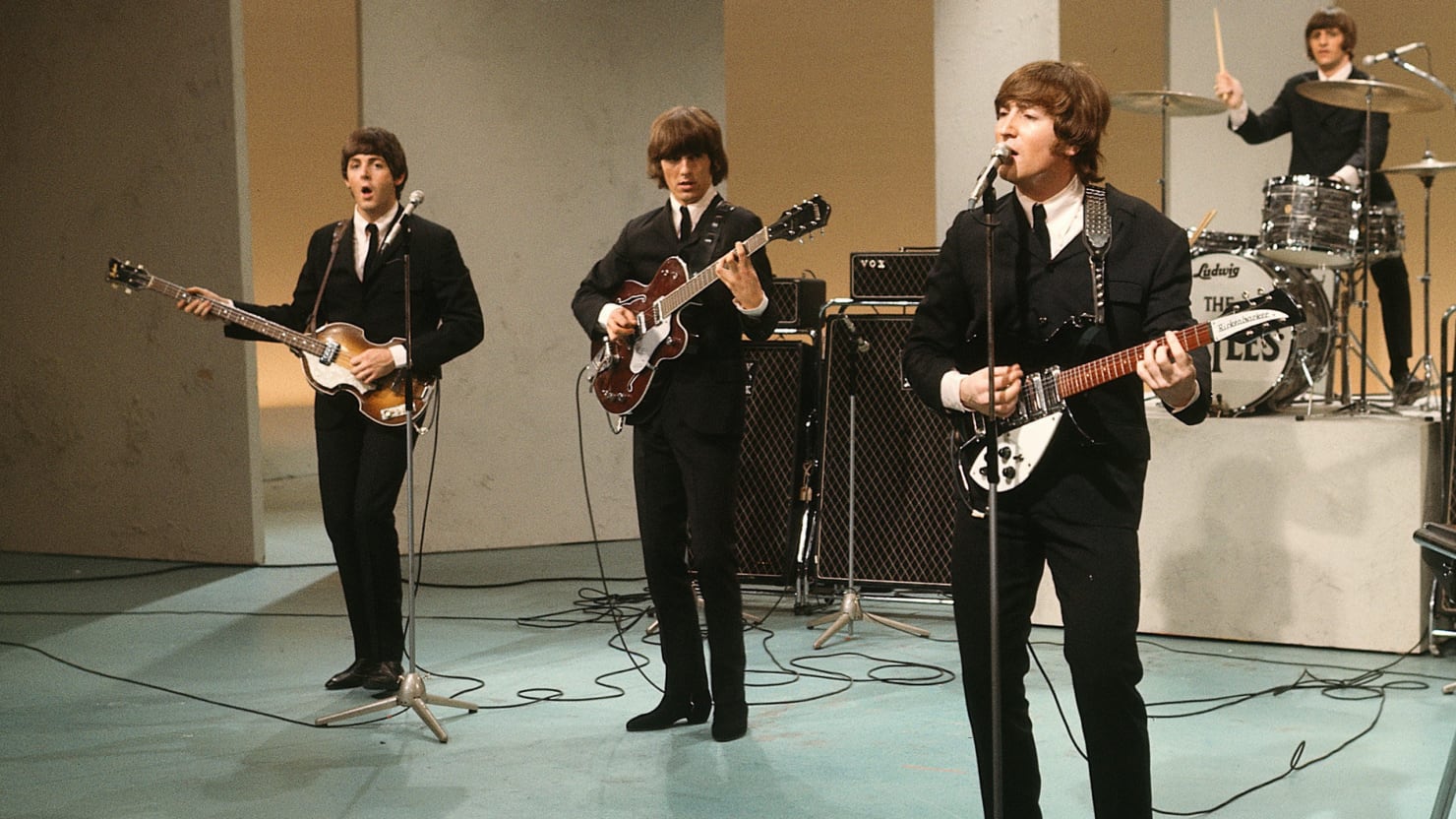 The Beatles on stage: Paul McCartney and his Hofner bass; George Harrison and a Gretsch; John Lennon with his Rickenbacker; and Ringo.

The good news is – there’s a lot of great quality gear at a fraction of the price, and which will get you in the ballpark, both in terms of sound, and looks.

Eastwood Classic 6 DLX, a great alternative to the Grestch as used by George Harrison…

Epiphone EJ160e VS: a good few years ago, Epiphone released the EJ-160e John Lennon signature, which was the first truly affordable version of the Gibson J-160e as used by John and George on several Beatles tracks.

The John Lennon model has been discontinued, but thankfully the current (non-Lennon signature) model is still available!

Harley Benton Beatbass: this is one of the most affordable Hofner-style, violin basses around, and should be good enough to make you feel like a budget Macca! You might find better violin basses out there, but for the price it’s hard to beat…

Of course, The Beatles famously played Epiphone Casinos, which are still in production and not that expensive. When it comes to Rickenbackers, though, we’re not that lucky – the brand is really harsh with competitors who try to copy their (expensive) designs, so you won’t find good quality, new replicas around. The best bet is to try and find cheaper copies on Ebay. 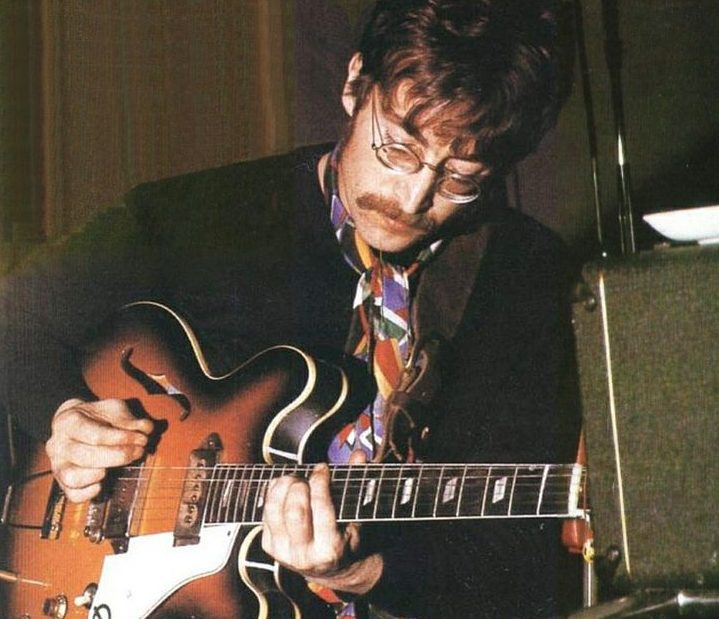 John Lennon and his Epiphone Casino

For early Beatles, you gotta go the Vox AC30 route, of course! Today’s player on a budget (and those who don’t want a big heavy amp….) will be more than happy with the more affordable Vox AC15VR, which nails the classic Vox tone at a fraction of the price – and looks great, too: 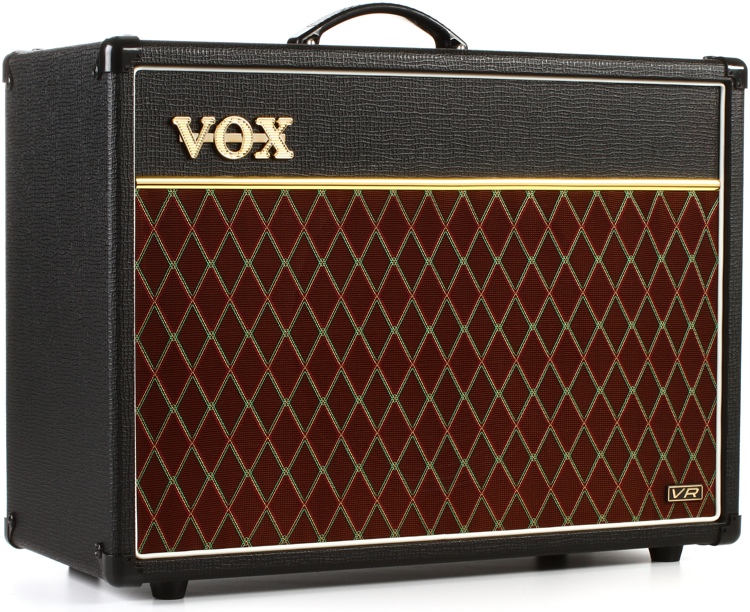 Vox AC15VR… perfect for Beatles fan on a tighter budget

The most-used amp on Beatles record, however, was the Fender Bassman. One of the best amps ever, quite hard to beat… but for modern soundalikes (as much as possible…) on a smaller budget, you can’t go wrong with the Fender Bassbreaker series, or even the Peavey Delta Blues 115, which has a fantastic Fender-like tone and quite cheap on the second-hand market.

The Beatles were early adopters of fx-pedals, but their use was limited to a few songs, in the studio only. For instance, George was photographed fiddling with a Maestro FuzzTone in the studio; John used a Wem Rush PepBox  on Paperback Writer, and Paul used a Vox Tone Bender on his bass in Think For Yourself. All of them have been reissued “boutique-style” and can be found reasonably easily online, if not exactly cheap. 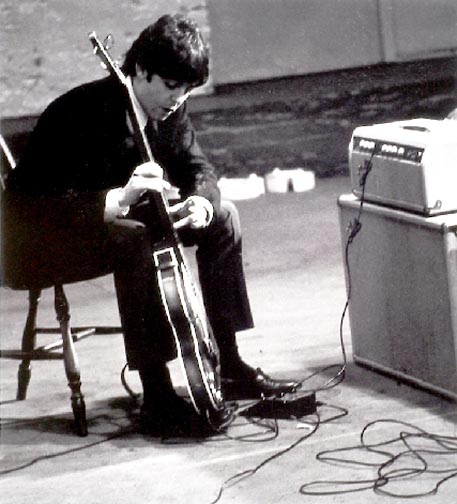 The Way Huge Havalina fuzz is a well-priced modern option – a germanium fuzz that does the Tone Bender sound really well!

Other than that, George used some Wah in the later days of the Beatles, so the Vox Wah or Dunlop Cry Baby will be just perfect.

More interestingly, you can also get a few FX pedals to achieve some sounds from the Fab Four psychedelic era – reproducing the sounds of other instruments and studio effects used by the Beatles in the studio:

This Reverb.com video suggests other pedals you can use, too, to reproduce the sounds of specific Beatles tracks: