Wow. Where did the time go? OK, I’m 50. No big deal. I’m just a little surprised how fast I got here that’s all. Looking back I can’t imagine having more fun along the way and no reason to think it will get any less silly moving forward. I am blessed to be surrounded by a great family and a wide, diverse circle of friends. What else could you ask for? Sorry to bore you with the slide show, but I feel the need to document this…

The celebrations took nearly two months to get through. It started early in August with a 2 week getaway vacation with my wife Kay and son Troy. We went to eastern Canada and hit every spot imaginable from Cape Breton to P.E.I. to Halifax and over to Newfoundland. If you have never been to Newfoundland, you should. Here is a picture of Troy and me hiking in Western NFLD: 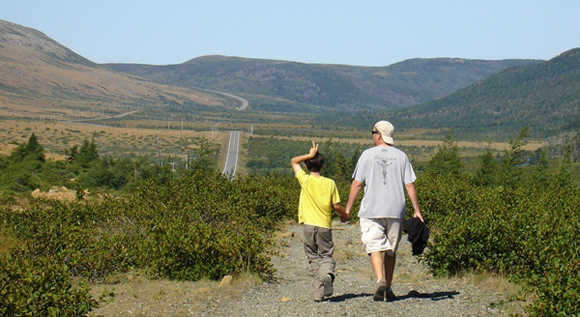 Troy and me hiking in Western Newfoundland

Here is 10 yr. old Troy in charge of steering the Lobster Boat in P.E.I. He may look calm, but in fact he is very serious because this was a pretty big boat!

Upon returning to Toronto, my brother Peter from California decided to make his second trip up to Canada this summer for the 50th celebrations. We kicked it off with a couple of rounds of golf and more than a couple of rounds of drinks. The big party was Sept 5th, featuring a baseball game with 25 friends from High School – Yes, I said HIGH SCHOOL FRIENDS – question: who can round up 25 high school friends on their 50th Birthday? I think not many. That is what I call good friends! Butch came from Texas, Big T came from Vancouver, Heter from California. Amazing that most of us still hang out together all the time. Here is one of the photos: 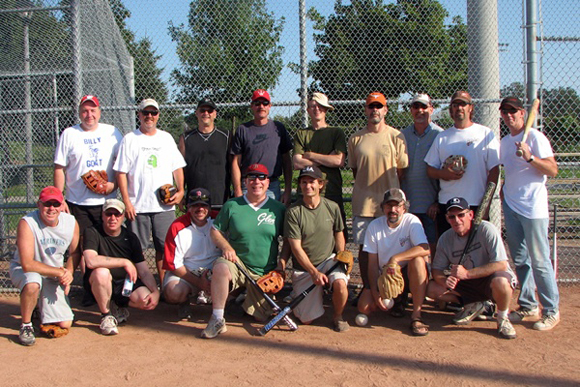 Who can round up 25 high school friends on their 50th Birthday? I think not many.

The party lasted well into the wee hours, featuring numerous guitars, amps, basses, vocals, and of course cocktails. Good thing the neighbors were out of town. After that we went up north to a friend’s cottage in Muskoka for 3 days of fishing. Here is brother Peter, trolling the shoreline for PIKE: 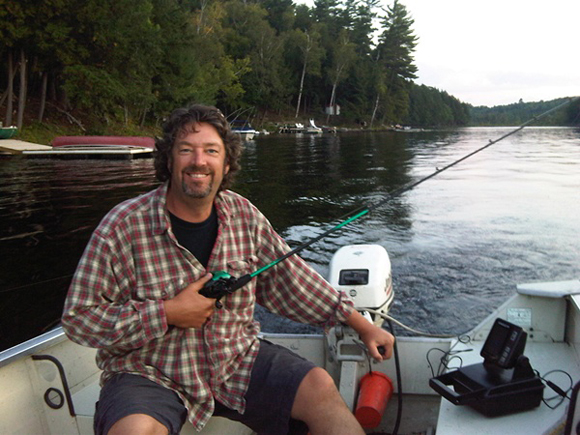 Peter, trolling the shoreline for Pike

Then back to Toronto for a short sleep and right on through to the Catskills in New York – a total of 8 hours driving – to the ATP Festival. What a blast that was. Take a look at this shot. Yes, I might be 50, yes, I might look 50, but I am dead center in the middle of the mosh-pit acting like a 20 year old, which is how I feel most of the time. This photo was taken during the kick-ass set from legendary JESUS LIZARD. That is David Yow with the MIC, me right in front of him: 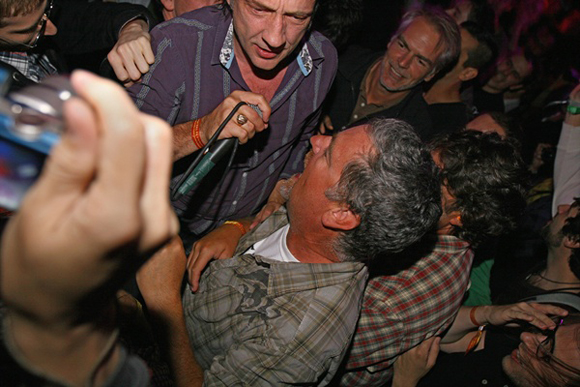 Also that first night I ran into Nick Cave (who was not on the bill) after sitting in with Warren Ellis and The Dirty Three. Warren and I get to talking about making an Eastwood TENOR guitar. This is really going to happen! Here I am with Nick and his AIRLINE TUXEDO guitar the following week back in Toronto: 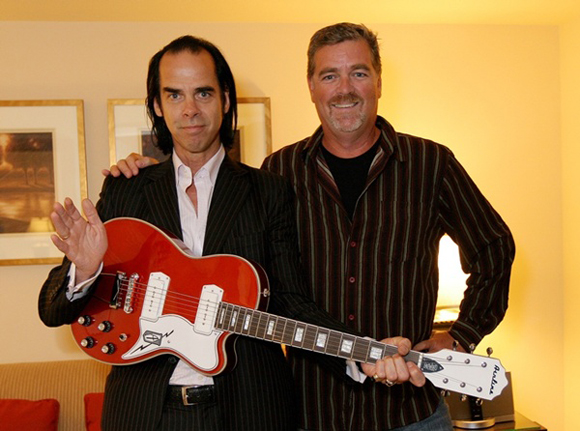 Nick Cave with an Airline Tuxedo

Not often you see Nick smile, but somehow it feels like a fitting photograph to cap off the 50th Birthday celebrations. So the partying has finally come to an end and it’s time to get back to work. Summer has also officially ended and the leaves are starting to fall. Here is one final photo from this summer. This is Troy up at our cottage, where most evenings we have a fire and roast marshmallows. Troy decided it would be cool to put a marshmallow on the end of an arrow and fire it out into Georgian Bay. Who has more fun than kids? Looks like the 50 year olds? 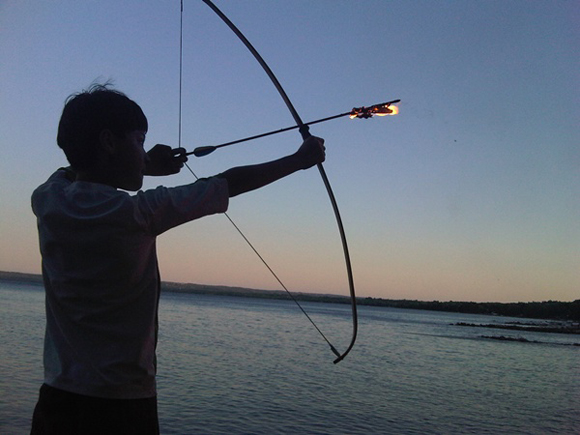