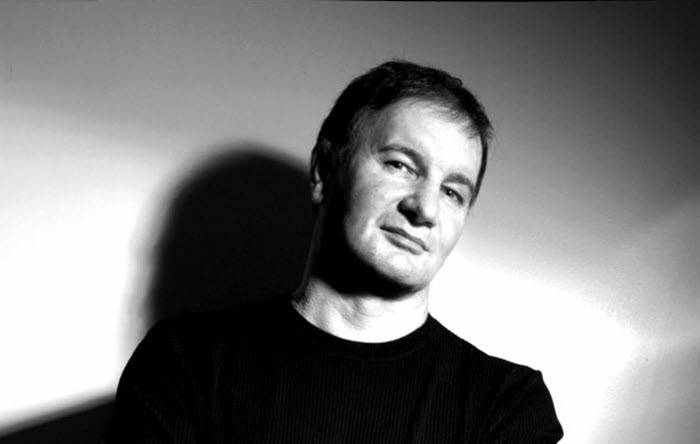 It’s interesting to think that the majority of gear that we lust after as players was designed over 60 years ago. Strats, Les Pauls, 335’s, Tele’s, Fender tube amps, even the Flying V and Explorer, all designed in the 1950’s. In fact the majority of boutique gear currently being made is a rehash of these same designs from decades ago.

In an age where we have bluetooth everything, cell phones, touch screens, online commerce, LED lighting, MP3s, etc…we still plug our archaic electric guitars into our vacuum tube amplifiers and proceed to rock out. Other than our ’50’s era eyeglass wear (which will most likely fall out of fashion sooner or later), I can’t think of another facet of our lives that is a throw back to the mid century…ok, there is that IKEA coffee table…

Not even throw back….we don’t seek out these hand wired relics of rock because it is simply fashionable, it really is the best means for great tone! Right?

England native, Phil Jones is a natural born electronics/audio geek. Around the age of 13, he “borrowed” some magnets from school and hand wound a double bass pickup on a record player, ( He dug it out of a closet and showed me…amazing!). As a child he raided dumpsters in search of old tv’s and radios that he could dissect and turn into amplifiers. He even collected old tobacco tins, turning them into hand built stomp boxes!

After an apprenticeship with British Telecom, Jones studied orchestral arrangement and earned a degree on the double bass. He worked as a professional musician for a while before moving to Iran to work as a specialist in Navigation Systems while studying audio and acoustics in his spare time. A few years later Jones moved back to England to start his own live audio concert sound company running sound for large outdoor venues using his own designed horn loaded speakers. He soon built his own 24 track studio, leading him to designed his own near field monitors which led him to start his first company Acoustic Energy and designing the AE 1 near field monitor.

Jones moved to the states to take a designing job with Boston Acoustics after a disagreement with investors of Acoustic Energy led him unable to continue designing speakers in England due to interest conflicts with what became his former company. After a four year stint with Boston Acoustics in the US, Jones started up another company; Platinum Audio. in New Hampshire, making high end audio speakers . In 1998 Phi moved to China to start American Acoustic Development and in 2002 Jones started Phil Jones Bass Amplification using AAD resources. Jones then moved back to the States in 2003 and settled in the St. Louis area where he still runs his company, commuting to China 6 times a year making high end bass amps, guitar amps, and audio gear.

To clarify, though his factory is in China, this doesn’t mean Jones works with sub par materials or is trying to cut corners. He spent two years building his factory from the ground up with his partners Edifier International: a public corporation to insure top notch quality, and components are produced in house to his expectations. Parts that can’t be built in his Chinese factory up to his expectations are imported in from other countries such as USA Japan and Europe.. Having his bench in China keeps his cost affordable enough to produce his personal standard of quality and enables him to control every aspect of the process.

Phil Jones bass amps are designed under the principle of a series of proprietary small, high efficiency, 5″ drivers that move as much air as a large bass speaker, but retain the clarity and fidelity of a high end studio monitor. The result is a bass amp that allows the listener to feel the low end yet hear the notes clearly.

Jones also builds acoustic guitar amplifiers and even has a model ( the AG300 Super Cub), that is a 300watt, two channel acoustic/ electric amplifier. Though Jones admits that it is hard to design a single amp that does multiple tasks at a superior quality level, the AG300 is a top of the line acoustic and electric guitar amplifier. Weighing only 26lbs, the two channel amp houses six, 5″ drivers that will fill a room. Channel one is voiced to handle the midrange of an electric guitar and accepts pedals beautifully, while channel two is voiced for the sonic pallet of acoustic instruments. It also has built in effects allowing the amp to perform excellently by it’s self. Because the amp is full range, you can use it for practically any acoustic/electric instrument, pedal steel, electric guitar, and even keyboard. I had the opportunity to try the AG300 at a wedding gig and used it for both pedal steel and electric guitar. I found that it worked well with my pedal board and was a joy to load in and out at 26lbs.

Jone’s most recent line of amps are the AirPulse EG300 and EG500. These new designs are a departure from Jone’s previous amplifier designs housing a 1×8″ speaker in the EG300 and a 1×12 in the EG600. Both amps use the same 500 watt Class D amplifier. I AB’d both amps against a vintage Fender Concert tube amp and the difference was astounding! The AirPulse amps were fuller and richer sounding with plenty of power. Switching between the tube amp and the AirPulse left the Fender sounding weak and flat. I consider myself to be a bit of a tube aficionado, but I believe if I had tried both amps in a blind test, I would have totally picked the AirPulse as the vintage tube amp.

Jones will be releasing the EG series AirPulse amps at the winter NAMM show in Anaheim, CA this coming January. Although he has been recently focusing on the electric guitar market, Jones is still working on more goodies for bass players and has recently developed the Double Four, a 70watt bass amp the size of a small lunch box that has amazing bass tone. I tried it with a five string bass and the Double Four handled the low B string with ease. Perfect for studio and practice applications.

So when we think of boutique tone, do we look to the past or move forward? Is vacuum tube technology the best we will ever see….or more importantly hear? Are we able to get past the psychology of what we think is the best tone, and open our ears and minds to the possibility of what could be…the future?

Let me go on the record to say that I personally love tube tone. There is no modeling amp, studio plug in, or effects rack, that I have encountered that surpasses the feeling of playing through a vintage tube amp, for me anyway. But if I never keep my self open to the possibility of new technology, I might end up missing out on a whole lot more. I also want to make clear that I am not heading to the mountain to preach of the new savior that Phil Jones is to our ears, but I have to say the amps I tried that Phil Jones has created where pretty cool. It’s even more cool that he is in our own back yard.

For more information on Phil Jones and his equipment visit http://www.philjonespuresound.com/

One thought on “Phil Jones Pure Sound: Breaking New Ground In Our Own Back Yard”