Not to be confused with the recently re-issued California Rebel by Eastwood Guitars, the Domino Californian came out a few years earlier. Imported to New York by Maurice Lipsky Music Co., these Japanese guitars were part of a series of models branded “Domino” throughout the 1960’s. 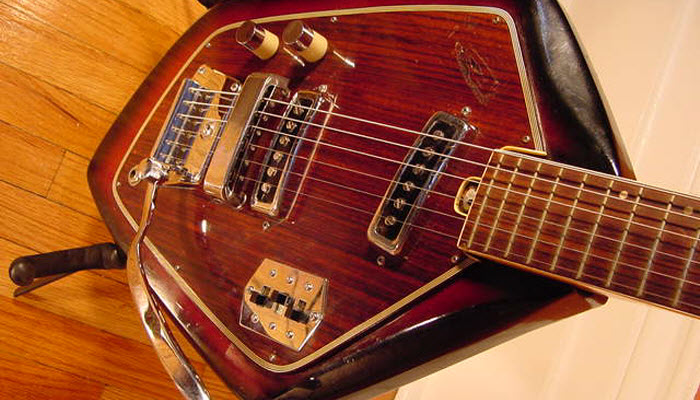 This model was an obvious take on the VOX Phantom from the same era. VOX initially made guitars in England then transferred production to Italy. Brian Jones of the Rolling Stones popularized the Phantom and the Teardrop models, so Lipsky was quick to jump on the opportunity with the Domino brand.

The California was available in 2 or 3 pickup configuration. Main colors were White or Redburst as shown below, but have also been spotted in canary yellow and sonic blue. They all sported the rather unique woodgrain pickguard which looked like a 1950’s kitchen table top. It was also available in a Bass version.