Growing up in Miami during the 60’s was a lot of fun with the beaches and the good weather, there was a small town atmosphere. I didn’t realize then what a hot bed of music I was living in. Battle of The Bands every weekend at the Concord Shopping Center, your basic strip mall. You could hear the music on my front porch. Mostly Surf and instrumental tunes, matching shirts, guitars and blond Fender piggy back amps…the typical garage band fair , but some of my favorites to this day!

All of this is cronicled in Jeff Lemrichs book – Savage Lost – about the South Florida Garage scene. 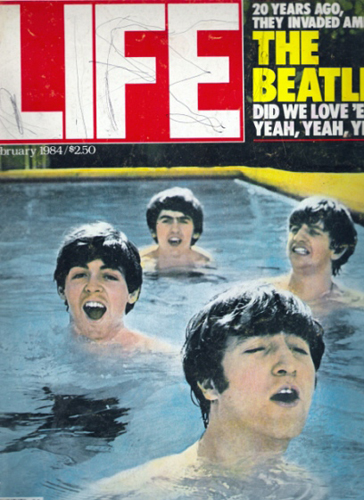 Every other weekend I would go to my cousin’s house with my 62′ CAR Strat and Bandmaster to practice in his garage. These were large homes built in what they call {in Florida} a Hammock, heavy vegetation all around so that you could not see the house nextdoor or across the street. Richard was the guy behind my cousins house who had drums and a P.A., so naturally he was our first choice to join our band.

Early 1964 we were playing every weekend, the garage ,backyard parties and the occasional school dance.

On the Wednesday before a Saturday night gig, Richard call’s and says he wouldn’t be able to make it, he has to help his Dad, a Dade County Sheriff on special detail. This Sucked! No drummer, no P.A. no Saturday Night Gig!! That Friday after school we went to see Richard to beg his Dad to let him off…..

We were stopped at the drive-way by two huge Sheriff’s officers and told to Go Away.. Up the drive we could see three black Cadillac Fleetwoods { I know Cars!} We asked them to tell Richard we came by as a last resort. Saturday came and went and we were more than puzzled by what was going on. This was the same neighborhood were Jack “Murf The Surf” Murphy lived during his diamond hiesting days!

Sunday I was getting ready to call Mom to come pick me up and go home. About three in the afternoon Rich calls and says he can’t talk about whats been happening at his house but if we will get dressed in our Sunday clothes he will meet us in an hour with a big surprise that will” make everything right with the world!”

Right on time Mrs. Shindler’s gold 64′ Grand Prix shows up, Rich in the front seat smiling from ear to ear! “Sorry I couldn’t talk to you guy’s this week, but we had house guests and security was tight”. What gives? “We are on our way to Miami Beach to the Deauville Hotel for the tapeing of the Ed Sullivan Show!!”

His Dad, Sheriff Schindler was in charge of Beatles security while they were in Miami!! Our pal, our drummer had The Beatles in his house!! His Pool! His room! And he could’nt tell a soul!! Our lives were changed that weekend. We were already Fanatics and had all the records and had already cut back on the surf music! The show was awesome, you saw it too! I buzzed on this for years! That Life magazine cover story was shot in the Shindler’s pool, on their diving board! In 51 years of living that weekend of laying around totally bummed out and dejected is one of the best couple of days I ever had!