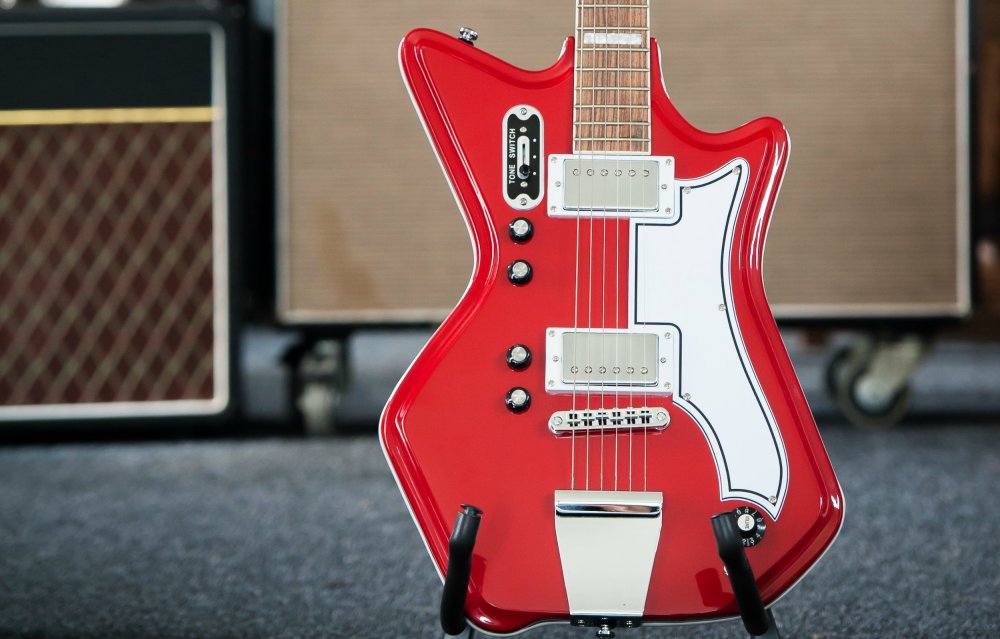 One of the coolest movements in pedals over the last decade or so is the ‘amp-in-a-box’ pedal. Many have been around a while (Tech 21’s Blonde and the rest of that fine series comes to mind), while others have cropped up in the last five years or so. For just one example, you’ve got pedals that will bring you, say, Neil Young’s Tweed Deluxe sound, or any other Tweed Deluxe sound you might want. But, really…as great an amp as the Tweed Deluxe is meant for aggression (as are its many available copies/clones). If you play in a rock band and need to get over a drummer…well, you bought your Tweed Deluxe (or, a copy out there that costs less than a house) to get…yeah, that Neil Young sound. On that one amp’s sound alone, I can think off the top of my head of the above Tech 21 Blonde, the Catalinbread Formula 55, the Boss Tweed, and Fender series that mimics the amp in question. There are more. And this doesn’t count the clones of the copies. Or the clones of the clones of the copies. Something like the Joyo “American” pedal, which is a total rip of the Tech 21 Blonde pedal and they are dirt-cheap and perform really well. This pedal (like its inspiration) is even a cool backup if your amp dies, as it can go directly into the board, using Tech 21’s great old Sans amp technology with cab sims and so on. None of these are endorsements, just some examples of a growing market trend.

Anyway. That’s the Tweed Deluxe. There are other amps in a box that will give you your AC 30 (top boost switch on nearly all), your various Marshalls, but especially the Plexi’s and Bluebreakers. Pedals to give you the Mesa Boogie sound (for some reason…I apologize to the Boogie folks oy there…yet clearly not enough to erase this). There are impressive Silvertone/Dano pedals, Valco/Supro, and so on.

It would be kind of easy (if also a lot of fun) to pair Eastwood and Airline models with the amp or amps that would sound great with them from our available choices. Say, an Airline H78 with, let’s say, a JHS V2 Silvertone 1484 pedal. But, no…since I don’t have to be bound to reality here, I’m going to have some fun and match some Eastwood/Airlines with pairing of amps I think would be a great choice…whether anyone’s bothered to recreate them in a box or not (I believe the answer is “not” in all cases). Feel free to play along at home and add your idea in the comments section. Remember, I’m just naming some great/funky choices amps to pair with the guitars. The choices are FAR from the last word. Fire away in the comments.

I had to limit the number of models I was going to go through just for brevity and space’s sake. But, there could be another (and another) having fun with these combos. Maybe we’ll expand to pedal boards next. Though that can go insane, as many comments on YouTube display.

But…for these the guitars…the amp-in-a-boxes don’t exist. I am also taking the liberty of hitting these amps with a boost in front, but no overdrive or dirt pedals for this experiment. Just going with the amp and a boost to bring out more texture that’s in there.

So, there are five ideas for Eastwood/Airline guitars with Amp-in-a-Box pedals that don’t, should, yet probably never will exist. Let’s see some of you ideas in the comments. Though not too many, as I have to come up with some new pairings next time around.