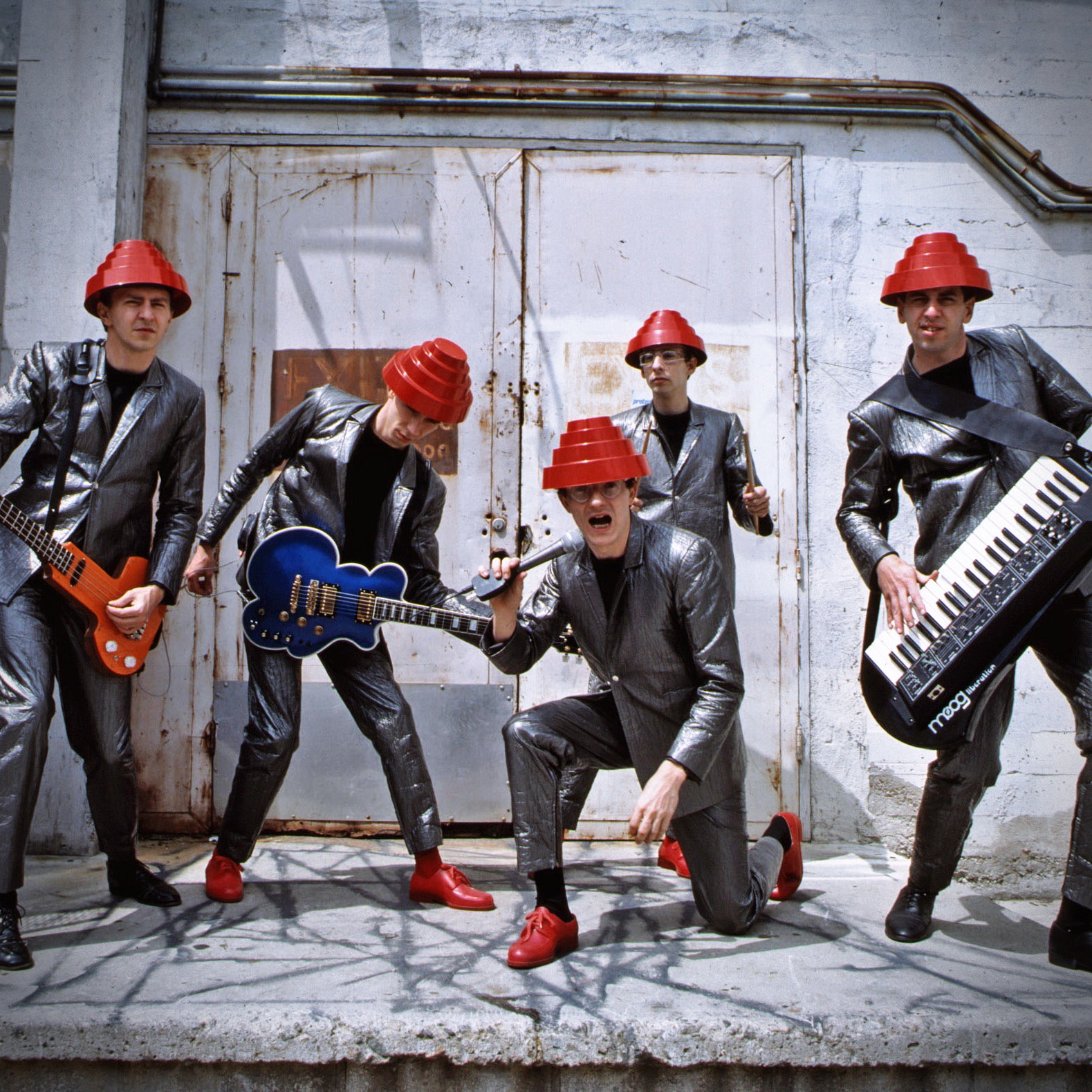 Devo have always taken an unconventional approach to their music, videos, and striking fashion sense so it’s no surprise that this attitude would also apply to their choice of guitars. 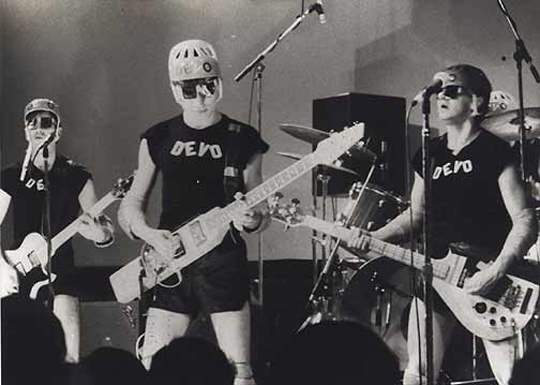 While many think of them as a synthpop band with the occasional guitar thrown in, in their early years they were precisely the opposite – at times featuring three guitarists in their line up (guitarist Bob1 [Mothersbaugh], guitarist/keyboardist Bob2 [Casale], and singer/keyboardist/guitarist Mark Mothersbaugh). By the early 80s, however, Bob1 was the only member with strings on his instrument with Bob2 and bassist Jerry Casale having mostly switched over to playing their parts on synths. They seemed to have not only enjoyed unusual choices in guitars (shying away from the all too common Strats and Les Pauls) but rotating through many different models as well.

As Bob Mothersbaugh has recently said, “Twenty years ago, someone in the band decided that guitars were obsolete and nobody would be using guitars 20 years from then, and they tried to make that a reality, which really didn’t work for us.” It’s good to see the guitars back.

In case you were not aware, Eastwood Guitars have release a full range of DEVO signature guitars and basses over the past few years! Some models are still available, and some have been discontinued. If you’re a DEVO fan and own one of these, consider yourself lucky! 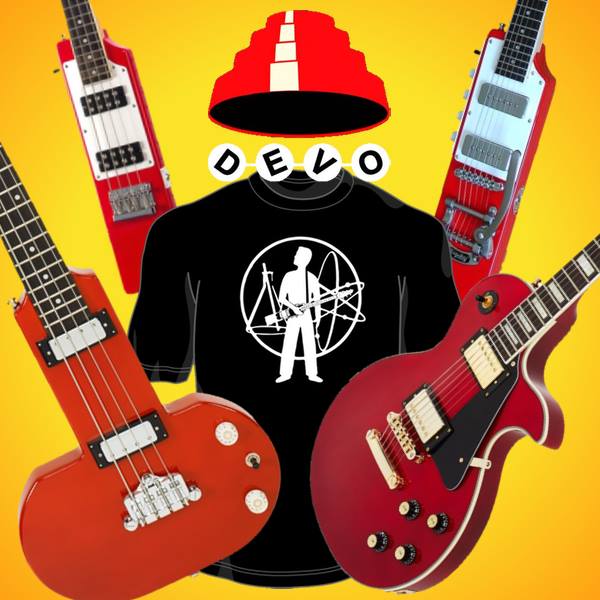 12 thoughts on “The Devo Guitar Guide”