The first wheel ever invented to be used for transportation would be obsolete by todays standards. It was probably made out of a chunk of heavy stone, and while it may have made life easier thousands of years ago, to use one today would make you that much more thankful for rubber and spokes. Inventions go through different iterations, and with each one new problems arise that lead to the necessity of improvements. 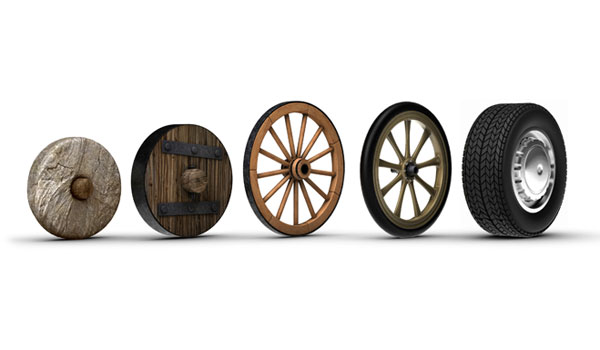 After “the Frying Pan”, guitarists and guitar manufacturers alike began to electrify their instruments so that they could be heard at new levels. At the time, hollow-body archtops were the guitar of choice – and if you’ve ever plugged in a big jazz box and tried to really crank it, then you know why this could lead to problems. A huge, open, resonant chamber combined with pickups that are mounted rather loosely is a recipe for two electrified problems; a small amount of amplified sustain, and worse, feedback. Guitarists were overjoyed that they could turn up and be heard within a band, but the design of the guitar at the time forced them to stay within a limitation.

A few great minds recognized this, and over the years sought to bring a solution to the commercial world. It’s not fair to give the credit to just one person, so lets go over three of the main contributors, whose efforts led to the success of the solid body electric guitar of the modern world.

Les Paul was a tinkerer from a young age. In the 1920’s, he discovered that he could amplify his guitar by using the mouthpiece from a telephone. He also discovered that this method created an unbearable amount of feedback, so he reduced the sound by filling the guitar’s body with plaster. An effective plan, but also effect

ive at making the guitar weigh far too much! He kept experimenting with different builds and ideas,  (including one that involved a body made of steel from a railroad yard) but returned t his hollow-body builds having not yet struck gold.

Some 10 years later, he decided to return to the solid build idea. Les installed a homemade tremolo unit to a 4×4 piece of pine, added a neck and some pickups, and then attached two pieces from a sawn-in-half Epiphone archtop to make it look appealing. He brought his creation to Gibson in the early 1940’s, bu 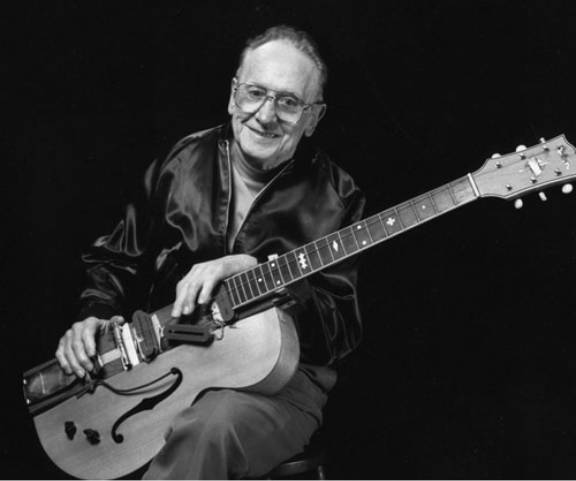 t in the words of Marty McFly, “I guess they just weren’t ready for it yet.”

The company rejected the instrument, thinking that it looked ridiculous. You wouldn’t think it to look at it, but this 4×4 is what laid the groundwork for what would later become one of the most iconic electric guitars in the industry.

When the 1950’s rolled around, and Fender came out with their “Broadcaster”, Gibson worked fast to come up with their own single-cut solidbody. Les Paul worked alongside Gibson’s Ted McCarty to build the very first “Gibson Les Paul”. It’s been more than 60 years now, and take a look – not much has changed! That’s the sign of a truly great invention.

2. Leo Fender and the Esquire/Broadcaster/Telecaster

Seeing all the same problems that Beauchamp, Rickenbacker, and Paul saw with the state of the electric guitar at the time, Leo Fender wanted to join in the electric solid body fun. There were, however, a few additional issues that Leo wanted to address in his design. For example, players were looking for a guitar neck that made for “faster” play and better intonation to allow them to play impressive lead guitar more accurately. 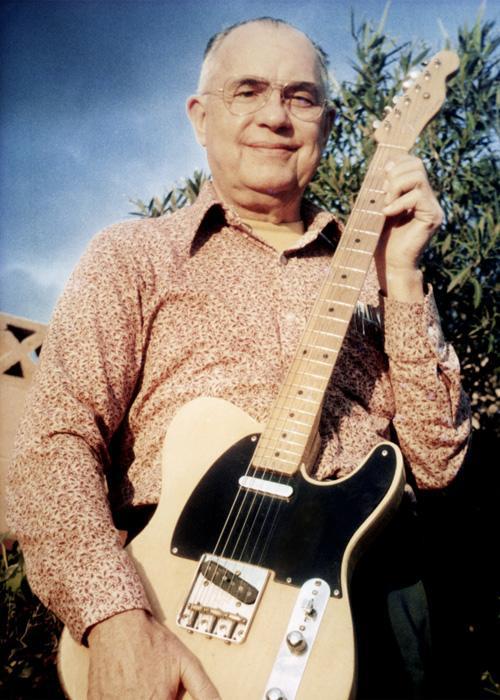 1950 saw the release of the Fender Esquire, a single-pickup solidbody guitar that did not have the same feedback issues that hollow body electrics had. In addition to this, the Esquire featured adjustable saddles for the strings, so players could raise and lower their guitar’s “action”, as well as fix intonation issues that made them sound out of tune. Instead of gluing the neck into the body, Fender decided to use screws to bolt it on. This made it far easier for manufacturing and future repairs.

Later that year, Fender released a two-pickup version of the instrument and named it the Broadcaster. It was during the production of this model that they implemented a truss rod into both models, giving the ability to compensate for any bowing and buckling the neck experienced. The “Esquire” name was dropped, and the single pickup version adopted the “Broadcaster” name. This didn’t last long, however, as Gretsch had a drum-kit named the “Broadkaster” and wasn’t too thrilled with Fender. It wasn’t long before Fender had to drop this name too, and coin the iconic name the “Telecaster” we know today.

3. Paul Bigsby and the “Travis” guitar

Though the name is most widely associated today with a high-quality tremolo unit, Paul Bigsby has been previously referred to as “the 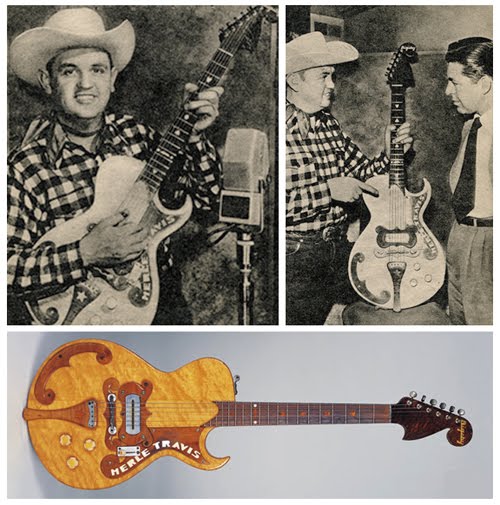 an who could build anything”. In fact, around the same time Les Paul was trying to convince Gibson to take his invention, Mr. Bigsby was working on lap steel, followed by pedal steel builds. Paul wasn’t concerned with mass producing commercially successful instruments – instead, he worked with respected artists of the day and built instruments specifically for their needs. Earl “Joaquin” Murphey and Wesley Webb West are perhaps the two earliest examples, having built lap and pedal steels for both of them. As Paul kept building, he kept coming up with new ideas and inspirations. H began to make pickups, and it was due to these that he caught the attention of Merle Travis.

In 1944, Paul had begun experimenting with the idea of a solid body electric guitar. Merle had contacted Paul around the same time, and expressed his interest in a solid body, noting that he believed such a build would allow for more sustain than a hollowbody electric. Travis planned out a design, and commissioned Paul to bring it to life. The resulting build was dubbed the “Travis” guitar, and featured a hollowed-out bird’s eye maple body, and a headstock with 6-in-line tuners. In looking at pictures, it’s hard to deny the similarities between this guitar’s features and the designs of a couple others that actually came after it: 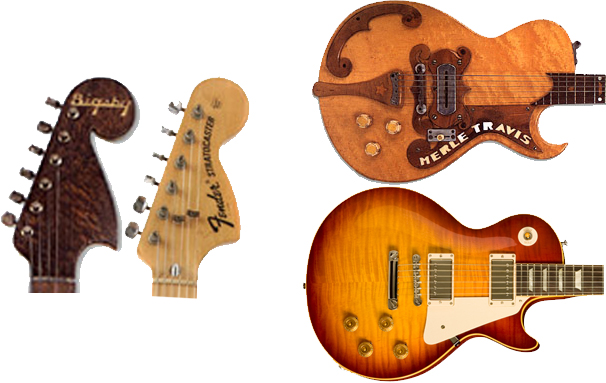 In fact, it is said that Paul Bigsby, Leo Fender, and Les Paul had meetings to discuss guitar building and design. It wouldn’t be a stretch to assume that these three got ideas from each other, whether they gave it willingly or not. The fact that Fender’s 6-in line headstock on the Stratocaster with such a similar shape was bothersome to Bigsby (so much so that it eventually led to an unsuccessful lawsuit), but not so much that it would slow him down. He maintained his “artist” approach – building instruments by himself for individual clients. While this approach ultimately led to a 2-year waiting list, it may very well be the reason that Bigsby was responsible for revolutionizing so many key elements in guitars – when an artist asked for a customization, he would figure out a way to incorporate it. A guitar built for Jimmy Bryant (purchased by Billy Byrd) for example may have been the first solid body electric to feature a double cutaway:

Another example would be when Merle Travis asked Paul to come up with a tremolo unit that worked well and kept the guitar in tune. That’s what led to the earliest form of what we know today as a “Bigsby” unit. The original featured a fixed arm and a bridge that rocked back and forth, allowing the strings to return to pitch. Guitarists flocked in to get a unit installed, and it wasn’t long before Gibson struck a deal with Bigsby to use his invention (though, slightly modified) on their instruments. Once again, Paul Bigsby had revolutionized the electric guitar. 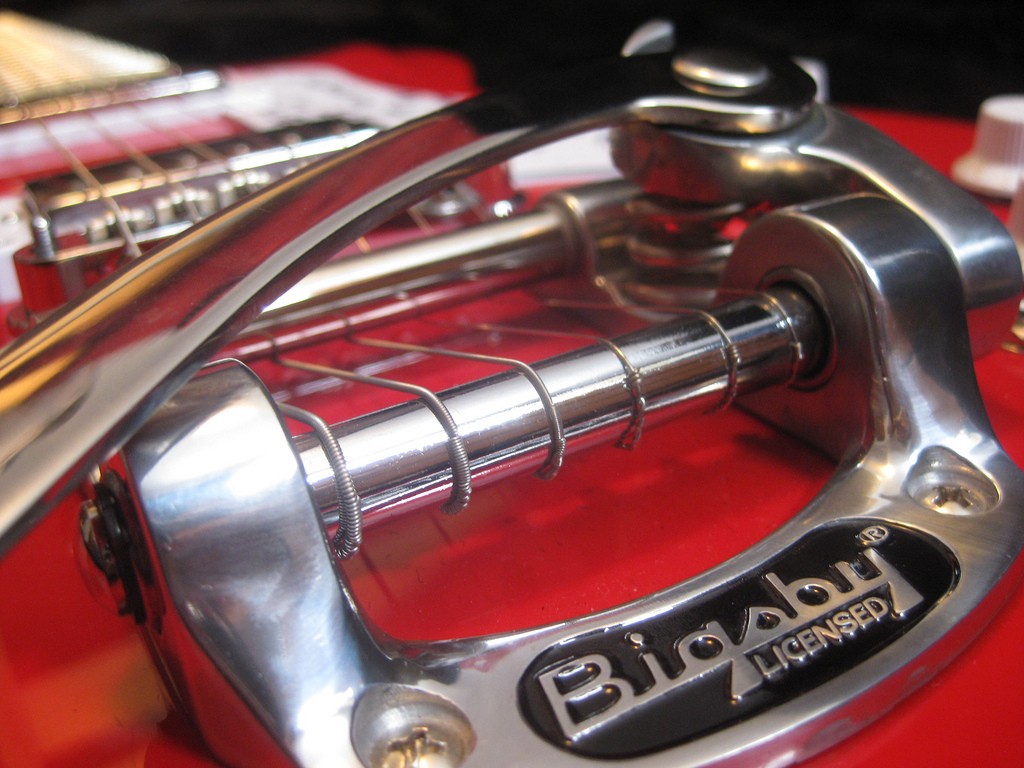 If it weren’t for these and other tinkerers and inventors, we’d all be playing Hawaiian folk music with frying pans. Not that there’s anything wrong with that… but I think we can all agree and be thankful for the existence of the modern solid body electric guitar, and its contributions to the music world today.

One thought on “The Origins of the Electric Guitar: Part 3”