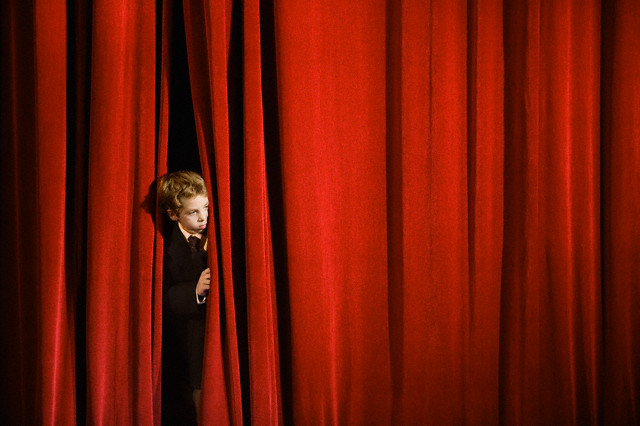 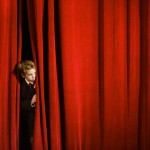 If you have ever played on stage you are probably acquainted with stage fright. It happens to everyone, but not always in the same way. For some people walking on stage is pure terror. For others it’s a rush, but then fingers start to shake and are just downright uncooperative, missing notes that are a piece of cake at any other time. And then there are those times where you feel great and yet everything seems to come out wrong, and the harder you try the worse it gets.

I am using the term “stage fright” but for recording musicians it might be better labelled “mic fright” and for YouTubers “camera fright.” In both these situations you may have just played a song perfectly but as soon as the record light goes on you tense up and there goes the performance! And there’s not even an audience watching – yet.

Athletes know all about this too, usually giving it the unlovely name of “choking” – missing an easy score or play in a crucial situation. There are even players who are normally excellent but can be depended upon to choke in critical (i.e. game-winning) situations. And since major league sports are major financial industries, a lot of money has been spent on personal trainers and life coaches to help individual athletes perform better. Somewhat surprisingly though, there has been relatively little serious psychological study into the mental mechanism of sudden poor performance.

Like athletes, musicians tend to blame themselves for their stage fright. We try all sorts of techniques to “improve ourselves” out of it. And some of these work. For instance, there is no substitute for getting out in front of people so that performing for a crowd becomes “just something you do” like anything else. And of course you need to practice until you can practically play your whole set in your sleep, and then practice some more. But even with the best preparation and a whole battery of techniques (and I have to admit that “seeing the audience naked” has never worked for me), we are still likely to run into a night where our playing is awful, and it is most likely to be the night that someone you want to impress is there to hear you for the first time.

A new study conducted by researchers at CalTech and University College of London sheds some fascinating light. Some of the results of their study seem obvious at first: we get excited when our performance will get us a reward, and excitement goes up as the reward increases. OK, so we hardly need a multi-million dollar fMRI machine to tell us this. Ah, but what it told the researchers was that there is a point where the higher the reward goes, the lower the excitement level becomes. In more specific terms, at some point our performance starts to suffer as the stakes get raised. We care too much.

The operative condition is loss aversion. Simply put, this means that it is more painful to us to lose, say, $100 than it is pleasurable to win it. (Set that figure wherever it becomes meaningful to you.) When the stakes are high, it is more important for us not to lose than it is to “win.” This ratchets up the pressure on us. But wait – we aren’t “losing” anything with a bad night are we?

In fact, our minds conceive of it as losing a lot. Things like reputation, chance to impress, may even a job if it’s an audition, but even that doesn’t explain the problem for recording or video at home. This is where it gets really insidious. When we head out on stage, we have in mind our perfect performance, just as when we push the record button. To our minds we have already envisioned it, we already have it in the can! So it’s not just a case of “I can walk away with a pretty good performance here” but “I can’t mess this up and ruin my perfect performance!” In the back of our minds we are more worried about losing the great performance than gaining a record of a good one. Again, there is a threshold where this begins to matter. So maybe you play great recording a song for Mother’s Day but totally freeze when it comes to a public YouTube offering. Sure you care about what Mom thinks, but you are really worried about making a big impression on the entire world.

So as the pressure rises, we “try” harder. We try to do things consciously that we have been doing automatically all along. Our fingers know the song, but suddenly our head wants to dictate their every movement, and it usually turns out that our head doesn’t know it as well as we might hope. The harder we try the worse it gets because our head gets more and more in the way of our fingers. My own worst moments happen when I suddenly become aware that a song I am playing is going extremely well, and I suddenly think: “OK, now don’t blow it in the last 30 bars!” Guess what happens?

This is why so many books are written on Zen and similar approaches to arts and sports. They are describing a technique that works and that you can practice yourself – clear your mind and let your fingers play. You’ve played it perfectly at home a thousand times that way, so allow your fingers to keep doing it on stage, or CD, or video. This is the wisdom behind the idea of “don’t over-think it.”

So how can we keep from over-thinking it? Like anything else, it takes practice. In this case, as part of your regular practice session for songs that you already know, start to clear your mind of thoughts about what you are playing. You might even want to start the process by thinking “what comes next?” and then consciously clearing your mind to let your fingers decide. The ultimate comes when you can force yourself to feel stage fright – maybe using vivid imagination or an actual memory – and then convincing yourself to not over-think what you are playing. Don’t so much force the thoughts out of your head as let them go. Realize that they are not helping your playing. You are teaching your head to trust your fingers. It takes time, but you can train your mind to stay out of the way of your fingers. This can really lift the pressure of performance, and you will also get the benefit of more enjoyment in your playing, no matter what the stakes.

One thought on “The Science of Stage Fright”