Issue 19: Guidance from the Greats

If you could sit down in a room with some of the best musicians and guitar players in the world, what do you think you’d want to talk to them about? For the majority of us musicians, we would want to pick their brains as much as possible to find out what makes them tick and how they got to where they are. We all want to improve our playing, or aspire to write our next “opus”, and what better way to do those things than to use advice from our greatest inspirations?

Even though it’s a tad unlikely that we’ll ever get such a chance, it is still possible to pick up on a few inspirational thoughts and ideas that our idols have without ever meeting them face to face. Apart from simply listening to what and how they play, the way they think contributes massively to their success. Many have written books, spoken in interviews, and even written in their lyrics little tidbits about the way they approach playing guitar and songwriting. Today, I’m going to list and analyze a few of my favourite quotes from who I consider to be some of the greatest players and musicians out there. 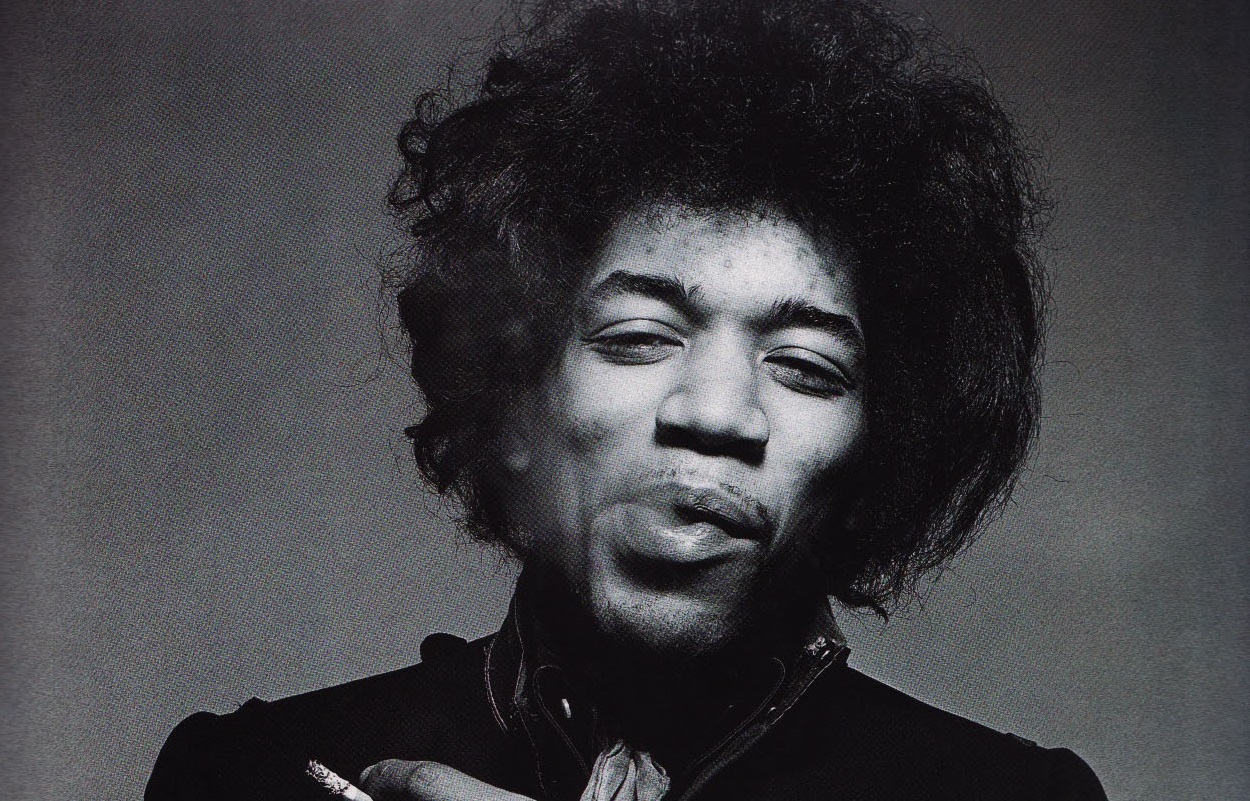 “I just hate to be in one corner. I hate to be put as only a guitar player, or either only as a songwriter, or only as a tap dancer. I like to move around.” – Jimi Hendrix

Yes, when we hear the name Jimi Hendrix, we all think “incredible guitar player” before anything else. At the time, (and even still today) most of the world was referring to Hendrix as the greatest guitar player in the world – and that’s what makes this quote so interesting. He had what so many guitar players wished they could have, and yet he says he doesn’t want that. At least, not just that. The fact is that today, there are easily hundreds of thousands of guitar players out there who have the playing ability to rank up there with some of the famous guitarists of the past, but they’re unknown outside of their local community. There’s more to it than just being really really good at guitar, and I think that’s what Jimi is tapping into here. Obviously it’s important to be good – but in my opinion you’re only as good as your song and performance. Jimi did all of those things well, and it’s worth considering working on the whole package to get your listeners to be fully engaged.

“I believe every guitar player inherently has something unique about their playing. They just have to identify what makes them different and develop it.” – Jimmy Page

No matter how much you practice the solo to “Stairway to Heaven”, or how much money you spend getting the same equipment Page had when he tracked the riff in “Black Dog”, you will never sound exactly the same as he does. Even if you had his guitar in your hands, the answer is still no! That’s because that tone and playing style belongs to him, just like your tone and playing style belongs to you. Yes, you can alter your tone with various different pieces of equipment, but there is something inherently there that is yours and no one else’s. Sure, you can use your hero’s sounds for inspiration, but the longer you keep trying to sound like someone else, the further away you move from what makes you unique. As a tip, try practicing your playing on an inexpensive acoustic guitar, or an electric with a dry clean setting. Do whatever you can to make the thing sound good to your ears. When you can do that, you’ve found your playing tone. From there, you can “edit” by using a better acoustic, or dialing in a better electric tone. If you’re familiar with the rock band Tool, you’re probably aware of the fact that their fame comes more from innovation than anything else. That’s not to say they’re not all fantastic musicians, but when you listen to their songs and Adam’s playing, you’ll notice that there are never any long, “show-offy” guitar solos. Their music is heavy rock, with a lot of progressive elements (in their later works, anyway), so it’s kind of an odd thing to not feature the guitar in such a limelight. However, it works. It works really well. While he doesn’t typically shred your face off, Adam’s soundscapes and riffs add an atmosphere to their songs that just wouldn’t be there if it was your typical rock guitar god. If there’s something you feel you are less than adequate at doing on the guitar, sometimes it’s a good idea to just forget about it and really perfect what you’re already good at. For me, I went through a phase where I thought I HAD to be able to “sweep-pick” to be good. I practiced for a while, but I could never quite get it to sound how I wanted it to. I’m just not good at it – so I don’t do it! The lesson here I think is to play to your strengths.

I love this quote. Steven says this when asked if he had ever attempted a musical project with the end goal being essentially “fame.” Playing music that everyone else wanted hear, and not necessarily what he wanted to play. His answer was yes, but he regrets ever having done it. Basically, the idea here is there’s no point in playing music if it isn’t music you don’t love or appreciate. If you succeed with it, then you’re stuck doing this thing you hate to do just to keep everyone happy. If you fail with it, then it was all a huge waste of time. The best thing to do is stay true to yourself, and play what you enjoy and what makes you happy. Chances are there’s people out there who will like what you’re doing, and they’ll catch on. That’s what happened with Steven – he went and worked on musical projects he does believe in – and now he’s one of the busiest working musicians and producers today. At least if things don’t become “commercially successful”, you still spent time creating something you could stand behind.

Lots can be learned from your idols! Listen to them play, and listen to them speak. You never know what a different approach might do for you.