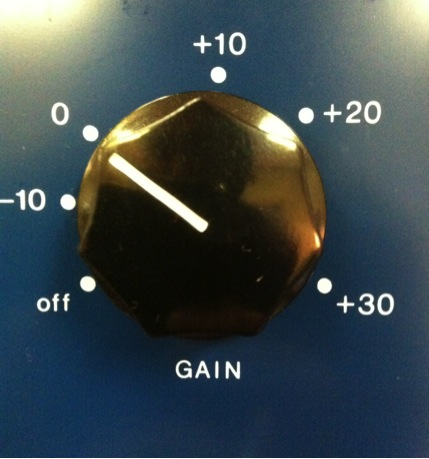 Owning well-made equipment is a great way to ensure that what you put into the guitar comes out naturally through the amp. In order for that to happen, however, it is necessary for all the knobs to be set the way you want for the sound you want. Tone and timbre vary from guitar to guitar and amp to amp, so adjusting the same setting on different instruments may not always yield the exact same results! What I mean by that is this: let’s say you had a Les Paul plugged into a Marshall JCM 800 and set the Bass to 7. Then you plugged the same Les Paul into a Marshall JCM 900 and set the Bass to 7. Even though it’s the same guitar and the same amp manufacturer, the amp model is different and will have a slightly different frequency response.

It’s important to understand how your amp reacts to its settings to get the tone you want – especially if you’re one to use multiple guitars.

The first thing to understand are your basic controls. Bass, Mid, Treble, and Presence would be a good place to start. The first three are generally understood. This is a fixed 3-band EQ, meaning that each control handles a pre-set section of frequencies. As I said earlier, not all amps operate the same so it is important to get an idea for how each dial affects the signal. While bass and treble knobs almost always boost in level, sometimes an amp’s “mid” knob will actually be cutting the level.

The other thing to get a handle of is how much each knob changes the tone, and where in its rotation it does this. Sometimes you can’t even hear a change in tone from 0-5, while other times you end up on a different planet.

A good way to test your EQ dials would be “over exaggerating”. First off, make sure your amp’s volume is set where you want it because cranking it or decreasing it will have an effect on the EQ. 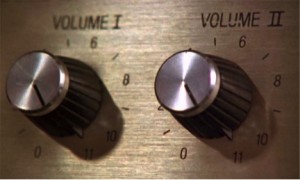 Next, set the EQs somewhere you would never actually set them to – either all zero or all full. From here, you can sweep each one either way to see the effect it has on your overall tone. You will likely notice a point in each knob’s rotation where you can really hear a drastic difference. Some people use this “break” point as the setting for each knob, but it really comes down to your own ears and what you’re looking for.

“Presence” is one of many other parameters that you can find on an amp. Other common names could be “shape”, “contour”, or “enhance”. Again, these effect pre-set frequencies but can be thought of more as a master tone knob. “Presence” will typically boost your high mids – highs, while “Enhance” might boost the lows and the highs. It’s important that you look up your specific amp, because again, the controls will vary from amp to amp.
Another thing to keep in mind is the tone you set yourself when you’re playing alone at home probably isn’t the same tone you want to keep when you’re playing with a band. It’s important that the instruments aren’t fighting to be heard, especially if you have another guitarist in the group. You will likely find that in order to have your guitar cut through and really sound good in the mix might not sound as good on its own.

The last thing to look out for that I’ll talk about is your gain setting. It’s very easy to become comfortable with a very saturated and warm level of gain. 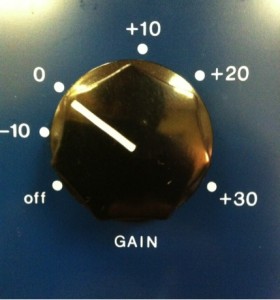 While a higher gain setting can sound super sweet (or menacing as the case may be), too much distortion throws your frequency range all over the place and can potentially mess things up… and not in a good way! The other thing that tends to happen with a lot of gain is your mistakes aren’t as audible. While some may say “but… that’s a good thing!”, getting used to playing without all that distortion can really improve your articulation, and, in turn, improve your tone!