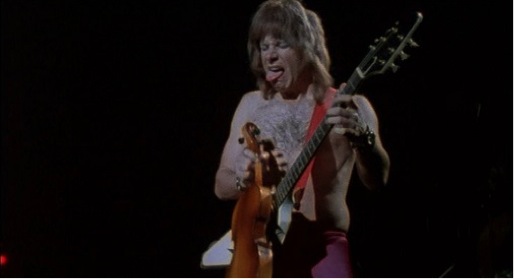 There’s a familiar desire amongst guitarists and musicians alike to be able to replicate the sounds our heroes can create with their instruments. After enough time spent listening and playing, we can pick out song patterns and gain a keen enough ear to be able to say “yep, that’s definitely a Strat!”

Sometimes, however, we can be thrown for a loop. There’s the rare occasion where we hear something through our speakers that makes us second guess what we’re hearing, and wonder if it’s even a guitar making those sounds. In this issue, I’ll talk about three (perhaps lesser known) techniques and devices that have been used to create strange, cool, and even iconic sounds by many great players of the past and present.

For those who thought that a guitar pick or your fingers were the only method of setting your guitar strings in motion, you’re in for an interesting surprise… 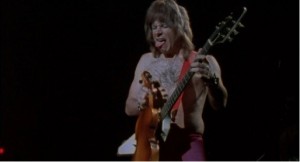 For those who want to try something other than a pick and still sound good, (sorry Nigel) there was a device invented in the late 1960’s that could be used in place of a guitar pick that created a sound that mimicked that of a bow on the strings. Aptly named, the “E-Bow” (short for electronic bow) works using a magnetic field that slowly brings the string into vibration. 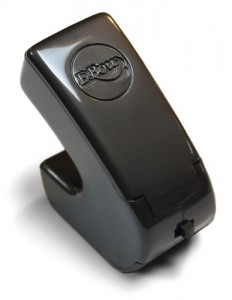 This means there is no pluck, hit, or attack – you simply get the “hum” sound seemingly from nothing. There are different ways you can use this; single string guitar solos sound really cool while under this effect, and you can even glide the E-bow across the strings while holding a chord to create violin-like arpeggios. The trick is finding the resonant “hotspots” on your string. Depending on the location you place the E Bow over the string, you can create a few different sounds. If you want an idea of what this thing sounds like, check out Steve Hackett’s playing in “Carpet Crawlers” or David Gilmour’s in “Take it Back”. 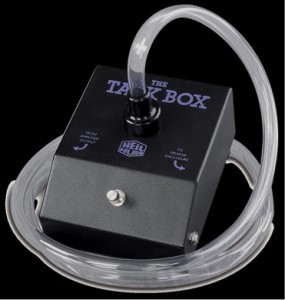 You may have heard this sound before and either thought there was some kind of effect added to the singing, or that it was a simple guitar “wah” pedal. Peter Frampton would tell you otherwise!

The TalkBox is similar to a guitar effects pedal, except for the fact that it’s your mouth that’s ultimately altering the signal. The unit takes the guitar output from the amp, and sends it through a plastic tube that the guitarist holds in their mouth. When the shape of the mouth changes over the tube, so does the output sound coming from the tube. That sound goes through your mic and voila! The talkbox sound. You can use this effect to literally sing the words of songs and have them sound robotic and electronic, or you can just shape different sounds to make a unique effect. It definitely comes in handy – especially when your mouth is moving around while you’re soloing anyways.

Have a listen to Joe Walsh in “Rocky Mountain Way”, Peter Frampton in many of his songs but especially “Do You Feel Like We Do”, or for an example in heavy rock music check out the solo in Tool’s “Jambi”. 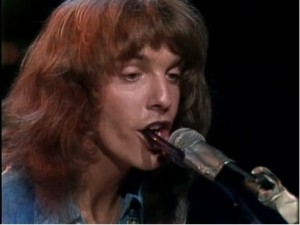 For those of you who may not know what a kill switch on a guitar is, it is usually a control that comes in either the form of a button or a toggle that simply cuts out all output from your guitar. The original intention for this would be, of course, to limit stage noise when not playing. Simply flip the switch, and there’s no hum from the guitar amp! Just remember to flick it back on when it’s time to play. Though this was the original intent – many rock guitarists now see a function like this more so as an effect, thanks mainly to guitarist Tom Morello. 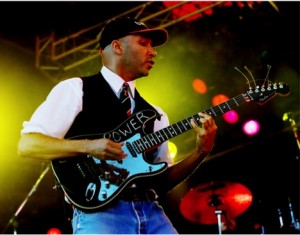 While fretting notes with your left hand, you can rapidly flick on / off the kill switch to create a more “intense” sounding tremolo effect. Instead of your output fading in and out quickly, it’s literally shutting off and on. You can use this technique on its own to create an interesting effect, or add other signal processors into the equation to mimic other instruments.

No killswitch on your instrument? Not to worry! If your instrument has two pickups each with independent volume controls (like a Les Paul configuration), you can simply turn one pickup all the way down and quickly switch the toggle from neck to bridge pickup to get the same effect. You can hear the effect in action in a lot of Tom’s work as well as a few other artists who have adopted the technique, but to hear a couple good examples check out “Know Your Enemy” for a sound that’s almost harmonica-like, or the solo in “Bulls on Parade” that sound like a DJ scratching a vinyl. Both songs are by the band Rage Against the Machine.

Unconventional, but cool! Sometimes it’s refreshing to think outside the box – you never know what you might come up with.