Last month I took a trip to London – a little business, a little pleasure. OK, mostly pleasure! I went with three friends, played four rounds of golf, went to see five bands, had six great meals and had seven hangovers. Upon arrival my good friend Wally Moss (who takes the photo’s at Eastwood Guitars) caught the sold out Camera Obscura show at Scala in London. A treat! 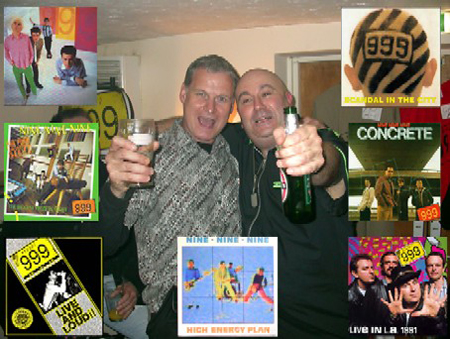 Two days later my brother Peter (guitarist from Surf Cinema) caught up with us, rented a car, and we drove out to Swindon to see the legendary punk rockers, 999. Here is a picture of Wally with lead singer Nick Cash. Wally had dragged his original Vinyl from Toronto – back in 1981 he had stood in line at a record shop to have the lads from 999 sign his record – 25 years later Nick and the boys would sign it again. We ran into the band at a pub before the show, got the album signed, and proceeded to have a great night of music and laughs! 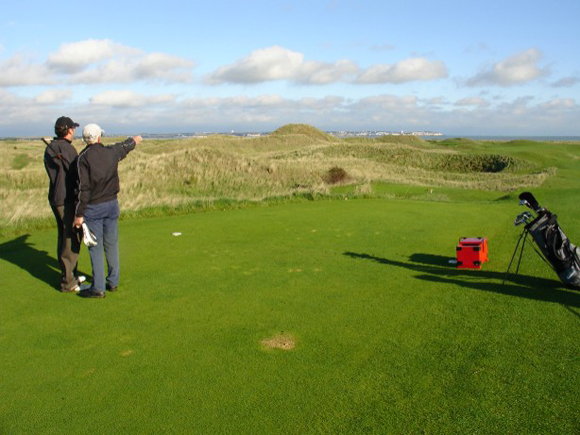 The following day we changed hats and moved to the gold courses. We played Walton Heath Golf Club south of London, then drove to Dover for the night. The following day we played the historic ROYAL St. Georges Golf Club – host to 12 Open Championships. It was an unforgettable day for Peter and me.

The next day we headed back to London for a three days of LIVE music, Indian food and a long pub crawl. Another friend – Jimmy Lango – decided to fly in and surprise Peter (Peter lives in California, Jim in Toronto, they are childhood friends). So Jim shows up at the hotel, unannounced, playing a Taylor travel guitar and singing a song that Peter and him co-wrote 20 years ago. What a surprise! Good reason to go for a pint! That night we went to see Lloyd Cole at the Arts Theater where he featured his fantastic new CD, Anti-Depressant. Another great show. The following night was an unbelievable and edgy treat by PERE UBU.

The next morning we headed up North…. 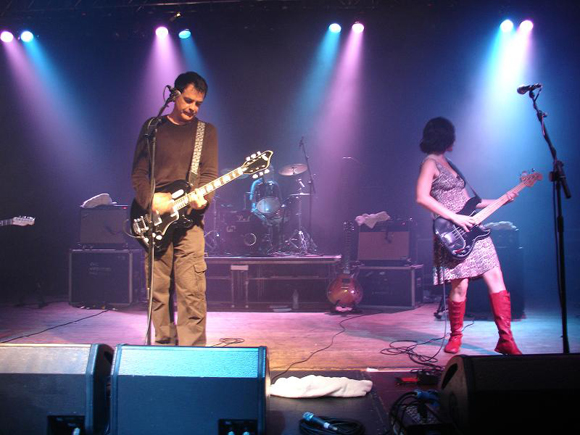 Our last show of the tour was The Wedding Present in Wolverhampton. David Gedge played his Eastwood SUPRO at the gig. My brother talked me into getting right up in front of the stage for this show, and as you can see in the next shot, it was a tight squeeze fro the entire show. (I turned my camera backwards over my head for this shot). I’m not sure how to setup my camera, so this video I shot is lousy. 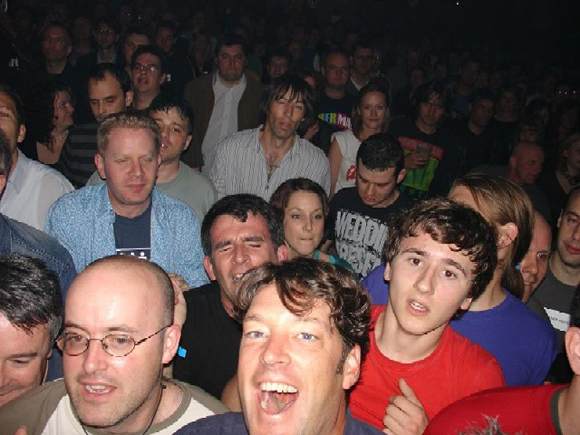 It was a tight squeeze for the entire show. 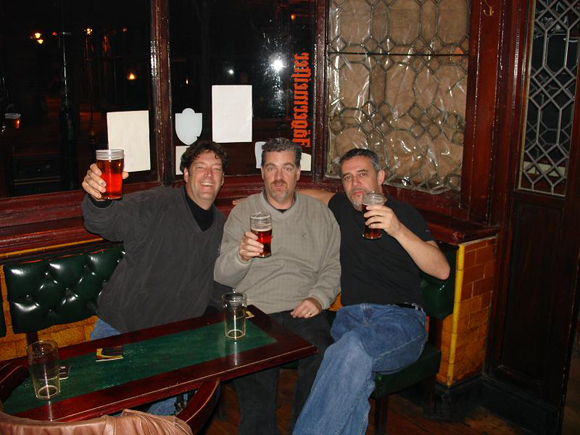 We caught last-call and hoisted a toast

After the show we caught last-call and hoisted a toast to the country and to the great hospitality we enjoyed. Below is our last walk down London streets before heading home for another year. I look forward to my next trip there; in fact Wally is already lobbying for the upcoming ATP Festival 2007 as Wally is a huge Nick Cave fan. After listening to the new GRINDERMAN CD, I agree with Wally! 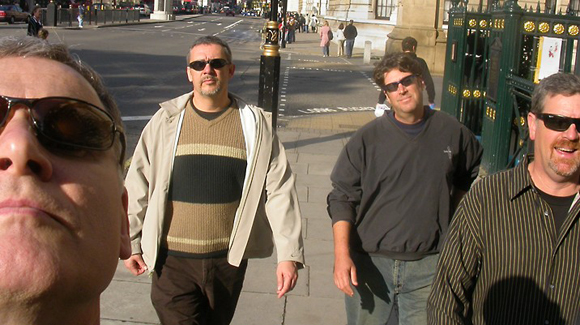 Our last walk down London streets