Just got back from an 8 day trip to UK. I will have more details in next months newsletter – including exclusive video interviews – but here is a snapshot of what we were up to. Our first day in London included a visit with Chris Spedding, who was messing around with his Airline Town & Country before heading off on a European Tour playing guitar for Bryan Ferry. 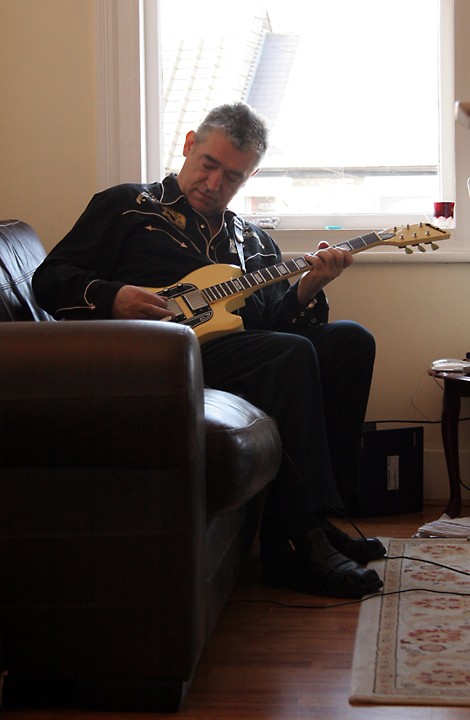 Our first day in London included a visit with Chris Spedding

That afternoon we drove up to OXFORD to catch of Ian Hunter of Mott The Hoople fame. Unbelievable showman, he rocked the SOLD OUT show. 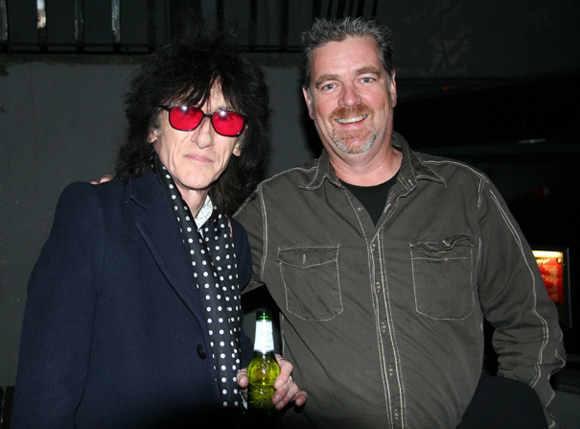 Me with John Cooper Clarke, comedian

Next stop was Sheffield to visit some friends and check out the new JOY DIVISION movie, CONTROL. Great movie, even better because “Ian Curtis” in the movie is playing and EASTWOOD VG6 Guitar. =) 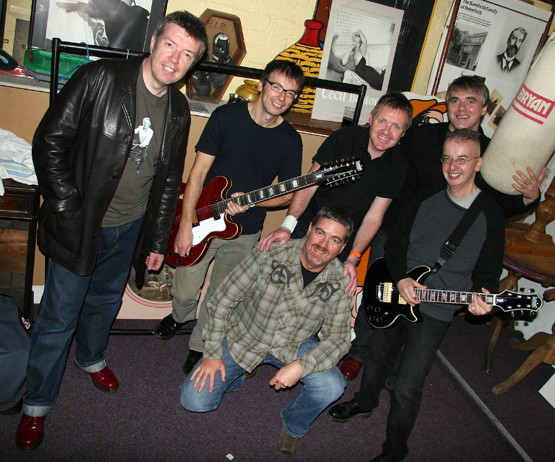 Up to Holmfirth to spend some time with one of the best bands around, The Undertones. The SOLD OUT audience was treated to a memorable set of non-stop hits. I can’t remember seeing a more appreciative group of fans. Just another band on the list of bands we need to get back over the pond. Thanks guys for your hospitality and for getting those EASTWOOD Guitars up on stage and put to good use! 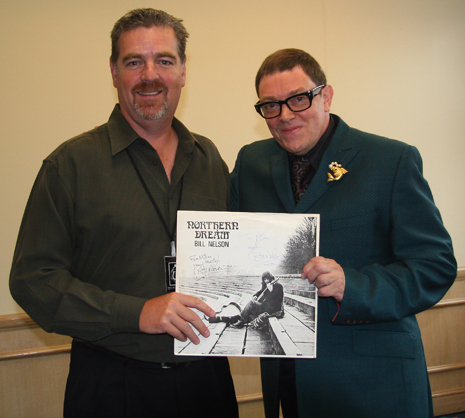 Next stop was YORK in the North of England. I’ve been planning this trip for a couple of years, and it finally came together. I had to opportunity to interview Bill Nelson, live on stage at Nelsonica 07. An incredible, memorable event. We will have the entire video interview available in the coming months, on-line. I’m hoping to get Bill to bring NELSONICA to North America in 2009. More info to come….

The next morning we braved the 5 hour drive, back down to London (in typical British weather and traffic) to get to the comeback show of Edwyn Collins. Worth twice the drive…. 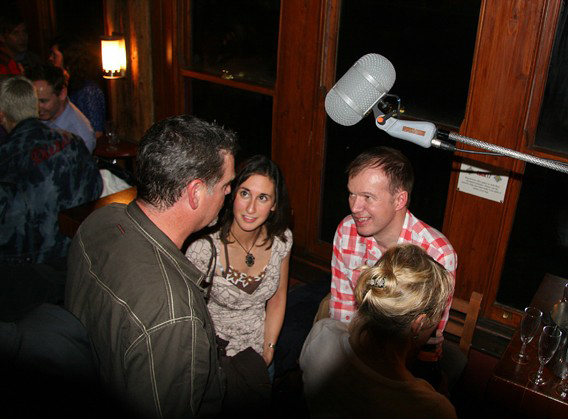 At the Edwyn Collins comeback show

Quite an emotional event. Edwyn suffered a near fatal brain hemorrhage in 2005 and had to relearn how to walk, talk, read and write. All his friends were on hand to support this comeback show, including the BBC, and what a show it was. 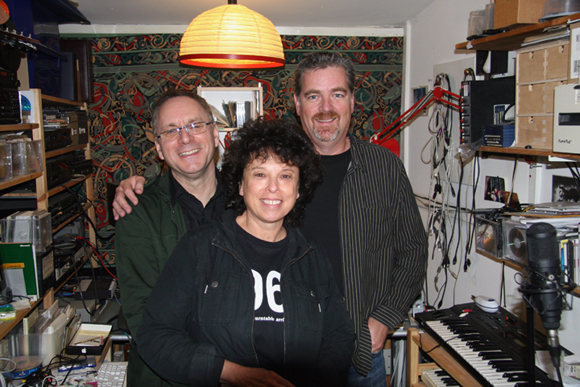 Colin Newman and his wife Malka Spigel, who are half of the band GITHEAD

After a day off in London, we made our way over to meet with Colin Newman and his wife Malka Spigel, who are half of the band GITHEAD. We visited them in their home studio, discussed the recent GITHEAD release and then popped out for a couple of pints to discuss the music industry in general. Colin gave me an advanced copy of the new WIRE release, READ & BURN. I will post a review in next months newsletter. 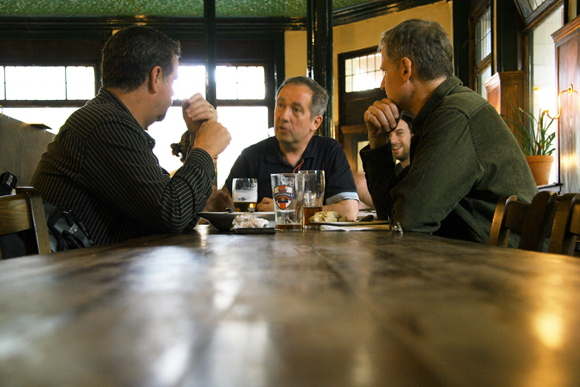 Last leg of the trip we spent with Pete Shelley of BUZZCOCKS fame. We are nearing completion of the soon to be released Limited Edition replica of Pete’s famous STARWAY guitar – here we are discussing final details. All the pickguards are signed, the custom signature hardshell fitted cases are in, the signed original photo’s are on their way, and the BUZZCOCKS leather straps are in production. We will be launching a contest in the next few weeks, so stay tuned. Send an email if you want some advanced photographs and specs.