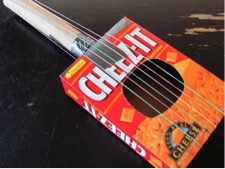 What Makes an Entry-level Guitar “Good”, and Why You Shouldn’t Buy Something Cheap to Start

When I was out doing my Christmas shopping this year at the local toy store, I saw a woman pass by with a cart almost filled to the brim. She stopped in the aisle in front of me, grabbed a boxed up quarter sized guitar from the bin, and put it in her cart. She couldn’t have been stopped for more than 5 seconds – enough to see the price tag and then carry on. Now, that’s all well and good if this was simply a toy guitar, but this was a fully functional six string acoustic with a brand name.

Such is the way the world runs: convenience over quality. We microwave manufactured food instead of cook fresh food, we watch over compressed movie streams online instead of buy a video, and we buy guitars from the toy store instead of a music shop. All of these have something in common: they’re cheaper and easier than the alternative. The downside? Well, low quality movie streams hardly give you the experience of a blu-ray, and too much manufactured food will eventually kill you. Many would argue, however, that they don’t know if their son or daughter will “be into” playing guitar and therefore justify spending a “safe” amount. Here’s the problem with this:  going with that “safe” purchase may turn out to be the sole reason that someone gives up playing the guitar. 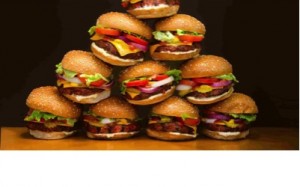 A guitar set up is a service done to a guitar to ensure it is playing the way it should, including everything from setting the action (distance from the strings to the frets) to the intonation. (Overall tuning of the guitar across the entire neck). Yes, the manufacturer should have done this before shipping too, but a set up isn’t permanent. Changes in weather and humidity, as well as string tension affect the guitar’s set up, and who knows how long that guitar has been sitting in that box since it was last looked at. 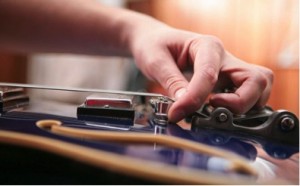 String action that is too high will simply make the guitar harder to play. Action that is too low can cause an annoying sound called fret buzz when you play, or even make it so notes don’t sound at all. Intonation that isn’t correct will make it so that even when your strings are tuned, somewhere on the neck they’ll be out of tune. Fret ends can be sharp due to differences in humidity, causing the wood in the neck to literally shrink. 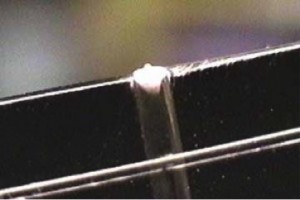 What does this mean for the new player?
Well, they won’t be able to say “man, this action is too high”. They’ll simply think that playing the guitar is too hard. Or if they get fret buzz, they’ll think they are playing it wrong. Ultimately this will lead to discouragement, and they’ll associate playing with a negative experience.
When you buy a guitar from a music store, the guitar will (or should) have been inspected and setup by someone at that facility, and if there are any issues with the instrument soon after purchase as far as set up goes, they’ll adjust it for free. The toy store doesn’t have anyone who can do this for you. If you need to get this service done, it’s going to cost you another $40+. Not to mention the fact that often times these guitars can only be set up “so far.” Many don’t have adjustable truss rods in the neck, meaning that once the neck starts to bow, you can’t really save it unless you want to pay far more than the instrument is worth. The solution to all of this is to invest in a good guitar. 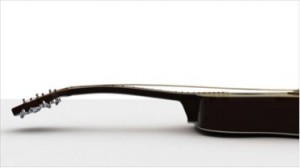 Getting a “good” guitar doesn’t mean it has to be expensive. You can find great entry level guitars at music shops for low costs that are guaranteed to be set up, ready to play, and will last a long time. Sure, you may end up spending a little more than you would at the toy store, but you’ll be avoiding the potential hassle of extra costs. More importantly, you’ll be giving your aspiring guitarist a tool that won’t be inherently discouraging and annoying to play, which will give them their best shot at learning a musical instrument.

One thought on “What Makes an Entry-level Guitar “Good”?”