Hello fans of all things strings, I hope you are all playing and learning and most of all enjoying your guitar experiences. The marriage of the electric guitar and electric bass has always been an integral part of the fabric that is rock and roll. I believe that the model and subsequent sound of the bass of choice for a group is actually more important then the guitar and its sound. Case in point could you picture James Jameson playing an Alembic bass, or Chris Squire playing an EB0? Me neither. So lets get into this, and I will give you my opinion on in what I believe to be THE 10 MOST IMPORTANT BASSES IN ROCK & ROLL HISTORY!!! 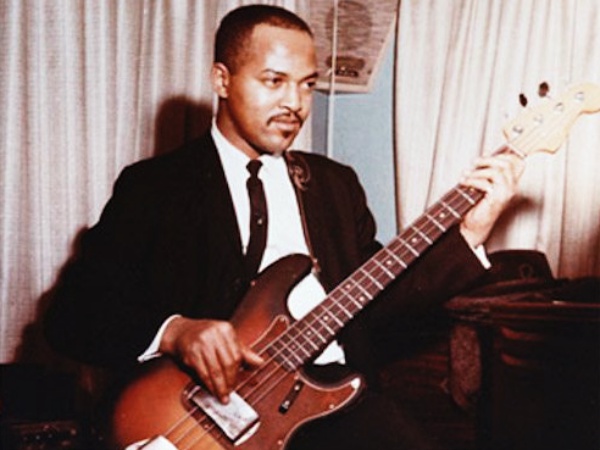 James Jameson and his P-bass helped to define the Motown sound.

1. Fender Precision Bass
This is the bass that started it all. And all through its many incarnations the P-Bass is, and will always be the industry standard and the safe choice for any application. The bass was so damn popular that you would see ads that read “Band Looking for Fender Bass Player”. It was a distinction that grew out of a way for band leaders to let the bass player know that he could leave his upright at home. It also denoted a preconceived style of music that the bandleader or producer wanted. The “Precision’’ had one pickup and basically one sound, but that sound kicked ass! If you want to hear a few of the P-Basses signature sounds check out James Jamerson’s Motown recordings, and the edgy Precision bass sound on Joe Cocker live at Woodstock’s “With a Little Help from Me Friends.” Even in today’s world of 5, 6 and 7 string basses the P Bass makes a statement when it is produced at a gig or an audition. It says “I understand and respect the roots of bass playing.”If you’re a bass player of any serious stature and you don’t have a Precision Bass, then you better have a Jazz Bass.

2. Rickenbacker 4001 Bass
Rickenbacker instruments have been paired with Vox amps over the years, evidenced by the Beatles, Tom Petty (Mike Campbell), and REM to name a few. Interestingly I believe that Ricks are to Fender and Gibson guitars what Vox is to Marshall and Fender amplifiers. Okay point made, now onto the 4001. The first time I saw the Rick 4001 was on the cover of Magical Mystery Tour. There it was, right next to George holding an early rosewood Strat. I listened closely to the record that was included with the cover and could hear a discernable difference in tone from Paul’s previous bass sound. Actually it wasn’t that different because again Paul’s Rick was strung with flatwound bass strings. But unlike the Hofner bass the Rickenbacker’s fate did not lie solely in the hands of the man from Liverpool. Chris Squire armed with a Ricky and some roundwound Rotosounds quickly became the captain of the good ship 4001. His playing on Fragile is mindblowing, and I know it is safe to say that his playing influenced players like Stanley Clarke and Jaco Pastorious, as well as a generation of checkerboard wielding Rickophiles. Again the bass was equipped with two single coils and a very cool pickup cover over the back pickup reminiscent of the old Rickenbacker “Frying Pan” lap steel. Even the great Lemmy from Motorhead played a 4001, adding another sound to the palette offered by the great bass from Cali.

3. Fender Jazz Bass
Leo sure must have loved jazz and as any of us in the guitar business know, you ain’t gonna make a million dollars selling instruments made for jazz. But, Leo’s second offering in the world of basses was sure a home run. Unlike his Jazzmaster which was as unjazzy an instrument as you can possibly imagine, the Jazz Bass actually sounded great playing jazz. Legendary jazz player Ron carter played a JB with great style and dignity, but it was Jaco Pastorius that brought the Jazz Bass to another level. Jaco utilizing the back pickup on his defretted JB created a lyrical smooth sound that was truly magical. Years later another bass master the great Marcus Miller played the Jazz Bass with great distinction. Rock players as well enjoy the J Bass, like Geddy Lee, Dave Brown (Santana) and John Paul Jones. 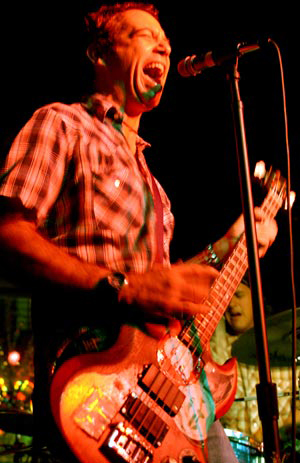 4. Gibson EB3 Bass
The bass that Jack Bruce played, and played so well, was an also ran in the bass race of the rock and roll era. I personally believe that the EB3 was destined to die a fiery death if not for the great Jack. In reality the EB3 was a victim of the amplifiers of the era. The high output of the massive neck humbuckers over drove the preamp section of most of the era’s Neanderthal bass rigs. It never sounded clean, but it was Jack Bruce that went with it, and played with the back pickup, which is a smaller mini humbuckers design. This growl became Jack’s signature sound. Any of you who want to hear Jack and his EB3 at their best you must go out and get his first solo album after Cream called “Songs for a Tailor” 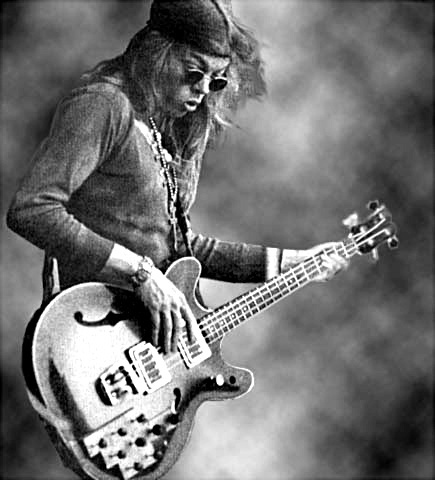 5. Guild Starfire Bass
Often copied but never improved upon, the semi-hollow Starfire bass was to my ears the best sounding semi of them all. Guild instruments are and always will be underrated and a best buy for the buck. This bass, made famous by Jack Casady of the Jefferson Airplane had two versions, the first produced from 1965 to 1969 sported a single coil pickup, and the latter featured humbucking pickups. The one Jack used was the single coil version, and it sounded chunky and percussive. I am sure Jack’s technique had something to do with it, but it was an awesome sound. This is one bass that begs for round wound strings, to enhance the bite of the single coils. The Gibson EB1 was a muddy version of the Starfire basses. 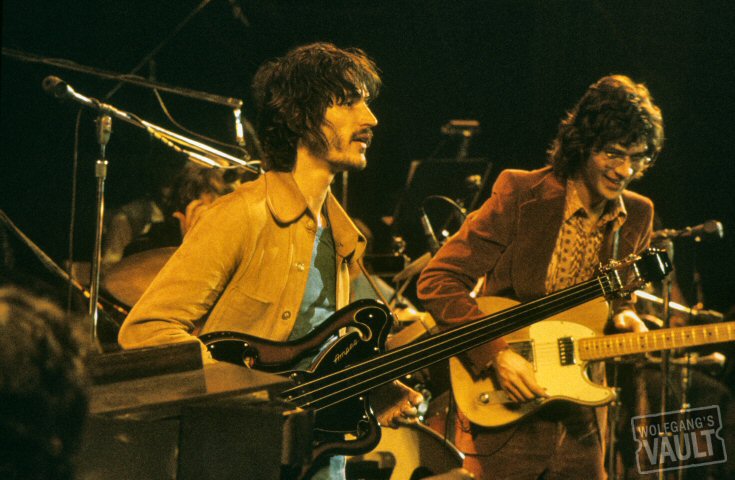 6. Ampeg AUB-1 Bass
There can be little doubt that the Ampeg AUB-1 is one of the most unique fretless basses ever made, with its offset body and cut-thru f-hole. A striking look, for sure, but it also sounds amazing. This model (and the fretted version, the AEB-1) are very rare and hard to find now – only around 1150 AEB-1 and AUB-1 basses were manufactured between 1966-1968. But thanks to being used by artists such as Ricky Danko (watch “The Weight” from The Last Waltz film) it has become the stuff of legend. The AEB-1 was also used by Adam Yauch in the Beastie Boys. Thankfully, the Eastwood tribute models are fantastic alternatives if you can’t afford an original. Both the Eastwood EUB-1 fretless and EEB-1 are still available and well worth checking out: 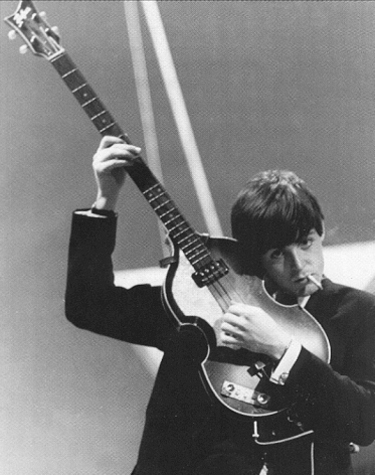 7. Hofner Model 500/1 Beatle Bass
Paul McCartney, Paul McCartney, Paul McCartney. What the hell was this guy doin’? What was he playing through? What kinda strings was he using? Now I think Paul would have sounded great if he was playing a cigar box strung up with rubber bands played through a transistor radio but that’s my hang up. Paul was the man, and that little bass sounded great in his capable hands. The 500/1 premiered in 1956 and it featured a set of mini humbuckers and a spruce top. That combination would usually spell disaster especially at higher volumes, but it didn’t. And by the way I’ll finish like I started, all you aspiring Paulie Mac’s use flatwounds, use flatwounds, use flatwounds.

8. Danelectro Longhorn Bass
No matter how cheap you think this bass was, it was a killer sounding low frequency machine for sure. Those anemic “lipstick” bass pickups sounded so good, whether coming through an amp (preferably a big one) or through the console in a recording studio. Legend has it that the bass part for “Take a Walk on the Wild Side” was recorded with a Longhorn by 60’s electronic wiz Dan Armstrong. (his son Kent told me). The Danny was light weight, and as sexy looking as Phoebe Cates getting out of the pool in “Fast Times at Ridgemont High”. And great news is that the reissue ones sound as good as the originals. 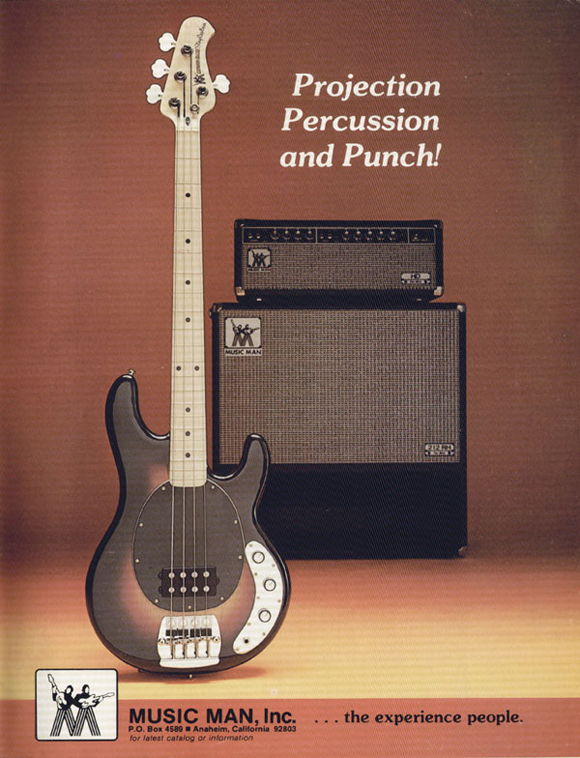 9. Music Man Sting Ray Bass
Well Leo you did it again! This bass was the first mass produced active electronic bass. It was made available in the summer of 1976, to rave reviews. The massive pickup produced a sound never heard before, and the pole pieces were the size of a dime. The Sting Ray had a volume control and a bass and treble control as well. This way you could add or cut bass and treble separately, way snappy. You could for the first time get a sound that wasn’t a Fender or Gibson sound. This bass became synonymous with cats like Bernard Edwards of Chic and Tony Levin (of everybody). 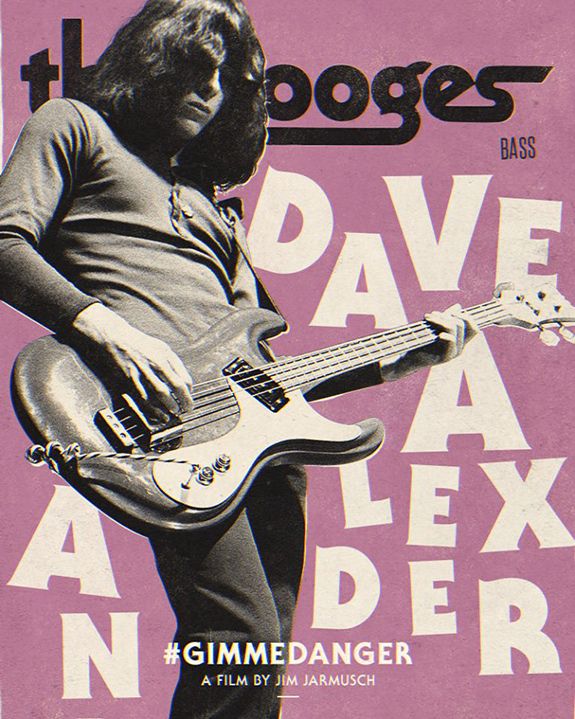 Dave Alexander and his Mosrite bass

10. Mosrite Ventures Bass
Of course, Mosrite was not just about the guitar! The Ventures bass was famously used by, obviously, the Ventures, but it also put its mark in the dirtiest corners of rock’n’roll thanks to being used by John Entwistle in The Who and, especially, Dave Alexander in The Stooges. Available with one or two pickups, the Mosrite Bass is one of the few models ever made featuring hot, P90-style pickups – rocking! Once again, Eastwood paid tribute to Mosrite, and their Sidejack 32 bass is the ideal choice for punk rockers, fans of Dave Alexander or anyone looking for a bass with extra kick.