Hello fellow guitar nuts, I just returned from the Eastwood guitar complex in Toronto. While sunning myself in the Great North I performed some tasks for Eastwood, some of those tasks were the video clips of some of Eastwood’s basses. I actually was a bass player for many years before switching over to guitar. As I was playing the basses, I thought back to the guys that influenced me and some of my friends in the bass genre. So…this months column will focus on the electric bass and some of its most influential players. 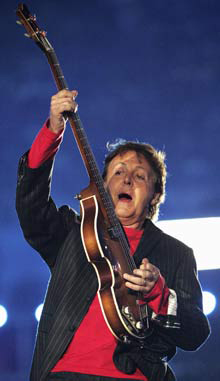 Sir Paul was and will forever be the first rock bass player who stepped outside the realm of covering the roots or arpeggiating the chords in the traditional intervals. Paul played what we used to refer to as “piano bass”. His use of the thumpyHofner violin bass was a two-fold application, as he covered the bass frequencies, never leaving John and George hanging out there without the low end support. But, he did this while creating counter melodies and tension and release within the music, a technique you find in more complex musical forms like jazz and classical music. And of course he did this while singing his ass off!. Check out Pauls playing on “Lucy in the Sky”, “Old Brown Shoe” and “Fixing a Hole” just to name a few. Bass players study Paul’s playing closely and learn from the master of tasty, yet up front bass execution. 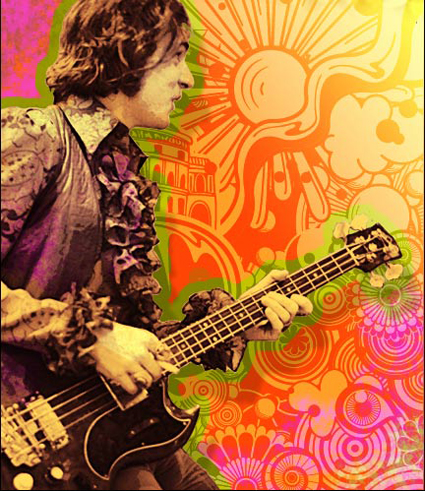 When I came up back in the late sixties and early seventies Jack Bruce was the default choice when asked “so who’s your favorite bass player”. Jack was an outstanding instrumentalist and singer, but his bass playing was so groundbreaking that he intimidated the great Eric Clapton and frequently blew him off the stage during some of Cream’s extended jams. Unlike McCartney’s clean sound, Jack’s sound was distorted and barky. He accomplished this by using Marshall amps for his amplification, and utilizing the bridge pickup on his bass of choice the Gibson EB-3.

Obviously, Jacks playing on the Cream records are the ones people go to immediately when looking for Jack Bruce virtuosity, but you must check out his playing on his first solo album after Cream called ‘”Songs for a Tailor”.. Check out “The Clearout”, To Isengard” and “Never Tell Your Mother She’s Out of Tune”, truly amazing! 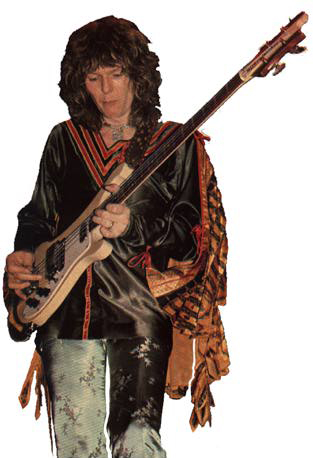 Chris Squire played bass for the great progressive British band Yes. He along with guitar player par excellence Steve Howe was as formidable a pair in the history of rock ever to share a stage. Chris’ cutting tone on his Rickenbacker bass was a benchmark for all future bassmen. “Long Distance Runaround” form Yes’s first album called Yes Album still impresses after 30+ years of being in the dictionary of rock instrumental hooks. Chris continued to blast away and the foundation of what a bass player could and should play for many years after Yes’ first records. 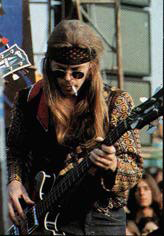 Playing bass in 60’s bands was not really a safe place for cats trying to make a name for themselves based on their playing and not their hair. Although Jack Casady had some great hair, his percussive, thumpy sound was break from the mostly low-endy studio recordings heard in the mid sixties. Jack played a melodic, linear style that helped to define the style that was to be called “lead bass”. I am sure the likes of Stanley Clarke and Jaco Pastorius were influenced by Jack. If you want to hear Jack at his best listen to his playing on “The Other Side of This Life” from the live Airplane offering called “Bless its Pointed Head”.

Jack also showed great diversity while playing in Hot Tuna with guitarist Jorma Kaukonen. Hot Tuna played electric and acoustic blues as well as some of its own music, and Jack always was solid and interesting. Many imitators have been out there, but none can compare to the original California bass rebel Jack Casady. By the way he was never married to Shirley Jones and was not the father of David Cassidy. 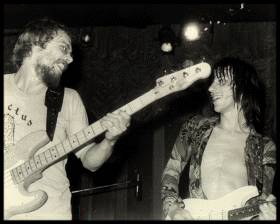 Tim’s style although great has been controversial at times. While playing in the Vanilla Fudge Tim alongside drummer extraordinaire Carmine Appice layed down some very solid bass lines, while also stretching outside the realm of what a bass played had played up to that point. After leaving the Fudge Tim and Carmine was the rhythm section in Cactus a much underrated band. Cactus recorded some very heavy records in the early 70’s and Timmy’s playing was distorted and atypical. Cactus was a departure from the Vanilla Fudge in that Cactus boasted a very strong guitar player in former Detroit Wheels axeman Jim McCarty. The chemistry between Bogart and McCarty was strained, as neither one was used to the role each other was playing, but as frequently happens the music thrived under adverse conditions.

Timmy went on to play with Jeff Beck in the short-lived Beck, Bogart, and Appice. They only released one album, although there was a second LP in the can that was never released. If you can get your hands on it, there is a “live” album recorded in Japan that is a very good record, showing BBA at there live best.

Although Tim Bogart’s playing is controversial there is no doubt he is one of the most influential bass players of rock and roll.

4 thoughts on “My 5 Most Influential Bass Guitar Players”