Sunday June 6th was a fine day here in Toronto. We had the pleasure of spending some time with the guys from R.E.M. prior to their show at the Molson Amphitheatre. As many of you know, Scott McCaughey has been playing an Eastwood Sidejack DLX Guitar for more than half of the songs on this tour (Scott is the long-time sideman for R.E.M.).

In other news, Scott and Peter Buck have teamed up with Steve Wynn and drummer Linda Pitmon to make an entire record of baseball songs. Steve and Linda also dropped by Eastwood headquaters on Monday to say hello. A fine weekend indeed and triple thumbs up to Guitar Tech extraordinaire, Dewitt Burton. Thanks man! Here are some pictures:

1) Hanging out on stage during sound check: 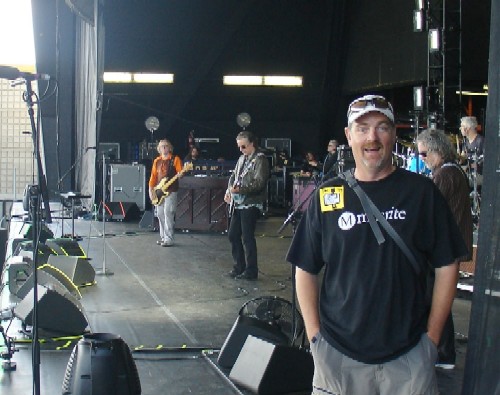 Mike Robinson on stage during the R.E.M. soundcheck

2) Hmmmm… The collection of toy dinosaurs is getting pretty big: 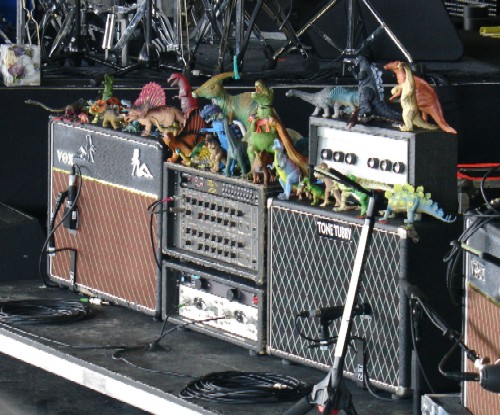 Toy Dinosaurs on the R.E.M. amps

3) Pete and Scott rocking out during the show: 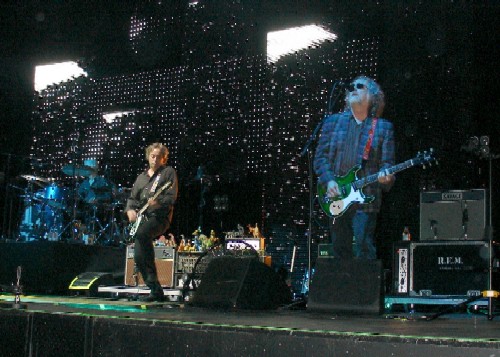 Pete and Scott rocking out during the show

4) R.E.M. with the Eastwood Guitars crew: 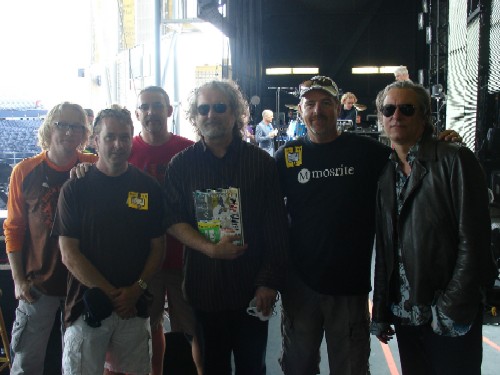 6) Steve and Linda dropped by Eastwood headquaters on Monday to say hello: 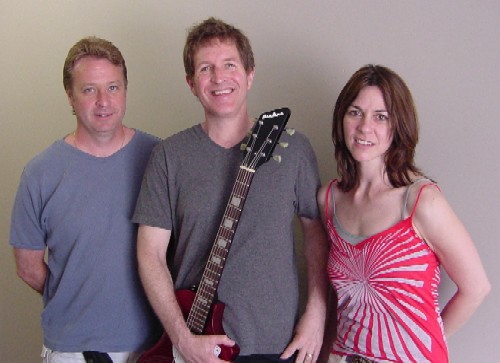 2 thoughts on “Backstage at the R.E.M. Concert”