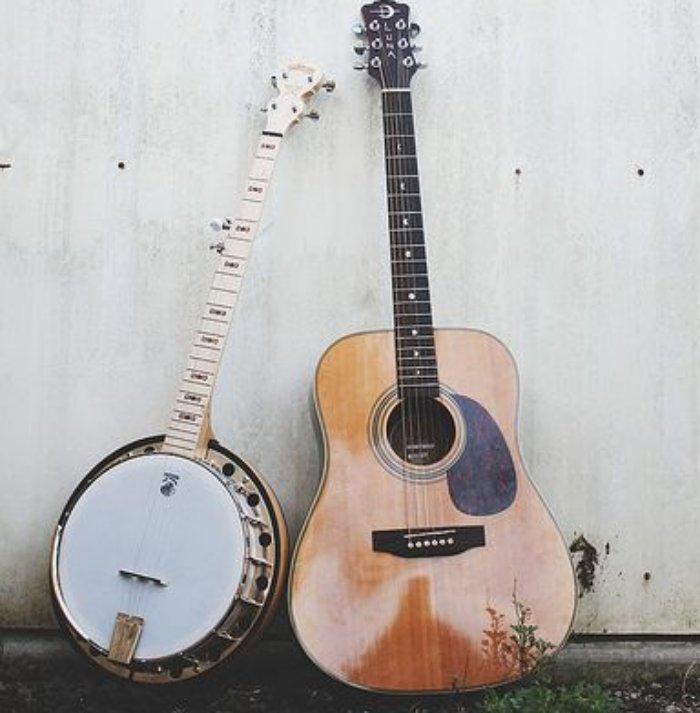 Guest blogger Joseph Nicholls explains the main differences between a banjo and a guitar, to help you to decide which one to go for.

In the enormous world of music, figuring out which instrument best suits your taste can be quite a daunting task. This article will tackle the old millennial dilemma between banjo and the guitar. Both instruments, though similar, have some differences that would be crucial in determining which to learn, especially for a first time player who is also fresh to music.

A banjo is a musical string instrument. It is believed to be African in origin. It is 4, 5, or 6 –stringed instrument and a standard banjo has five metal strings. It has a membrane that is stretched across a cavity.

The membrane is usually made of plastic, but occasionally it may be made from animal skin. The cavity is known as a resonator or head, and it is usually circular in shape. Banjo has held an important place in African-American traditional music. Screw stretchers are used to vary the tension of the belly.

A guitar, on the other hand, on average have six strings but may have up to twelve. Guitars are made from plastic or wood, and their strings come from steel and nylon. There are quite a wide range of guitars from the well-known classic guitar to the acoustic to the electric guitar which lacks the hollow amplification belly. 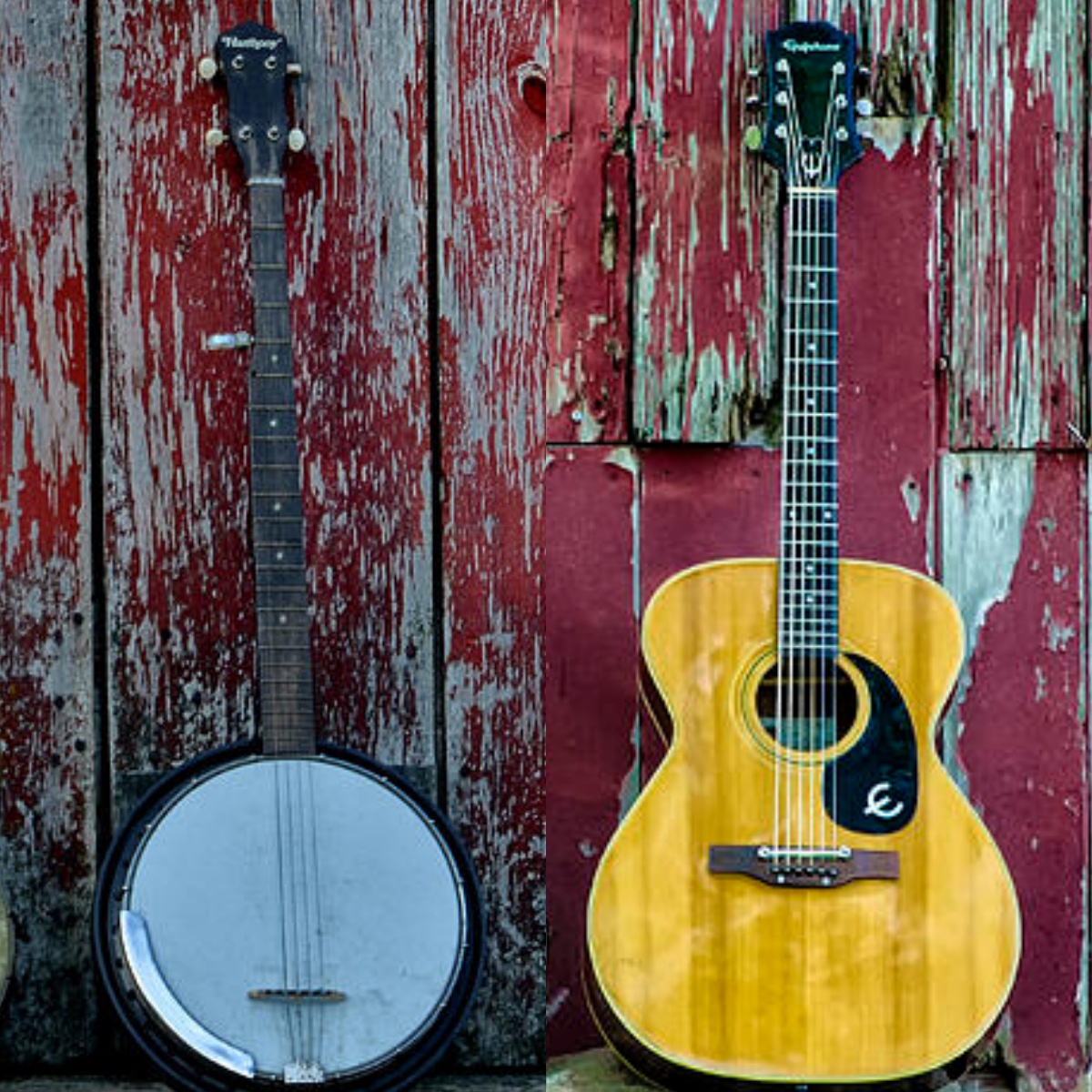 There are a few similarities, however, between the banjo and the guitar, as they belong in the family of string instruments. Both instruments have a belly to assist in amplifying the sound. Both instruments may also be played using a small pick to pluck the strings. Thin strings, whether you want to go for the best beginner banjo or the guitar, give for easier pressing and playing of the instrument.

The two instruments differ in size. A banjo is smaller compared to a guitar making it easier to learn how to play than the guitar. It is because of this that a banjo is better for children to learn compared to the guitar as it is easier for them to manipulate it.

Given the difference in the size of the neck, banjo has a slimmer neck than that of a guitar. It is easier to fret banjo strings than it is to do so on a guitar. This is another factor that comes into play, making the banjo slightly easier to play.

Banjos have metal strings on which the music is played while guitar strings are made from steel and some from nylon. This may cause some difficulty when plucking the banjo as the chords are rather tough, but with practice, this becomes barely noticeable.

The tension on the strings also plays a vital role in the amount of pain incurred when playing. However essential to notice the banjo has lighter gauge strings which weigh in to make its playing comparably equal to the guitar

The two instruments also sound different even to the untrained ear. Their difference lies in the fact that a guitar provides a rich deep tone compared to a banjo’s high pitched tone.

A guitar is tuned to what is generally called standard  with notes that include E, A, D, G, B, E while a banjo, on the other hand, is tuned to an open tuning called “open G” tuning. This means that a banjo immediately makes a beautiful sound when strummed across the strings. This is because the strings are already tuned to one of the chords already. The second, third, and fourth strings in a 5-string banjo are quite similar to the guitar.

As mentioned previously, the two string instruments vary in their number of strings. Usually, a banjo has five strings while a standard guitar has six strings. The up-side to this, however, is that more pleasant and accurate sounds can be gotten from a guitar than from a banjo.

In terms of prices as well, guitars will provide better sound quality than banjos and are therefore more expensive because of this. The construction of a guitar is also slightly more complex, adding to the slightly elevated prices. Additionally all the different versions there are of guitars means that their prices will vary but will generally be higher than a banjo.

It is also worth noting that in a guitar the strings are further from the fretboard meaning the player requires some level of expertise to create notes and chords. Banjos are therefore beginner-friendly, especially for children.

However, all things considered if you decide to pick the guitar, then learning how to play the banjo would be a piece of cake. This is because the guitar is more complex compared to the banjo. But in a way, learning to play either will not be easy as this is a lifelong journey and true mastery requires more than a lifetime!

The journey, however, is what makes the entire process worthwhile. Both instruments require your hand to learn to make moves it isn’t accustomed to, but this will get easier and will be greatly rewarding upon succeeding to master these moves. Both will require commitment and persistence because as they say, it takes ten thousand hours after all to master a skill.

Eventually, in the end, the choice made is determined by which instrument to you is equated to pure bliss. Whichever instrument makes your heart dance a little faster should ultimately be your choice.

And whichever one you eventually settle on will make for an exquisite choice. Also, the basic skills acquired in learning one can easily be used in learning to play the other, which means once you master one, you could quickly move on to the other.

2 thoughts on “Banjo vs. Guitar: Know the Differences”