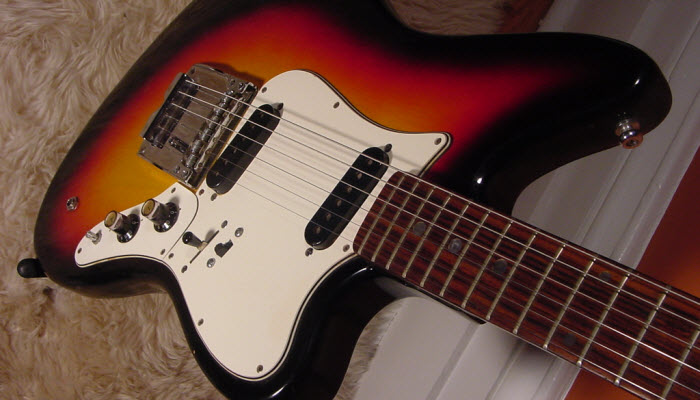 In the 1960′s Maurice Lipsky Music Co., a prominent importer and distributor in New York City, developed the Domino brand of guitars. In 1967 Lipsky introduced a line proto-copies carrying the Domino brand name. Most were inspired by European models such as the EKO Violin guitar. Here is the original flyer announcing the lineup from 1967, claiming “DOMINO IMAGINATION LEADS THE ROCK GENERATION!”. The California Rebel, recently reissued by Eastwood Guitars, is front and center here in 1967.

Who actually built these guitars in Japan is unknown, but these pickups appear to be associated with Kawai guitars, and that’s probably a good guess. 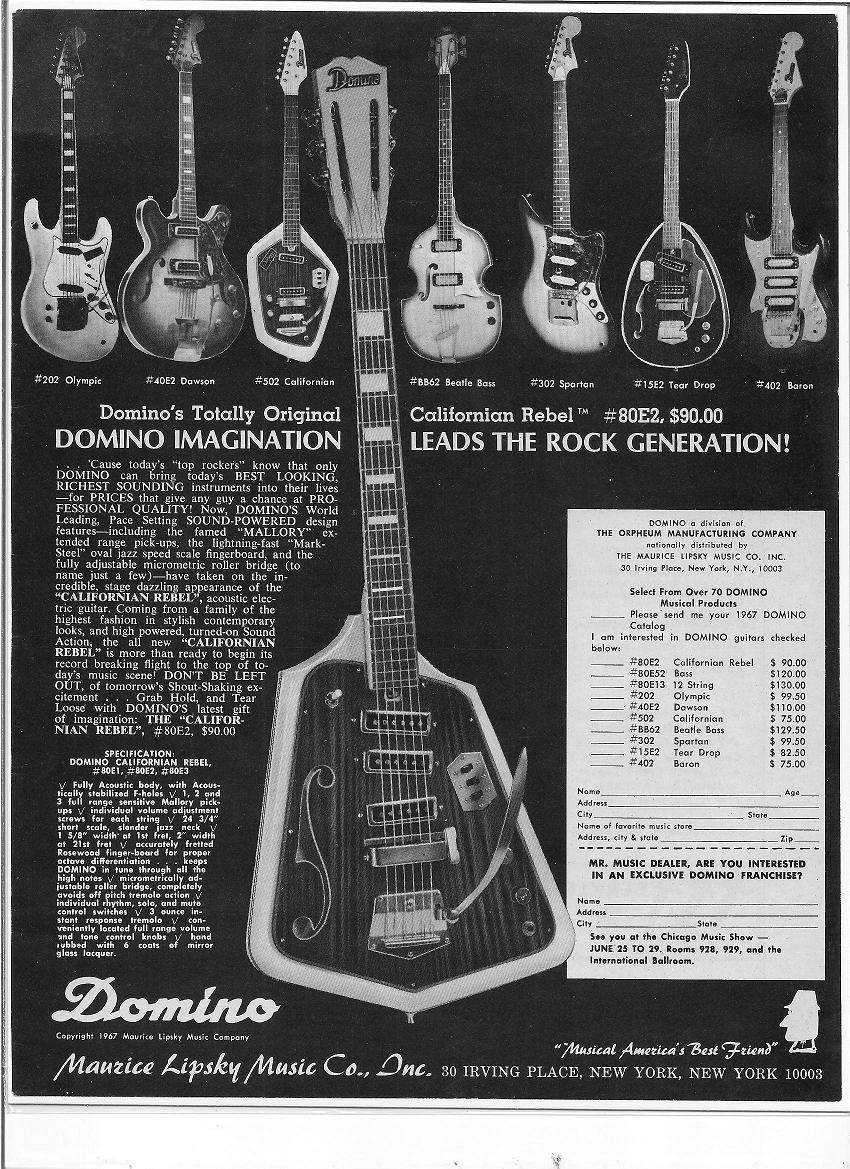 Here is an example of a dual pickup Domino Spartan in Sunburst. It was available in 2 or 3 pickup configuration, and in many different colors. Over the years I have seen olympic white, sunburst, seafoam green, orange and red. This 2P model has volume and tone controls, a 3-way selector switch and a rhythm/solo switch. The quality was pretty solid across the entire Domino line, compared to some of the stuff that was coming out of Japan at the time.