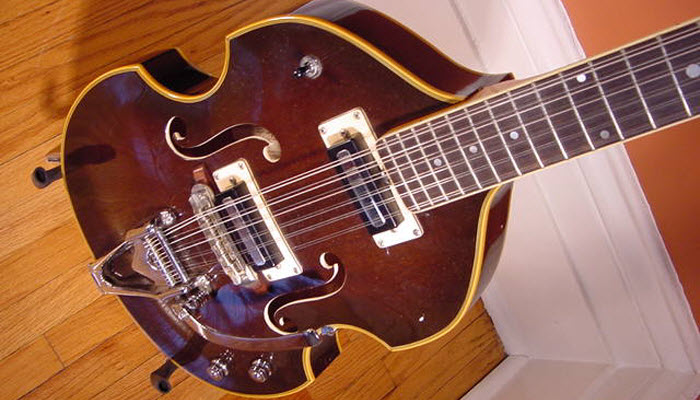 EKO was an Italian musical manufacturer, prominent in Europe from the late 50’s to the 1980’s. The brand lives on today, but the instruments are no longer produced in Italy. To the best of my knowledge, they evolved from being an accordion manufacturer in the late 50’s, to creating some of the coolest electric guitars in the early sixties. They were known for their crazy pearloid and faux woodgrain finishes, accordion switches and funky body shapes. Later in the early 1970’s, they also took over production for VOX guitars, and were distributed in USA by the LoDuco Brothers in Milwaukee. That is likely where this guitar came from.

Here is an unusual 12 string model, likely dating from the late 1960’s or early 1970’s. Obviously inspired by the Hofner “Beatles” shaped guitars, it is a surprisingly good player. I’ll let the pictures to the talking from here on in…