Hello everyone. I hope you are all winging your way through guitar heaven. Guess what? It’s another list – this time I have listed what I believe to be the best guitar amplifiers for the money. Some may be pricey and not for everyone, but I still believe them to be a good deal. 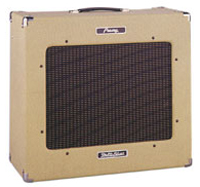 Lush reverb and tremolo, a quartet of EL 84’s a very nice sounding tight Eminence 15″ guitar speaker. This is one of the only affordable 15 inch speaker guitar amps that is not a steel guitar amp. Although it is outfitted with four EL 84’s, its no AC-30. To its credit the Delta Blues is its own man. Very road worthy and consistent. When they first came out they were using Chinese power tubes and they sounded good. Later on Peavey, through its dealers, started selling Russian (Sovtek) tubes as replacements, but these tubes biased a lot cooler then the Chinese ones did. And unlike many other EL 84 combos the Delta is not cathode biased, so when you change tubes the amp must be rebased. Not a real big deal, but a deal just the same. Also if you want the amp to sound good all night long, have a tech install a fan to cool off those overworked power tubes. Peavey told me awhile back that 6 months of steady use and you should change the tubes. I agree whole heartedly! 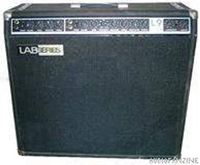 These Moog designed amps were very well made and quite dependable, but probably misunderstood for its time. Lots of different eq settings were available, which made many guitarists feel (yours truly included) a bit overwhelmed. Old Bob Moog did not realize that he was a few years ahead of the amp-tweaking rack-friendly guitarist. My favorite of all of these was the L9 model outfitted with a JBL 15 inch guitar speaker in an open back cabinet. Great reverb too! I would say you could get a Twin Reverbesque sound plus! I also very much liked the L5, a 2×12 inch version. This amp was used by BB King for many years and it sounded great. Also good for funk rhythm with a good on-board compressor.

These amps are very reasonably priced, but make sure you also get a service manual as this will confuse many an amp tech once he gets it open. 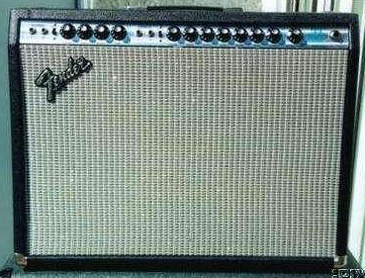 It’s a hardwired amp for less then a grand, what else needs to be said. In the hands of a capable tech it can be easily modified to Blackface specs for about 250 dollars. Some Fenderphiles will also want to have their tech upgrade to the Blackface correct solid core cloth covered wire. I will say again, the Blackface are the crowning achievement of Leo Fender Amp legacy. No Doubt.

I highly recommend modding the high power Twins and Supers from the late 70’s they have an very desirable headroom, especially when Blackfaced. And for God’s sake get rid of that stupid master volume! 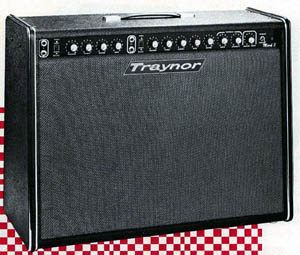 These Canadian made hardwired amps are an unbelievable value. They are built like a Sherman tank, have very high quality transformers, and the quality of the handwiring rivals any era Fender.

The Bass Master series of Traynor heads are going up in value, but they are very, very close to being JTM45 clones, which we all know are pretty much 59 Bassman copies. I also love their Reverbmate guitar combo amps. Online right now you can find many hardwired Traynors for under $400, some as low as $200.

If you are a want to be amp tech looking for his or her first project try a Traynor. 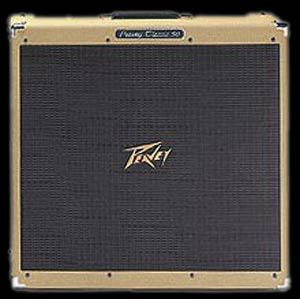 Another Peavey standard bearer amp for sure. 50 watts out of an open back 4×10 cab housing some very well suited Eminence ceramic speakers. Forget the Master volume and dirty channel – use this amp as if if were a non master Super or reissue Bassman (w/ reverb) and get your distortion from a pedal you like. Great blues and rock amp, I also think it’s a good country amp although I think a bit more presence would help for a real country twang. Unlike its smaller sibling the aforementioned Delta Blues this amp can go years without power tube change. I dunno I think this amp could actually live up to its name. 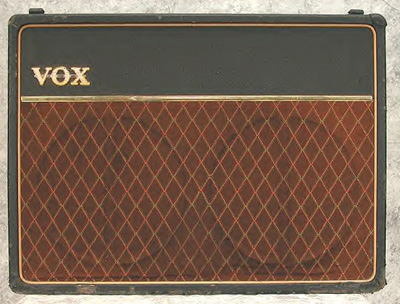 The amp I am recommending is the currently available Chinese made Vox AC-30 combo with the AlNiCo Blue Celestions in the 2×12 configuration with a street price of about $1500. Now that’s a significant amount of scratch I know, but I believe this amp to be a real bargain once you see what you get for the $. The standard speaker version is also a steal @ $1000 but to my ears the stock speakers are not efficient enough to reproduce accurately the many subtle possibilities of this amp. It is not a reissue although it looks like one. Vox basically took all the mods and options from all the model variants over the past forty years and put them into one amp. It also lets you run the power tubes hotter or colder as well as the voltage going to the filter caps, this option gives you the option of running the amp tighter or with a bit more sag. It has a master volume and you can combine the two distictincly different sounding channels with a flick of a mini toggle. I also love the versatile reverb controls.

All in all this amp is a great deal for the $, but you better work out before you bring it to your gig, it will make your Twin Reverb feel like a Pignose. 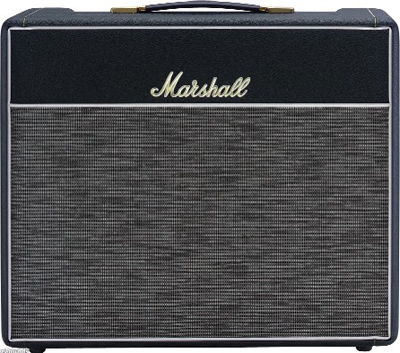 This amp is a faithful reissue of the 18 watt single 12 inch combo from the late sixties. The amp has two channels which sound virtually the same, one of which sports a great sounding tremolo. Let me say it right away this is not a versatile amp it has basically one sound, and depending on the volume it gets crunchier as you turn it up. This is the deal, put a Les Paul through it and you will sound like Jimmy Page. Plug in an SG toggle to the back pickup and you will cop the Tony Iommi Sabbath sound perfectly. I personally think that if you want the same response with a single coil guitar you will have to drive the preamp a bit harder using a clean boost like an MXR Micro-Amp.

I use this amp exclusively as my dirty amp that I keep on at all times in my live setup combined with either an AC-30, Super Reverb, or Twin Reverb as the clean amp according to the size of the venue. And funny as it may seem it stands up even to the Twin.

Again, this amp is expensive but when you can get a piece of history with a warrantee I believe its worth it. 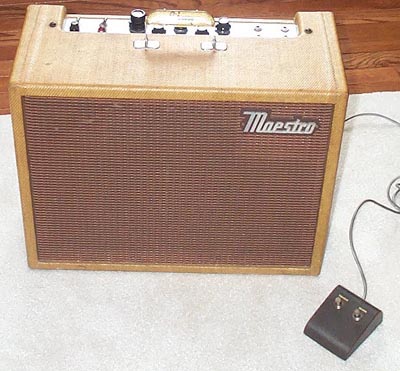 Now if you cannot afford the Marshall but want an ass kickin little combo try one of these little devils. They are usually around 20 watts or so, powered by a duo of 6V6’s. I have been told by my amp tech the great man himself Bill Carruth( Montpelier, Vermont) that the wiring in these amps leaves a lot to be desired, I have seen the inside and can tell you that they look like a twister hit a spaghetti factory But when up and running they sound great, and the reverb is to die for. It is set up like the old Ampeg reverbs at the end of the circuit, unlike Fenders which is in the middle of the circuit. The tremolo is fantastic, very strong and controlled with the same hardwired footswitch that controls the reverb.

My two faves are the 22 watt Maestro which features a single 15 inch Jensen C15N ceramic and the single 12 Gibson Falcon. Check em out Sport! 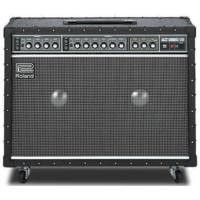 This amp has a great sound, we all know this and remember having one back in the 80’s and thinking “my God I will never get rid of this amp”. And guess what, you should not have. But you know what happened you woke up one day and realized nobody wanted to sound like they were playing in the Fixx anymore. Fender started reissuing (not really) the Bassman and that was that.

But a good amp then is a good amp now. They were dependable, they sounded full yet never loud, the speakers were very unguitarlike but the friggin amp was amazing. The chorus was the best period, and the vibrato was also very cool although I always thought you should be able to footswitch between the two. Tons of treble and low end, and everyone in the band loved it ( big deal!) The reverb was lush and very useable. It had very good casters and a cool kind of industrial look to them, that even when they get old and beat up they still look cool, very much unlike many other 80’s icons. There are tons of these things out there as we know Roland made zillions of them, but as a testament to their value you rarely see a used one in a music store.

That’s my list of great amps for the money. Please send me your selections I love hearing from you all.

18 thoughts on “The Best Guitar Amps for the Bucks”