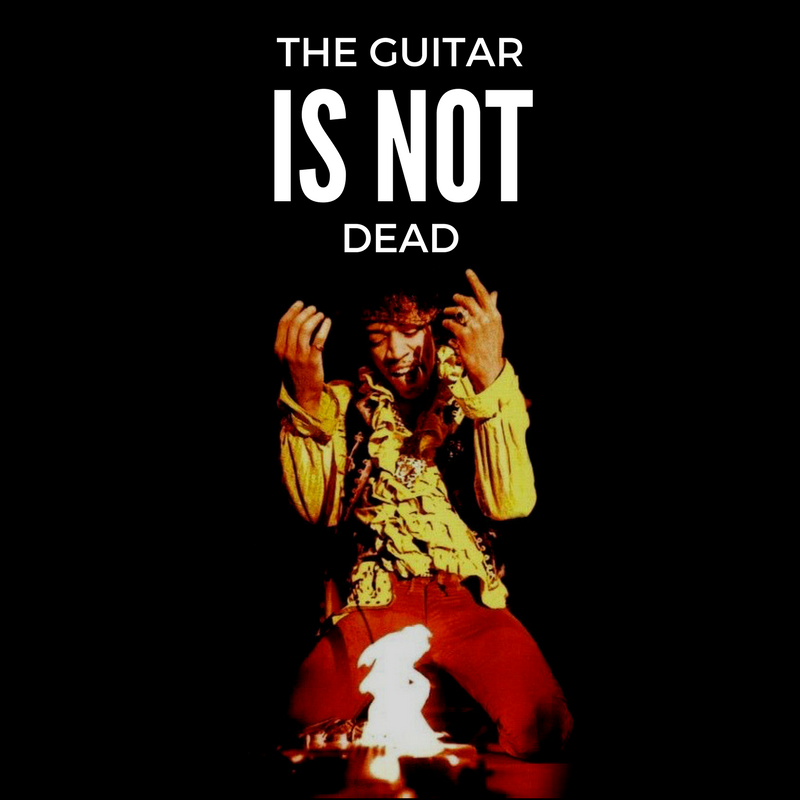 …And Won’t Die Anytime Soon. A recent article from the Washington Post has caused stir in the industry, recently. It was called “The Slow Secret Death Of The Electric Guitar” and begged the question: are the days of the guitar coming to an end? Don’t think so…

It came as no surprise that the Washington Post’s The Slow Death Of The Electric Guitar article got everyone talking, a few weeks ago. After all, we all love guitars, so this couldn’t possibly be true! Or could it? The fact is, though, that even though nothing the article said was factually incorrect – hence the fact it was  a relevant read – the conclusions it came to where quite off the mark. Not quite fake news territory then, but misleading news.

The very title of the article seems to suggest that at some point, the guitar will simply die off – which is a totally ridiculous idea.

With this in mind, we’ll discuss 5 points that show that the Washington Post article was simply… wrong!

1) The big brands are in trouble, not the electric guitar 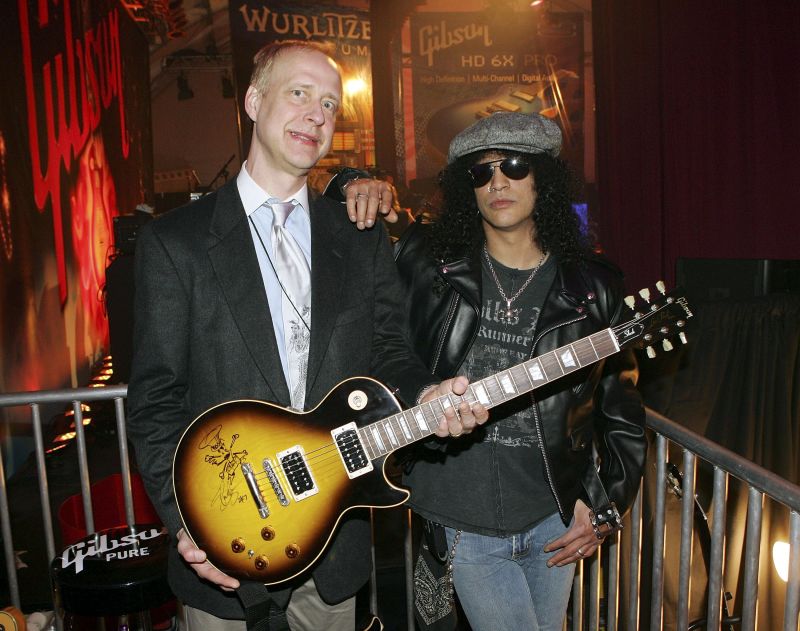 One of the guys knows everything about guitars. The other one is Slash. Or so Henry Juszkiewicz probably thinks…

The nature of popular music and of the market have changed dramatically, that’s for sure – but that doesn’t mean the electric guitar will die anytime soon. The main problem with that article, is that it just gives too much importance to the big names such as Gibson, Fender, Guitar Center, and to mainstream music.

We all know what happened to dinosaurs. And the same is bound to happen with people who think like dinos, in this business! Even though we all owe a lot to brands such as Gibson and Fender, who made some of the most legendary guitars ever, it doesn’t mean they are God-given gifts to mankind who should expect to have loyal customers no matter what, just because rock legends have played their instruments.

These brands are subject to the same market forces as any other, smaller brands – and if their products are not good enough or not available at the right price point, they won’t sell. What’s true to a bunch of bananas at your local market is true to a Gibson Mike McCready 1959 Les Paul Standard Vintage Gloss guitar.

It’s not that the electric guitar as an instrument is dying – it’s just that the biggest brands associated with it are, well, not in the best health:

“Gibson and Fender are in debt, and a third, PRS Guitars, had to cut staff and expand production of cheaper guitars” – The Washington Post

Is it any wonder??? For far too long, they’ve made guitars which are far too expensive and, sometimes, not even that great. Therefore, sales were bound to go down. What did anyone expect?

Many guitarists will tell you that a Squier Classic Vibe will look, feel and sound as good if not better than some more expensive Fenders, for instance.

And in fact, lots of people are still collecting guitars – but the notion that there’ll always be a vast demand for top-of-the-range expensive models is unrealistic – even though that’s exactly what Fender, Gibson and PRS expect.

There is still a (small) market for very expensive guitars, and that’s why many boutique luthiers still survive and even thrive. But the bigger brands are just counting on their name – and this is just not cutting it anymore. If a guitar is not good value-for-money, it won’t sell. 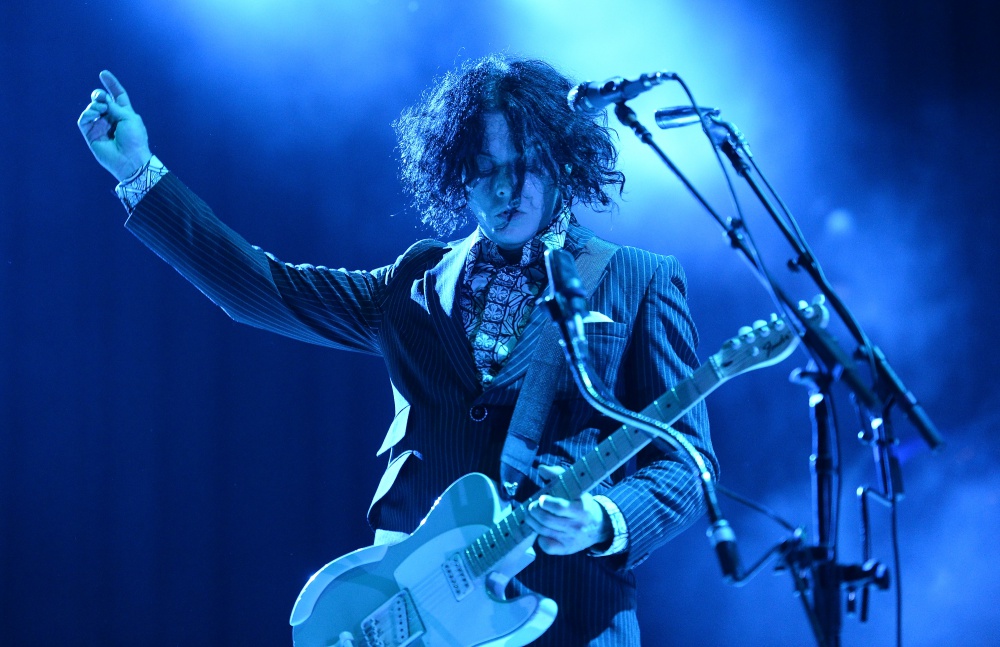 Jack White is proof that modern guitar heroes DO exist

Baby Boomers became guitar collectors, but most younger people won’t  – however, this doesn’t mean they feel less inspired by guitar heroes than past generations.

Younger players have grown up in a world that’s increasingly unstable, with unstable jobs and future – not as many will have money to spare on very expensive guitar collections.

“Now those boomers are retiring, downsizing and adjusting to fixed incomes. They’re looking to shed, not add to, their collections, and the younger generation isn’t stepping in to replace them.” – The Washington Post

Big brands need to realise that the era of the moneyed “Baby Boomers” buying lot sof guitars is coming to an end – and no amount of guitar-hero worshipping will change this.

The Washington Post mistakenly assumes that younger people are not becoming collectors because they don’t have guitar heroes. This is not quite true.

There are still lots of people picking up a guitar and being inspired by the same idols who inspired their (grand)dads! Anyone can go to YouTube and feel inspired by the sounds and antics of all the great guitar heroes – Clapton, Hendrix, Page, Townshend and so on… even though they are not in the charts anymore, their music is actually more accessible than it has ever been!

Not to mention more recent names such as Kurt Cobain, Noel Gallagher, Jack White and Dan Auerbach, who still inspire many new guitarists. (as we know from sales of the Airline models, for instance…)

But are they going to spend mega bucks on a guitar collection just to copy their idols? Hell, no!

Younger people can love Sixties Eric Clapton as much as anyone who grew up in the era, and still this wouldn’t make them spend thousands to buy a new The Journeyman Relic Eric Clapton Signature Strat!

3) Guitar x Amp x FX Pedals: It’s not all about guitars, you know… 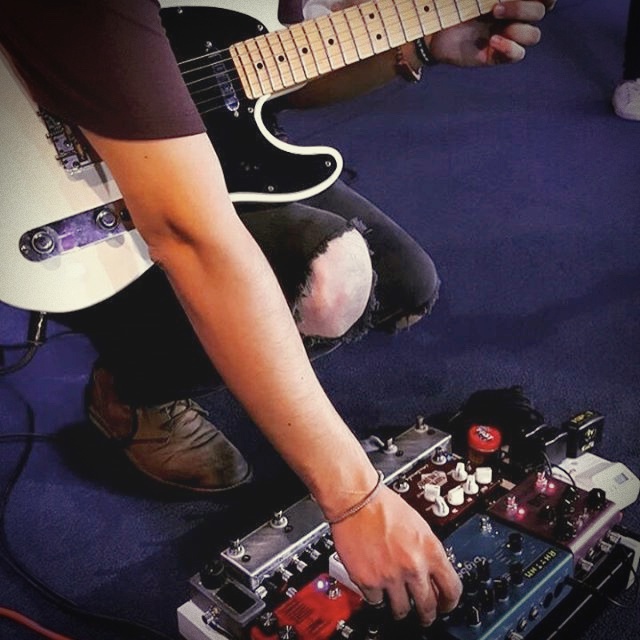 Guitarists are NOT spending less on FX pedals… that’s for sure!

From a gigging guitarist perspective, it’s also important to notice that collecting expensive guitars is NOT necessarily top of the list for most people active in music, be it playing in bands or just making music at home.

Why buy a super expensive guitar when you can spend the money on lots of cool FX pedals and valve amps? Jack White was a recent proof that you didn’t need to have an expensive guitar to create a great sound. But he had the help of a great Fender Twin Reverb, Electro-Harmonix Big Muff, Digitech Whammy etc.

There’s lots of bands playing with cheap or reasonably priced guitars – but at the same time using expensive valve amps, boutique FX pedals like the ones by Strymon… sometimes it’s not even a matter of money – but HOW you spend it. And in this day and age, expensive guitars will always lose, and quite often musicians will prefer second-hand guitars, but get brand new boutique fx pedals.  Which lead us to the next point… 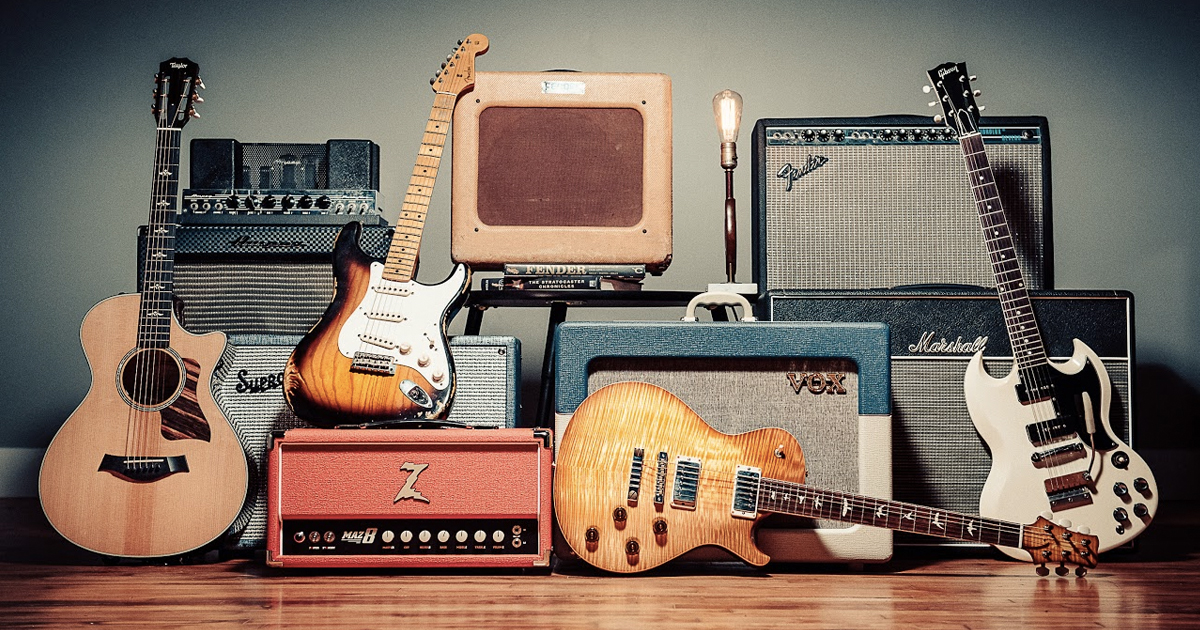 Buying second-hand is often a great option, from sites such as Reverb.com

The declining sale numbers for new guitars does not necessarily reflect a loss of popularity of the instrument. Well, it probably does a bit, but the point is that many guitarists prefer to buy second-hand instruments on sites such as Ebay and Reverb.com.  You can bet there are still many guitar collectors out there who buy lots of guitars – but the vast majority of them probably won’t be buying new models.

Also, is it realistic to expect that the market for brand new guitars (especially high-end Fender, Gibson, PRS…) should be an ever expanding one? Many guitar buyers are not that bothered about having a brand new instrument when they plan to buy a guitar. If you want to make your money go further, or want to get something maybe cool and more interesting, you might look at second-hand guitars, rare vintage guitars etc.

A guitar brand might even have “loyal” customers who’ve never bought more than one new guitar off them – if that! This kind of player won’t be helping the fortunes of a guitar brand like Gibson, because their commitment to the brand does not reflect on year-on-year sales. 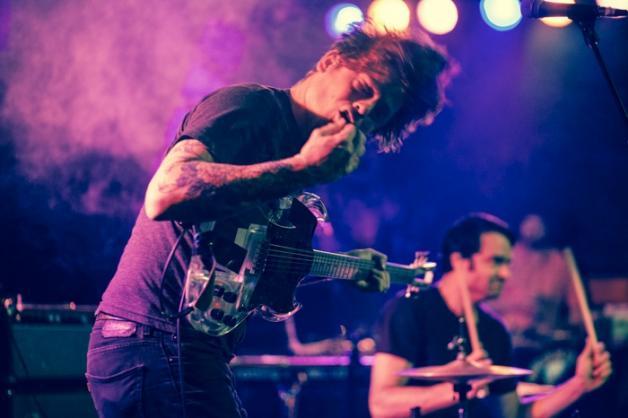 The bottom line? It doesn’t matter if more or less people are buying brand news guitars, or how many bands in the Top 20 are inspiring kids to get guitar lessons! We don’t need Taylor Swift to save the electric guitar.

There are LOTS of people out there buying used gear, getting inspired by bands who’d never been in the Top 20, and learning instruments on their own.

Young people still feel inspired by all the (fewer than before, sure) major acts who play guitar – but the point is, so many other bands not in the top of the charts are still out there, playing live to thousands of people at sold out gigs, festivals worldwide etc. Just go to a gig by acts such as Thee Oh Sees, Black Angels, King Gizzard & The Lizard Wizard, Courtney Barnett and so many others, and festivals such as SXSW, Austin Psych Fest etc and you’ll see that guitar music and rock’n’roll music is as alive as ever – if not more!

It just feels that people who periodically announce the death of rock’n’roll and/or of the electric guitar actually know nothing about either. They’re both alive and well. At the end of the day, it’s up to each one of us to make sure this song remains the same…

One thought on “BREAKING NEWS: The Guitar Is NOT Dead”