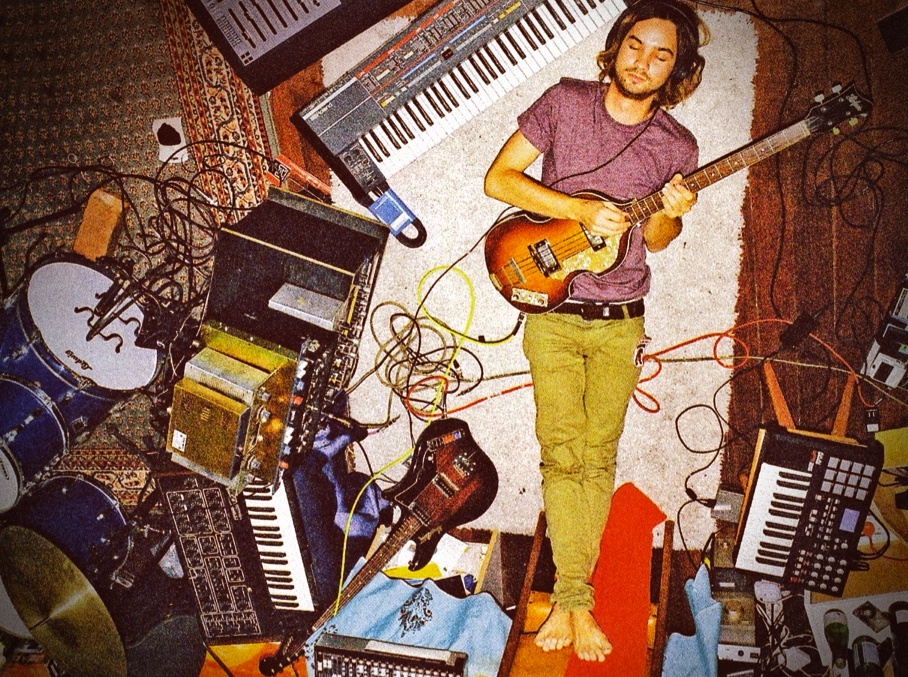 Home recording is the way to go for many – perhaps even most – musicians out there. Not just as way to record demos, but even to do the “finished product”. Guest blogger Ben Jacklin helps to answer the question: can your guitar actually sound as good at home as when recorded at a professional recording studio?

“Home Recording” used to be a term that petrified musicians. Not least because it required huge amounts of equipment to even consider. Before computers, it was virtually impossible, but as technology has changed, dabbling in recording is a realistic option for most guitarists, songwriters and even full bands. Can the results ever stand up to a studio recording?

Most home recording setups are a simplified version of a recording studio setup. Instead of going into a studio and having microphones running into preamps, a mixing desk and then to the computer, a home setup will usually be a microphone running to an audio interface and then to your computer. The audio is picked up in a DAW and then edited or ‘mixed’. Some home recordings are even done on USB microphones. 10 years ago, this would have been virtually unthinkable, but companies like Blue mics have actually done a very good job of making the switch to USB. It takes a huge amount of the hassle out of things, and means recording can take place anywhere.

Bon Iver – For Emma, Forever Ago.

Perhaps a seminal moment in the world of DIY musicianship. This album was recorded in a cabin, where Justin Vernon worked on the project in solitude, tracking to an old version of ProTools LE software. Though it has a slightly lo-fi feel, no listener in the world would instantly recognise that this was not recorded in a studio, and the environment in which it was recorded shines through in an album with a definite ‘tone’ running throughout. One of the first examples of home recording breaching the mainstream.

A more modern example of home recording is Tame Impala’s ‘Currents”. Lead singer Kevin Parkers home studio is described as more of a storage facility for his equipment, but was turned into the perfect recording space for this well-polished album.

Never one to shy away from innovating, Beck was home recording in the mid 90s. He used the home (and equipment) of electronic producers the dust brothers to record and mix much of his seminal, sample-based album “Odelay”. Incredibly, the primitive computing technology available to him meant that many of the ideas for the album are said to have come to him whilst waiting hours for his projects to save on the computer.

The short answer to the question of “can your guitar (or vocals) sound as good in home recordings?” is surprisingly a resounding yes. That said, recording studios exist for a reason and are still preferable if you have the time and money. To record at home, some decent equipment and attention to detail are needed. 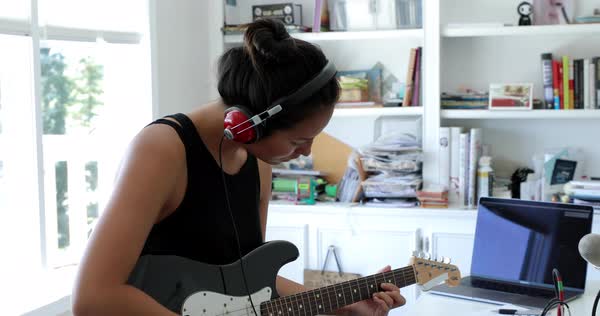 Recording at home…with the right gear, you can get great results.

Home recordings should consider acoustics. Treating your room with acoustic panels, or even buying a vocal isolation shield or shoving it full of duvets will do a decent job! Use the best microphone/s available to you, and investing in a decent home studio setup can pay off in the future. Even something as minimal as a good condenser microphone and audio interface can do wonders. Finally, brush up on your DAW or music software. There’s no use in getting good home recordings if you have no idea how to mix them, multi-track and present them into a finished song.

We live in a liberating age for guitarists and musicians, and the idea that a song recorded in your mom’s basement can reach the charts should give every DIY musician the inspiration to learn how to record and produce.

2 thoughts on “Can Your Guitar Ever Sound as Good in Home Recordings?”