After his 9 month bid in the clink for selling bongs, Tommy Chong was released from prison and began his comedy tour. When I heard that he would be performing in my home town (London, Ontario) on Jan 28th, 2005, I was like “No way man! I can not miss out on the chance to see Tommy Chong do stand up at Yuk Yuk’s!” Luckily I was able to get tickets for this event; for he was scheduled to do 4 shows in 2 days and all were sold out.

Now Tommy Chong had other hits besides the ones with a bong, a joint. He was also in a band called Bobby Taylor & the Vancouvers. While performing in a small club in Vancouver, Diana Ross discovered the band’s unique talent and brought them to the attention of Berry Gordy – who signed them to Motown. (Another fun fact: Jimi Hendrix, working as an R&B sideman, joined the group in December-1962 until he met up with Little Richard and left.) 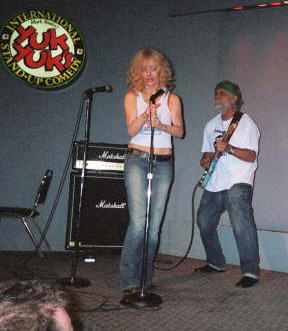 The group’s debut “Does Your Mama Know About Me” written in ’68 by Tommy Chong and Tom Baird, provided them with a surprise top-40 hit that managed to stay on the charts for ten weeks! Only later in ’69 for Chong to disband and team up with Cheech . A far cry from the stuff we all know Chong for playing; Beaners, Earache My Eye, and Up In Smoke – which he performed at his show. 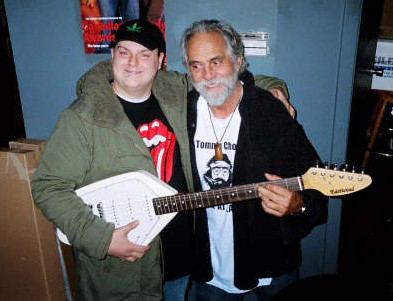 Me with Tommy Chong

His passion for playing the guitar is what brought my Eastwood Phantom along with me. After the show, I had a chance to meet him. At a lose for words, I remember muttering to him: “Tommy Chong,I love you man!”

We both laughed. Then I asked him if he could sign my guitar with an inspirational message. As I took my guitar out if it’s box, I can hear the ooh’s & ahh’s, and the comments of it being a wicked guitar from the crowd & Tommy! His face lit up, to be given such a thing to autograph. It was the highlight of my life! 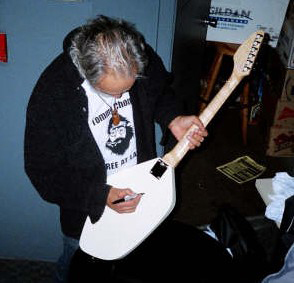 So I packed my Eastwood back in its box without looking at the graph and waited until I got home. I wanted it to be a surprise. Now the thing is – when you get something autographed, you are supposed to hide it in a vault and never touch it, or look at it again (so they say). However, it’s not that easy when it’s an Eastwood, and my only guitar. That’s like telling a kid he can’t have candy!

In result, the autograph is smudged and not getting any better, – so time to get a new one -and quick! I must salvage what is left as I leave you with some wise words left to me by Chong on my guitar: 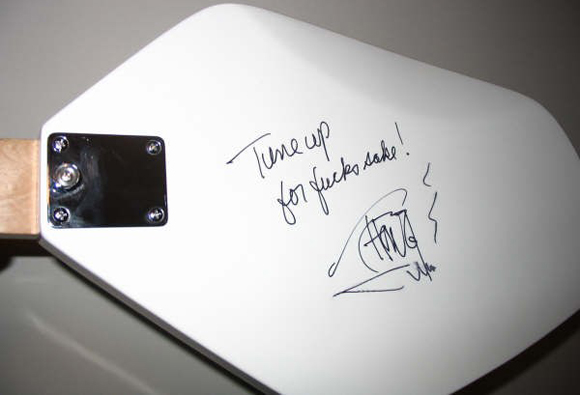