Most things in this world have gone through various changes or “evolutions” to get to how we know them today. When the wheel was invented, it’s not like Rolls-Royce launched their product line the next day – we just weren’t present during the time it took to move from “spinny stone circle” to “Phantom Coupé”. We simply can’t fathom a world that is without wheels, and it’s easy to take things like these for granted.

The guitar is something that yes, has had various updates and reworks – but fundamentally, it’s really just the same as it’s always been. Six strings and a piece of wood, maybe throw in some electronics if that’s your thing… an E note is an E note and a B is a B, these are all things that haven’t changed.
Perhaps what has changed more so over the years than the guitar itself is the way in which they are played. Musicians who have experimented, looked for new ways to approach things and for ways to make sounds never before heard on a guitar are what make the instrument so versatile today. Here’s a few techniques we all know about and where they came from:

How would punk and thrash metal have got anywhere if it weren’t for the use of these raw, stripped down, straight to the point delights of sound?
The power chord is, simply put, two notes played at the same time. They consist of a root note, and that note’s perfect fifth. While in theory, this sort of chord may have been used in music way before Pete Townsend blasted them out with his “windmill” strums, but it was the sound of over-driven guitars and rock music that really made them popular.
When you play more “full” chords with major or minor intervals, and add a bunch of gain and distortion to it, often times the resulting sound can become very messy and unclear – especially when paired with a full rock band. The frequencies within the two notes of a power chord mesh with each other in a way that allows them to remain clear, allowing you to crank the gain and really put some “power” behind your playing. A nice bonus is the fact that the shape of the chord remains constant all the way up and down the neck, allowing you to move between playing the chord and riffing much easier.
Use of the power chord on the guitar can be traced back to the early ’50s, in both Willie Johnson and Pat Hare’s playing – but perhaps the first mainstream and recognizable use would be by Link Wray in his hit song “Rumble”. 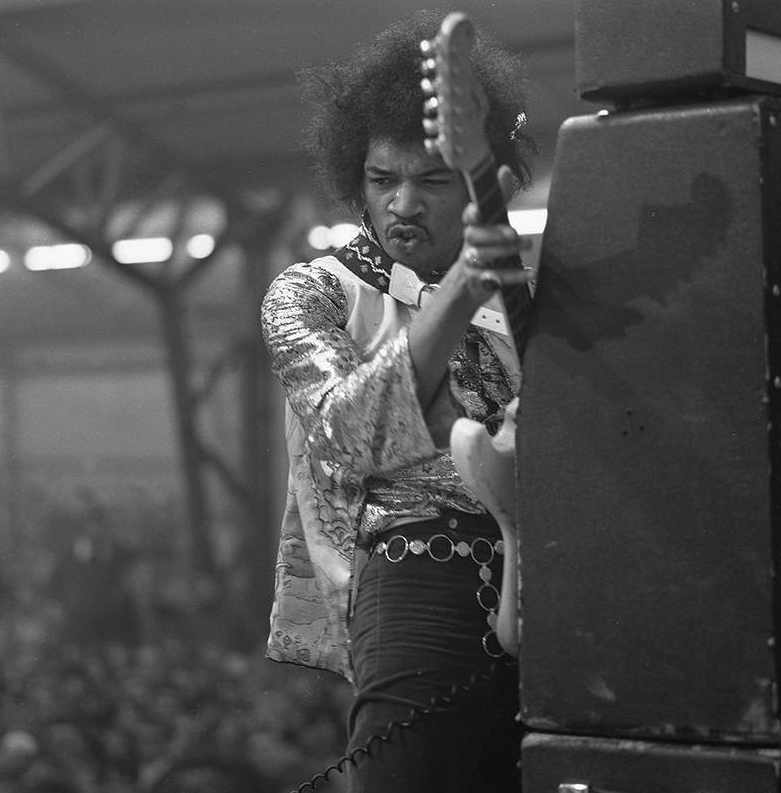 When the electric guitar was first invented as an instrument, feedback was an unwanted noise that came along whenever a guitar was played at high volume levels. Over time, methods were discovered that could significantly reduce and even prevent these noises from occurring. However, at some point in time somebody said “but I want that sound… how can we use that in my song?”
Allegedly, the first known deliberate use of Feedback in a rock song appears in the intro to “I Feel Fine” by the Beatles. John Lennon created the sound by leaning his semi-acoustic guitar against a guitar amp. Since then, controlled feedback and noise has been used by guitarists everywhere,  most notably by artists like Jimi Hendrix, the Grateful Dead, Pete Townsend, and Lou Reed. More recently, manipulated feedback has become a signature sound among noise rockers and shredders alike, being featured in recordings and live performances by artists including Sonic Youth, Steve Vai, Nirvana, Tool, Nine Inch Nails, and Robert Fripp. Speaking of Robert Fripp, here’s an interesting quote from Tony Visconti on Robert’s work on David Bowie’s “Heroes”:
“Fripp [stood] in the right place with his volume up at the right level and getting feedback…Fripp had a technique in those days where he measured the distance between the guitar and the speaker where each note would feed back. For instance, an ‘A’ would feed back maybe at about four feet from the speaker, whereas a ‘G’ would feed back maybe three and a half feet from it. He had a strip that they would place on the floor, and when he was playing the note ‘F’ sharp he would stand on the strip’s ‘F’ sharp point and ‘F’ sharp would feed back better. He really worked this out to a fine science, and we were playing this at a terrific level in the studio, too.” 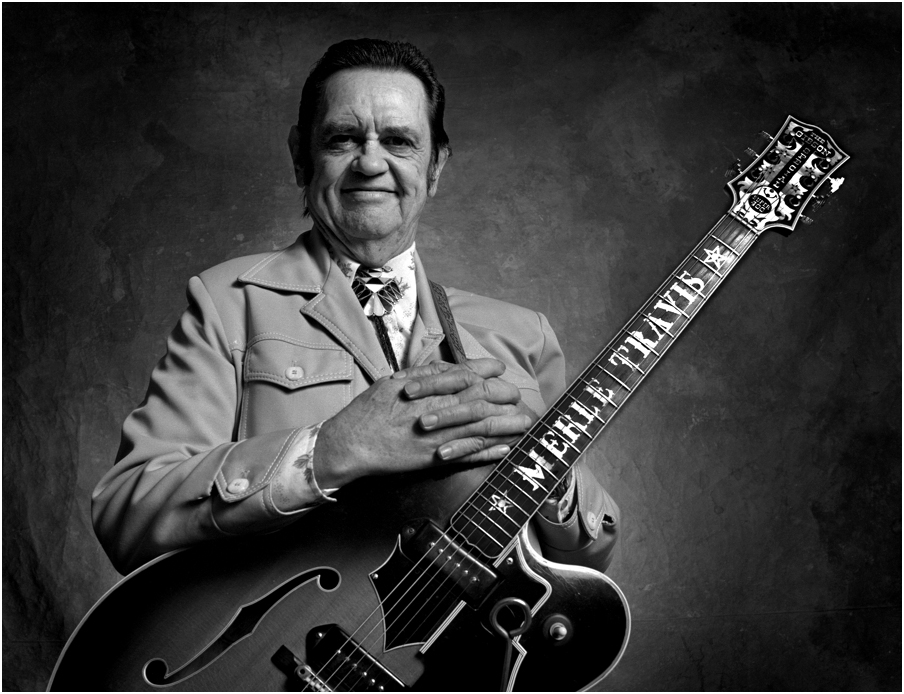 This may seem so second nature that it’s hard to believe that someone, at some point in time had to come up with this as a method of playing. It’s not that playing an instrument with one’s fingers was first done on a guitar, but there have been so many evolutions and intricacies of this method particular to the guitar that I couldn’t go without mentioning it.
Fingerpicking is what you could refer to as a sub-category of the term “fingerstyle guitar”, which is a broader term used to describe the “playing of a guitar with one’s fingers”. Specifically, fingerpicking as a technique is used to play types of folk, country, blues, and rock music, and can be dated back to the days of “Ragtime” music in the early 20th century. As ragtime became popular, southern blues-guitar players sought to mimic the piano style by using their thumb as the pianist’s left hand, and their other fingers as the right. As a result, the style typically incorporates a steady rhythm pattern using the thumb on the bass strings, and a melody using the index, middle, and ring fingers on the treble strings.
Some of the earliest known recordings of this style can be heard by blues guitarists Blind Blake, Mississippi John Hurt, and Memphis Minnie. It wasn’t long before country artists such as Merle Travis and Chet Atkins picked up on the style, and added their own signature twist to it. Since then, countless guitarists have used this style across a wide spectrum of music, all contributing to the technique we know today. 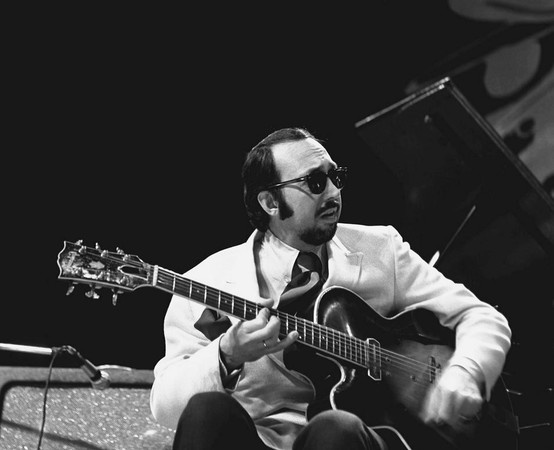 Perhaps most widely associated with speed-metal and shredding these days, the origins of the “sweep” are heavily rooted in Jazz. The technique was first used by virtuoso jazz guitarists Barney Kessel, Les Paul, and Tal Farlow in the ’50s, and didn’t make its way into the mainstream rock world until Ritchie Blackmore and Steve Hackett brought it there in the ’70s and ’80s. In the early ’90s, jazz-fusion guitarist Frank Gambale brought sweep picking into the limelight with both his music, and his instructional video / book about the technique. Today, it’s rare that you’d hear a new speed metal band that doesn’t use this technique, and shred guitarists like Yngwie Malmsteen love to use these all over their solos.
This technique is essentially the playing of arpeggios at a very high rate of speed. That said, the way in which you pick the strings is not how you would typically pluck individual notes. In order to achieve such a high speed, it’s almost as if you are strumming a chord. Your picking hand moves in one fluid motion, while your fretting hand takes care of the note selection. This is a tricky technique to master, but an impressive one once you wrap your head around it! 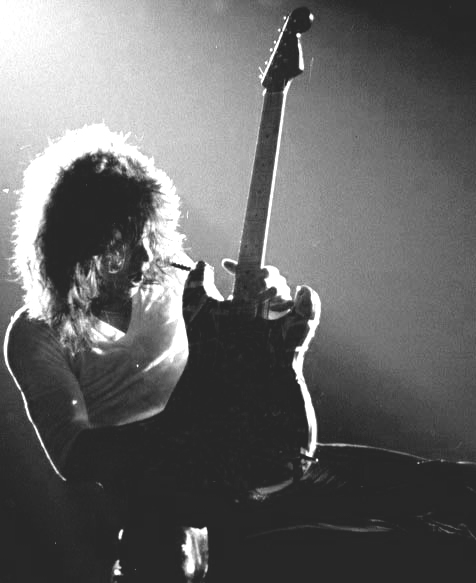 Tapping is not a technique that is exclusive to the guitar. It can be done on virtually any stringed instrument – in fact there are instruments like the Chapman Stick that require the use of this method in order to play it. The technique can be done with either one or two hands, and involves the repetitive use of hammer-ons and pull-offs (“tapping” the fingerboard) to create notes.
Similar techniques have been around for centuries, both having been used on instruments like the violin or the Turkish baglama, but the first known usage of tapping on a guitar didn’t happen until sometime in the mid-20th century. This is where things get a little foggy – ask ten guitarists who invented tapping and you’ll get ten different answers!
There is footage of Roy Smeck using the technique on a ukulele in 1932, and Harry DeArmond is alleged to have used a sort of two-hand-technique to test his pickups. Jazz guitarists like Barney Kessell are said to have used the technique in the ’50s and ’60s, and Chet Atkins did it in the ’70s – around the same time that tapping started to be seen in rock and roll. Steve Hackett, Leslie West, Frank Zappa, and Billy Gibbons are all known to have utilized the technique at this time, but the one who really launched it into the mainstream was Eddie van Halen. When his guitar solo “Eruption” was released to the world, it was like nothing ever heard before.
Regardless of who “invented” the technique, what’s important is that all of these musicians helped make it what it is today. Tapping is just another technique that’s hard to imagine the guitar being without.