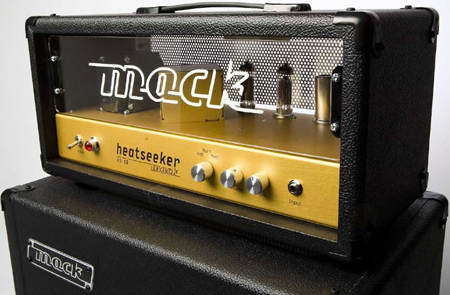 Do I need to have a loud amp? Is it worth buying a 100-watt guitar amp, or 15-watts will do? Our blog will answer all you need to know about how loud your guitar amp REALLY needs to be! 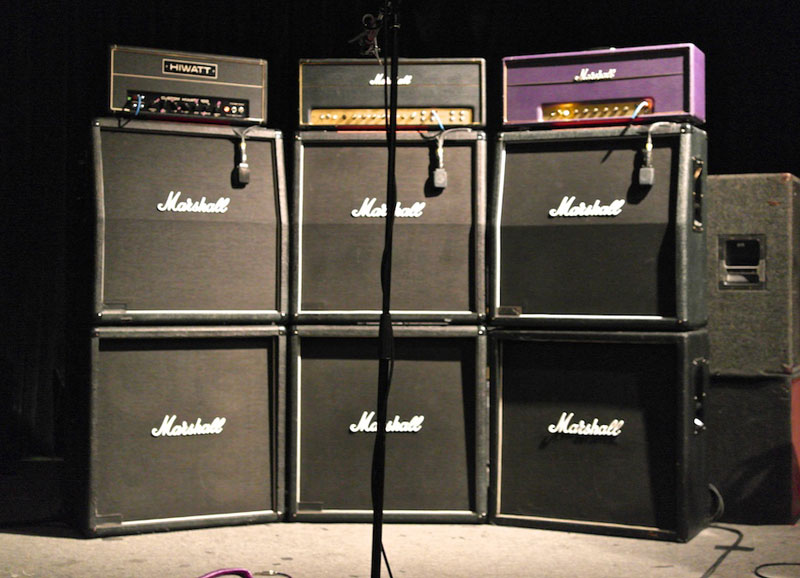 I believe that a guitar amp doesn’t need to have more than 50 watts of power… ever!

Heh! I can hear the clicking of many keyboards preparing their rebuttals to that comment!

It’s never wise to make such a sweeping generalization. But there is some sense behind my comment – at least I think so! My belief that more than 50 watts is a waste has to do with where guitarists play, the type of equipment available in live venues if a guitarist gigs, and how output power affects a guitar amp’s performance.

Guitar Amp Power Requirements Have Changed Over The Years

Back when rock and roll was young guitarists required huge amounts of back line power to fill ever larger live venues. Public Address or PA systems just weren’t up to the task of being used to amplify electric guitars so everyone in the room could hear. So, walls of 100 watt amps became a common site.

Today, if a guitarist plays a venue that would require 100s of watts of amp power to fill the room the venue will have the capability to mic the guitar amp. In that case, a 4 watt Gem or a Fender Champ could work just fine!

There’s also the unfortunate fact that some bands still insist on playing with punishingly high stage volume levels regardless of whether their amps are mic’ed. I’m not going to address this topic here – musicians should protect their hearing and the hearing of their audiences!

So, why aren’t all guitar amps under 10 watts? Because of tradition – that’s a BIG reason why lots of manufacturers still make high powered amps – and because different styles of music require different tones and varying amounts of clean headroom.

If you could compare two guitar amps that were identical in every way except one had more power than the other, what would you find?

How are they different? The 36 has more clean headroom than the 18. Otherwise, in a ‘blind; testing they sound the same.

What? The 36 has to be MUCH louder than the 18 doesn’t it? After all it has twice the power! What gives??

Guitar Amp Power and How It Relates To Volume

OK, here’s the deal with power and how it relates to volume..

So, jumping from a 25 watt amp to a 50 watt amp and then to a 100 watt amp will result in higher volume for sure. However, there won’t be nearly as much volume difference between the 25 watter and the 100 watter as you might expect. The 100 watter will be about 6 dB louder than the 25. You’ll hear the difference, but it won’t be huge. 25 watts is already REALLY LOUD! In fact, as you can now guess, 10 or 15 or 18 watts is LOUD AS HELL when you turn it up.

The above information is based on physics and how the human hear translates changes in air pressure – sound waves – to what our brain perceives as sound. It is also based on all things being equal other than output power – primarily that means that to perform comparisons you plugged the amps into the same speaker cabinets and played the same guitar through them with the same intensity.

How Many Guitar Amp Watts Do You REALLY Need?

This is how I help customers decide on how much power they really need. Bascially, we determine together how much clean headroom is required and select the amp on that basis.

Headroom is defined as being the volume at which the amp starts to overdrive or distort the incoming signal from your guitar. Fender Twins are known for producing LOUD clean tones – it’s extremely difficult to get that amp to overdrive. Therefore, it has LOTS of clean headroom.

A 1 watt amp designed to produce overdriven and distorted tones (basically more of a distortion pedal than an amp!) will overdrive at very low volume. This type of amp has very low clean headroom.

So, how do we figure out how much clean headroom and output power is required?

The louder you need clean tones the more headroom you need and the more power you require.

Now, not all amps are designed the same. Some amps of equal power are specifically designed with more or less headroom. It’s rare to get the opportunity to play an amp in your chosen venue before buying – whether you buy online or from a local store (ever tried to determine an amp’s clean headroom when the kid next to you is practicing tapping using that 100 watt Marshall?) – so you need to rely on knowledgeable players and the manufacturer to guide you. It also helps to have an unconditional, money-back guarantee so that you can get ALL your money back if for whatever reason it turns out that the amp you bought is not suitable (see Mack’s 100% Money Back Guarantee).

How Much Guitar Amp Power Is Enough?

Getting back to where we started, why do I think that 50 watts is all that would ever be required?

Because regardless of the clean headroom required, you should never be in a position where stage volume demands more power than 50 watts. A 50 watt amp turned up enough to get it into its sweet spot is PUNISHINGLY loud.

So, before you assume you need 100 watts because that’s what ___ uses, think about the music you play, how you get your overdriven/distorted tones and where you play. Then carefully consider how much power you REALLY need!

73 thoughts on “How Much Guitar Amp Power Do I Need?”