I hope you good folks have enjoyed my column so far. This column will be unlike the others as there will be not be so much technical “guitarspeak”. There will only be the truth as I know it, about being a gigging guitar player in the sometimes unfriendly world of clubs, bars and venues big and small. 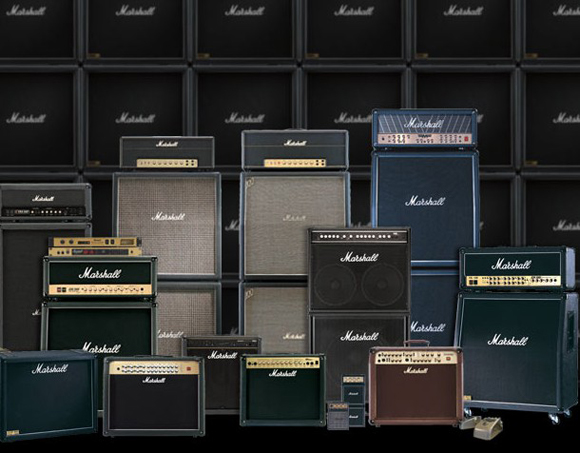 Now let us address the scourge of the alleged soundman, you know that angry guy in the sweatpants behind the soundboard that keeps telling you to turn down. Well you know what my fellow guitar slingers, don’t do it. If we all refuse en masse to turn down it will cause a groundswell where soundman across the globe will know that we ain’t turning down. And when I say turn down I don’t mean a smidge I mean to where they are happy (yeah right) and we sound like we are coming out of an AM radio. This whole concept of low volume from your amp and “I will make you big out front” is a joke. You can only amplify the sound coming from the amp and if it sounds thin? Then guess what? You will too.

Now I know when there are exceptions, like the time I saw a very famous multi guitar band from the 70’s play Madison Square Garden and they were all playing blackface Deluxe Reverbs, and the bass player was using a silver face Bassman. And they sounded awesome, but there were extenuating circumstances to this scenario. First off they were using a blackface Deluxe Reverbs, one of the best sounding amps in the history of guitar amplification. Secondly, they had a state of the art sound and monitor system, manned by the best live sound engineers money could rent. And last but not least they were all matched amps played by master musicians who respected each other, and could play dynamically.

So, should we bring a Marshall 100 watter to a club date? Probably not. I really believe that a 2×10, a 2×12 or a low wattage 4×10 will be more then enough to move some air around and get a good sound. I believe a 30. 40 or 50 watt amp is plenty for a club or bar gig as we know that you have to crank an amp to get a good tone. That is a pretty undisputable fact sorry to say.

Bring two small amps and run them with an AB switch. You can get a great tone from a very small Champ sized amp but, you will not be able to hear it well enough unless its pumped through the monitors but you must remember monitors are not voiced for guitar and it will color your sound and could impact your decisions you make onstage concerning your sound.

I will also like to state that I think that 4×12 cabinets do not work well for low wattage applications (anything 50 watts or lower). Leave your 4×12 cab at home unless it’s a big venue because you will not be able to drive it adequately to get a good tone. I have seen many bands over the years using 4×12’s in clubs for the “effect” and aside from the visual effect the only other effect I could come up with was a thin sound. Another good idea is to install tilt back legs on any amp you intend to gig with, it will give you a real picture of what you sound like, We all tend to set our amps to what sounds good to us, but what about what the audience hears. I do a little thing occasionally in my live show where I sit on the edge of the stage (for effect) and play some blues, it usually grabs the audiences attention and also made me realize how harsh sounding my rig was.

My story goes like this, when I play a club or any venue and a soundman/ club owner tells me I am a bit too loud I smile and say thank you. They are usually confused by this statement and walk away but, when questioned further I always say “I am trying to play a bit too loud”. When and if questioned further I will say “you are paying me to play guitar and I want to make sure you are getting your money’s worth.”

I will say at this point as a professional guitar player you must always keep an eye on the patrons, if any person is holding there ears or leaving you should turn down. We all want people to enjoy our music. And usually if the audience wants you to play softer you should, and if it really bothers you to play softer then just do not play there any more. Personally I believe that pleasing people with music is our number one priority.

Now having said that here are a few general suggestions:

#1. You must always bring a back up amp.
I could not personally feel comfortable at a gig knowing that if my amp goes south I will not be able to play. The show must go on! My suggestion is that you should bring a smaller but similar sounding back up amp. This will serve you three ways, one you will have a back up just in case your main amp fails, second is that it will be easier to carry and pack as it is smaller, and last but not least just in case you will have to play softer, you will be able to and still get a nice tone.

#2. You should tailor your sound around the level of the drums.
Listen to great rock records and see where the guitar is mixed in comparison to the drums. If your drummer is a tasty feel kind of cat adjust volume accordingly, nothing is more annoying than a good drummer covered up by an inappropriate guitar or bass player. Remember it”s not all about you its all about the music! If your drummer is a banger, get right there with him. Your db’s should be directly related to his, the only difference is the eq. Your eq should be in the high to low mids (unless you play the kind of metal guitar that calls for that ultra low eq), and his should be lows (kick and toms) and highs (snare and cymbals) with the bass player rounding out the sound with some ultra lows. Here’s a little advice for those of you doing your own sound, do not clutter the eq’s. What I mean here is do not shelve more then one instrument in a certain eq range as this will make them both disappear. Try your best to run as much stuff as you can through your board flat (eq) and let the natural texture of the individual instruments come through. The same thing goes for graphic and parametric eqs. The best thing about parametrics is that they are not usually set to look cool (the famous graphic eq “V’ ooohhhh). The worst thing about parametrics are that literally nobody knows how to use one.

Thanks for all your responses to my columns. Horst the Maranello lover revealed that my recent list of perfect guitars did not have one European or Asian made guitar..sorry my fellow guitar lovers, not much experience with those formidable axes, but guess what? I think I am going to have to get one of those Hofner Presidents.